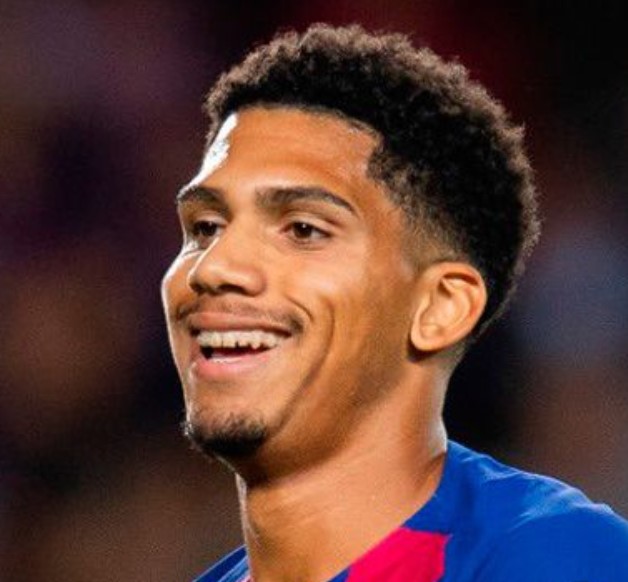 Ronald Federico Araujo da Silva, professionally known as Ronald Araujo is an Uruguayan professional football player. He plays as a defender. He started his professional football career from the Uruguayan club, Rentistas, and currently plays for the Spanish club FC Barcelona. He plays two seasons at the Boston River before transferring to Barcelona in 2018. He initially played for the Barcelona reserves until he was promoted to the club’s first team in October 2019.

On the international level, the young defender has represented the Uruguay football teams at various age levels. He has yet to make his senior international debut.

He has over 234k followers on his Instagram @ronaldoaraujo02.

What is Ronald Araujo Famous For?

Where was Ronald Araujo Born?

Ronald Araujo was born on 7 March 1999. His birth name is Ronald Federico Araujo da Silva. His birth place is in Rivera in Uruguay. He holds an Uruguayan nationality. Detail information about his parents is not available. He has a brother named Maikela.

Who is Ronald Araujo Dating?

Ronaldo Araujo is unmarried but not single. He is in a relationship. Detail information about his love life is not available at present. Araujo occasionally shares pictures with his girlfriend on his Instagram.

How tall is Ronald Araujo?

Ronald Araujo stands at a height of 1.91 m i.e. 6 feet and 3 inches tall. He has an athletic body build. He has a body weight of 91 kg. He has dark brown eyes and his hair color is black. His sexual orientation is straight.

Ronald Araujo earns from his professional career as a football player. His income comes from the contract, salary, bonus, and endorsements. He had signed a 5-year contract worth 1.7 million plus 3.5 million in variables with Barcelona in August 2018. His release clause is set at 200 million euros. His net worth is estimated at $1 million at present.

Our contents are created by fans, if you have any problems of Ronald Araujo Net Worth, Salary, Relationship Status, Married Date, Age, Height, Ethnicity, Nationality, Weight, mail us at [email protected]