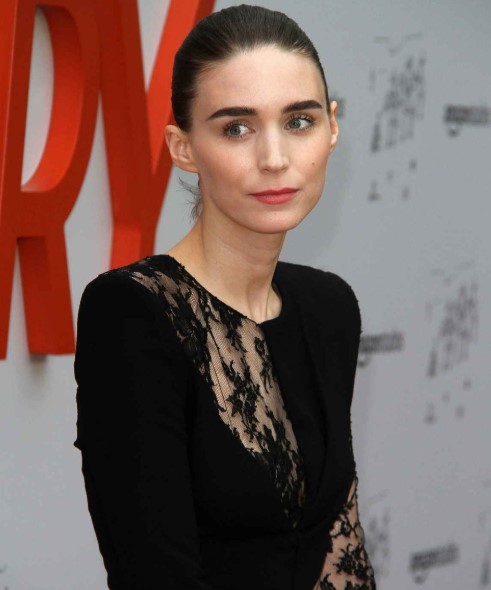 What is Rooney Mara Famous for?

Where was Rooney Mara Born? How is Mara’s Family Background?

Rooney Mara was born on April 17, 1985, in Bedford, New York, United States. Her birth name is Patricia Rooney Mara. Her nationality is American Mara belongs to mixed(Irish, German, Italian, English and French-Canadian) ethnicity while Aries is her zodiac sign.

Rooney was born as the third of the four children in a well-to-do family to Timothy Christopher Mara(father) and Kathleen McNulty(mother). Her father, Timothy is the senior vice president of player personnel and the founding family of the New York Giants, while her mother, Kathleen, is a part-time real estate agent and a founding family of the Pittsburgh Steelers, an NFL football team.

Rooney grew up in a healthy and fulfilled environment with all the privilege along with her two brothers, Daniel and Conor, and a sister, Kate Rooney Mara. Her older sister, Kate, is also a popular actress, fashion model, and film producer, known for her role as Zoe Barnes in the Netflix drama, “House of Cards”.

Mara is the great-granddaughter of both New York Giants founder, Tim Mara and Pittsburgh Steelers founder Art Rooney, Sr., as well as of Kathleen McNulty Rooney. Her paternal grandparents were well-known personality, Wellington Timothy Mara, who was one of the most influential and iconic figures in the NFL history and Ann Mara, a businesswoman and socialite.

Her granduncle, Dan Rooney, was also a popular personality, the chairman of the Steelers, and the former United States Ambassador to Ireland. Tom Rooney, U.S. Representative, and former Florida State Representative, Patrick Rooney Jr. are her cousins.

Mara attended Fox Lane High School during which she even auditioned for the school play, “Romeo and Juliet” and won the role of Juliet. After she got graduated from high school in 2003, she joined a 4-month study-abroad program, visiting Ecuador, Peru, and Bolivia in South America.

She then attended George Washington University for a year and then got transferred to New York University’s Gallatin School of Individualized Study, graduating with a degree in psychology, international social policy, and nonprofits in 2010.

Mara had an interest in acting from a young age as her mother used to make her watch old movies such as “Gone with the Wind”, “Rebecca” and “Bringing up Baby”. She also wanted to be like her sister, Kate, and during her das in NYU, she even acted in a few student films. Later at the age of 19, she did her first audition for a professional role. Eventually, she got her very first professional role( minor) in a film, “Urban Legends: Bloody Mary” in which Kate starred.

What does Rooney Mara do for Living?

Who is Rooney Mara Engaged to?

How Tall is Rooney Mara?

Our contents are created by fans, if you have any problems of Rooney Mara Net Worth, Salary, Relationship Status, Married Date, Age, Height, Ethnicity, Nationality, Weight, mail us at [email protected]