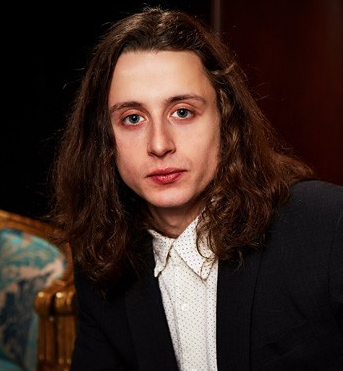 Rory Culkin is a very famous actor who is famous for his roles in movies such as Scream 4, Lords Of Chaos, You Can Count on Me, Columbus, and M. Night Shyamalan’s Signs. Moreover, he is the younger brother of actors Macaulay Culkin and Kieran Culkin. He first appeared in a photograph as a baby in The Good Son, then as Young Richie in Richie Rich (Richie being played by his brother Macaulay) and in 2002, played 10-year-old Igby in Igby Goes Down (17-year-old Igby was played by his older brother Kieran). His breakthrough role was in You Can Count On Me, opposite Laura Linney, a role for which he received much praise and a Young Artist Award. The Netflix docuseries Waco is steadily gaining in popularity on Netflix since it’s a re-release on April 16, 2020. Many fans recognize Rory Culkin, who portrays the real-life David Thibodeau.

Who are the Parents of Rory Culkin?

With the birth name/real name of Rory Hugh Culkin, he was born on 21st July 1989. His birthplace/hometown is in New York City, the USA. He is American by nationality. He was born to his family/parents; Patricia Brentrup and Christopher ‘Kit’ Culkin. His father a former stage actor with a long career on Broadway and his mother worked as a telephone operator. He is the youngest of eight children; he has four brothers: Shane (b. 1976), Macaulay (b. 1980), Kieran (b. 1982), and Christian (b. 1987), and three sisters: Jennifer (1970-2000) Dakota (1979-2008) and Quinn (b. 1984) whereas his sister Jennifer has a different mother. Moreover, he is a nephew of actress Bonnie Bedelia, who is his father’s sister. As per his education, he attended Laurel Springs School. His ethnicity is White and he is Christian by religion. His horoscope sign is Cancer. As of 2019, he celebrated his 30th birthday.

What Awards has Rory Culkin achieved?

For his role on “You Can Count On Me”, opposite Laura Linney, he received much praise and a Young Artist Award. For his role in “Mean Creek”, the entire youth cast won an Independent Spirit Award for this film. He has received three more nominations.

The net worth of this famous actor is estimated to have $1.5 Million as of 2020 whereas his exact salary is unknown but there is no doubt in the mind of his followers that he is earning a cool amount of money from his acting career. His major source of earning is from his acting career. Some of his famous movies are Scream 4, Lords Of Chaos, You Can Count on Me, Columbus, and M. Night Shyamalan’s Signs. Whereas his brother Macaulay Culkin’s net worth is assumed to have $15 Million at present. Overall, he is satisfied with his earnings. There is no information regarding his cars and house.

Who is Rory Culkin’s Wife?

Rory Culkin is a married man. He was married to his beautiful wife, Sarah Scrivener. The duo married in New Orleans, Louisiana in the year 2018. Sarah Scrivener is a cinematographer by profession. The duo met each other in 2011. As of now, the duo is having a strong relationship with the passage of time. Moreover, there is no sign of divorce between them. They do not have any child as of now.

How tall is Rory Culkin?

With the slim body build, Rory Culkin stands at the tall height of five feet six inches. His balanced weight consists of 68 KG. His hair color is brown and eye color is blue. His other body measurements such as dress size, waist size, chest size, hips size, biceps size, and more are unknown yet. Overall, he has got a healthy body. He has got a cool personality with a glowing face.

Our contents are created by fans, if you have any problems of Rory Culkin Net Worth, Salary, Relationship Status, Married Date, Age, Height, Ethnicity, Nationality, Weight, mail us at [email protected]