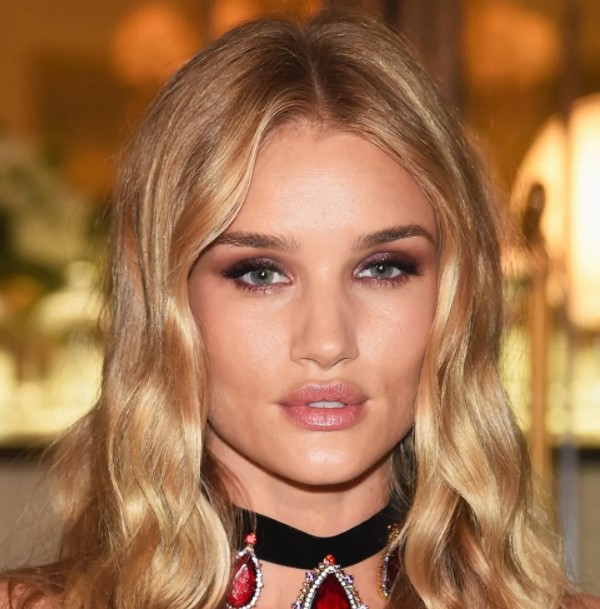 Rosie Huntington-Whiteley is a British actress and model. She is best known for her work for lingerie retailer Victoria’s Secret and Burberry Body. She made her film debut in the third installment of the Transformers series “Transformers: Dark of the Moon” as Carly Spencer. The film was a huge success commercially and earned more than $1 billion. She has also portrayed a powerful role of The Splendid Angharad in the film “Mad Max: Fury Road”. She has received several awards such as the “Elle Style Award” on the category of Model of the Year in 2009, and the “Harper Bazaar Women of the Year Award” on the category of Model of the Year and Businesswoman of the Year in 2014 and 2016 respectively. She was also named as one of the world’s highest-paid models by ‘Forbes’ magazine in 2016 and 2017 respectively.

Rosie Huntington-Whiteley is a well-known figure on social media. She has over 11.5 million Instagram followers @rosiehw and 590.8k Twitter followers @RosieHW. She already has over 198k subscribers on her YouTube channel.

Rosie Huntington-Whiteley is popular for what?

Her work for Victoria’s Secret and Burberry Body is well-known.

Rosie Huntington-Whiteley was born in the United Kingdom.

Rosie Huntington-Whiteley was born in the United Kingdom and comes from a White racial background. Aries is her zodiac sign.

In terms of her schooling, she attended Milton Abbot primary school before enrolling at Tavistock College in Tavistock, Devon, England.

Rosie Huntington-Whiteley began her modeling career at the age of 15, while still in high school. She appeared in an advertisement for Levi’s jeans in 2003.

She was featured in Teen Vogue in 2004 and made her catwalk debut in New York City with Naomi Campbell, giving her career a much-needed boost.

Rosie Huntington-Whiteley signed a contract with the American lingerie company Victoria’s Secret in early 2006, debuting at the brand’s fashion show in Los Angeles.

She was featured on the cover of British Vogue in November 2008, alongside Eden Clark and Jourdan Dunn, in a feature honoring British models. She went on to pose for Godiva and Miss Sixty the next year.

She was appointed a Victoria’s Secret Angel in February 2010 and posed for the Victoria’s Secret Fashion Show in New York City. She also posed naked for the Pirelli Calendar, photographed by Terry Richardson, and walked the runways for Prada in Milan and Giles Deacon in Paris in the same year.

She made her first solo appearance on the cover of British Vogue in March 2011, and she has since featured on the covers of Elle and GQ magazines.

Rosie Huntington-Whiteley was named the face of Australian cosmetics company ModelCo in 2013, and PAIGE named her as their spokesperson for their upcoming Spring 2015 ad campaign the following year.

In 2011, Rosie Huntington-Whiteley made her film debut as Carly Spencer in the third installment of the Transformers franchise, Transformers: Dark of the Moon.

She played The Splendid Angharad in the Australian post-apocalyptic action film Mad Max: Fury Road in 2015.

Awards and nominations for Rosie Huntington-Whiteley

For her role in the film Mad Max: Fury Road, she was nominated for a Gold Derby Award in the category of Best Ensemble Cast, alongside the rest of the cast.

Rosie Huntington-Whiteley is not dating, but she is not unattached either. Since 2010, she has been in a relationship with actor Jason Statham. The couple married in 2016, and their son, Jack Oscar Statham, was born on June 24, 2017.

Height and Weight of Rosie Huntington-Whiteley

Rosie Huntington-Whiteley is a stunning woman with a flattering Hourglass figure. She has a slender figure. She stands 1.79 meters (5 feet and 9 inches) tall and weighs about 54 kilograms (119 lbs.). 34-25-35 inches is her body measurement. She is a size 4 (US) in dress and 8.5 in shoes (US). 34B is her bra size. Her eye color is Silver, and her hair is Dark Brown. Her sexual orientation is that of a straight woman.

Rosie Huntington-Whiteley has a net worth of $1 million.

Rosie Huntington-professional Whiteley’s career as a model and actress has paid her well. Her modeling career is her main source of income. She is estimated to have a net worth of nearly $30 million as of 2020. Her remuneration has not been disclosed.

Our contents are created by fans, if you have any problems of Rosie Huntington-Whiteley Net Worth, Salary, Relationship Status, Married Date, Age, Height, Ethnicity, Nationality, Weight, mail us at [email protected]