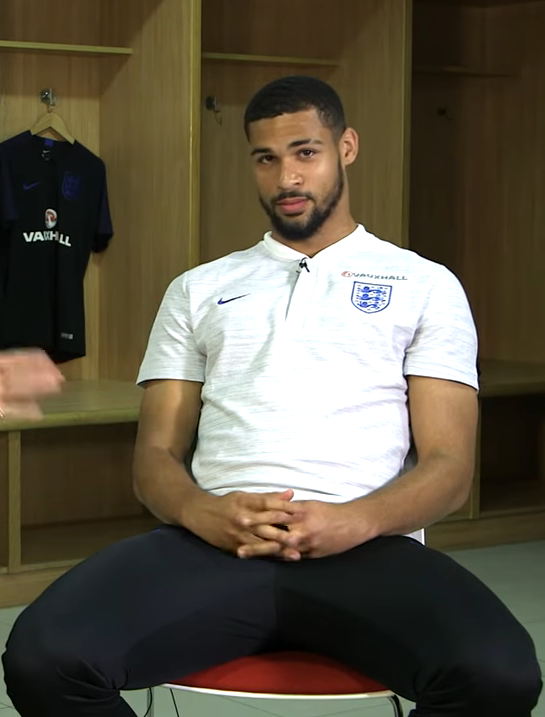 Ruben Loftus-Cheek is an English professional footballer who plays for Premier League Club Chelsea and the English national team as a midfielder.

Ruben Loftus-Cheek’s full name is Ruben Ira Loftus-Cheek who was born on 23 January 1996 at Lewis ham London. He belongs to rich family background. His father’s name is Trevor Loftus who is Guyanese and his mother’s name is Juliette Cheek who is British. He is of Guyanese descent. He has two half-brothers names Carl and Leon Cort and they both played for Premier League.

Ruben joined Chelsea at the age of eight and impressed at the beginning of the 2011-2012 season but could not play much as he had picked up the hip injury. He recovered at the end of the season and played as a substitute in the 2012 FA Youth Cup Final. In the 2012-2013 season, he made 18 appearances for the U-18 squad and nine appearances in the U-21 squad. He helped Chelsea win the FA Youth Club and was regular for the U-21 as they even won the under -21 Premier League.

Ruben Loftus-Cheek made his senior debut on 10 December 2014 for the club in the UEFA Champions’ League group match. He played his first Premier League match on 31 January 2015. He was promoted into the first-team squad on February 3. He played for Chelsea in the final of 2014-2015 UEFA Youth League in Switzerland. He made three league appearances but also he received a winner’s medal for the contribution of the season.

In the 2015-2016 seasons, Ruben Loftus-Cheek made his first appearance on 29 august 2015. He came as half substitute on 10 January 2016 in FA Club match in which he scored his first senior goal and they won the match by 2-0 against Scunthorpe United. He signed a five-year deal after the impressive performance on 29 February 2016. He scored his first League goal on 2 April. After the goal, he continued to be in starting lineup in the following two matches against Swansea City and Manchester City.

In 2016-2017 Ruben Loftus-Cheek became the striker. On 23 August 2016, he made his first appearance of the season. He scored the first goal and gave the assist to the third goal in which they won on EFL Cup against Bristol Rovers.

Ruben Loftus-Cheek joined Premier League Club Crystal Palace on a season-long loan on 12 July 2017. He made his first debut on the opening match of the season. In November 2017, he was rewarded as the senior call-up- by the manager to England’s squad for the fixtures against Germany and Brazil.

Ruben Loftus-Cheek represented England at the under-16 level in 2011 and also in U17, U19, and U21 teams. He was also called up for the U21 team being named in the provisional squad for the European Championship. He also took part in the Toulon Tournament and scored the winning goal in the final against France. After the match, he was awarded as the player of the tournament. He was also called up for England’s senior squad in November 2017. He made his debut at a friendly match against Germany. He won the man of the match title.

Ruben Loftus-Cheek was included in Gareth Southgate’s 23-man squad for the 2018 FIFA World Cup on 16 May 2018. He came as the substitute and won over Tunisia on June 18 2018 in England’s opening match.

Ruben Loftus-Cheek height is 6 feet 3 inch which is 1.91 meter and weighs 71 kg. His birth sign is Aquarius.  His net worth is under review.

Ruben Loftus-Cheek is in a relationship with Ferne McCann who is an English model, television personality, and presenter.

Our contents are created by fans, if you have any problems of Ruben Loftus-Cheek Net Worth, Salary, Relationship Status, Married Date, Age, Height, Ethnicity, Nationality, Weight, mail us at [email protected]