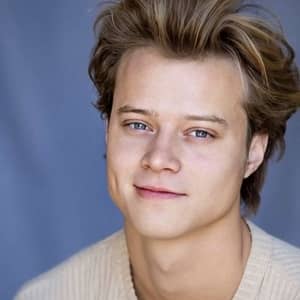 Rudy Pankow is a popular American actor. The young actor is well known for his role as JJ Maybank in the Netflix series Outer Banks.

When was Rudy Pankow born?

Rudy has not shared any details on his parents, including their names. But we do know that he was raised along with his two brothers, Alec and Henning in Ketchikan, Alaska.

For education, Rudy attended the Ketchikan High School, where he played soccer and also participated in track events. Pankow originally thought of going to culinary school. But, after he came to Los Angeles to visit some relative he considered moving there. Soon after, he attended an acting class in an institute that made it clear that he wanted to become an actor.

How did Rudy Pankow build his career?

Rudy developed his acting skills and built his career through classes at acting institutes and Studios. After finding his passion for acting, he worked relentlessly to better his skills. In this process, he enrolled at the Michael Woolson Studios to improve his skills even more.

Even after completing the course, he started playing theatre to gain more experience. During this time, he played roles in The Nutcracker, Mary Poppins, and Oliver Twist.

After the theater, Rudy started searching for roles and acted in shorts. He got roles in shorts such as Deviant and Last Summer which got him a fair bit of attention. After this, he appeared in an episode of The Politician as the other kid. He also appeared on the TV series Solved before breaking into the mainstream.

The role which launched him into popularity came in the form of JJ Maybank in Netflix’s series, Outer Banks. His character on the show is a fan favourite and after this breakout role, it is almost certain that he will appear in more and more movies and TV shows from now.

What is Rudy Pankow’s net worth?

As of 2020, Rudy Pankow’s net worth is estimated to be around 400k U.S. dollars. Rudy has just begun his career and this figure is sure to increase in the coming years. He has not revealed his annual salary as of now.

What are Rudy Pankow’s physical statistics?

Rudy stands at a height of 6 feet and weighs approximately 67 kilograms. On top of his good looks, he has a fit and attractive physique with brown hair and blue eyes.

Who is Rudy Pankow dating?

As of now, Rudy Pankow is single and not in a relationship with anyone. He has remained private on his love life and so information on his dating history and previous partners is also not known.

Rudy popularity has exploded on social media after his role in Outer Banks. Many people came to know of his acting talent and charming personality which increased his following in a short period of time. His good looks have also helped gather more followers and at the moment, Rudy has over 202k followers on Twitter and over 3.5 million followers on Instagram.

Our contents are created by fans, if you have any problems of Rudy Pankow Net Worth, Salary, Relationship Status, Married Date, Age, Height, Ethnicity, Nationality, Weight, mail us at [email protected]