Rupert Grint is an English actor and producer. 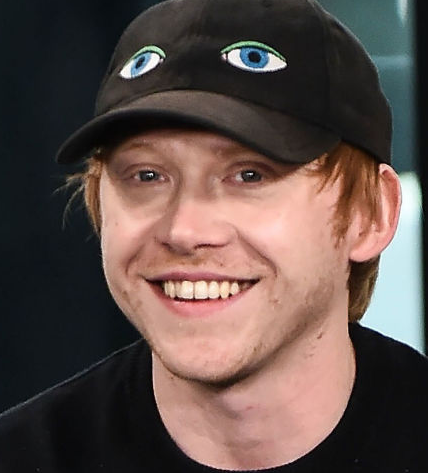 Rupert Alexander Lloyd Grint famed as Rupert Grint is an English actor and producer. He is nicknamed as Rupe. He rose into the fame after his portrayal of Ron Weasley, one of the three main characters in the Harry Potter film series. Previously, he was cast as Ron at the age of 11. He starred in all eight Harry Potter films from the year 2001 to 2011. He has had starring roles in Driving Lessons, a dramedy released in 2006, and Cherrybomb, a drama film of limited release in 2010. His new film CBGB was released in the year 2013. He starred in and was executive producer of the television series Snatch in the year 2017.

Rupert Grint says he peaked early‚ but he’s totally fine with that, really. Most people of a certain age find it impossible to look at Rupert Grint without seeing Ron Weasley. As it turns out, the actor also has a pretty hard time separating himself from his iconic Harry Potter character. Grint is currently attempting to “surprise” fans with his role on the Sony Crackle series Snatch, based on the Guy Ritchie film of the same name. He also recently signed on to co-star in an upcoming Apple original series from M. Night Shyamalan, in which he’s been perfectly cast as Lauren Ambrose’s brother. But in a Sliding Doors situation, there’s an alternate reality wherein Grint might not be on your TV (or MacBook) screen.

Harry Potter’s Rupert Grint has been dating actress Georgia Groome for seven years and people are just finding out. A tweet went viral recently as fan Lydia Wood shared a photo of the actor with actress Georgia Groome (from Angus, Thongs and Perfect Snogging), writing: “I was today years old when I found out Georgia from Angus, Thongs and perfect snogging has been going out with Ron Weasley since 2011????”.

Rupert Grint was born on 24th August 1988 with the birth name of Rupert Alexander Lloyd Grint. As of 2018, he is 30. His nationality is British. He was born in Harlow, United Kingdom. His horoscope sign is Virgo. He also has a sibling named James Grint, his brother. His religion is Christianity. He was born to Jo Grint and Nigel Grint. His mother is a homemaker and his father is a racing memorabilia dealer. His ethnicity is Caucasian.

Regarding his education, he attended Richard Hale School, in Hertford. In school, Grint took an avid interest in theatre. At the age of 16, he left school to focus on his acting career. “I didn’t really like school that much,” he later commented.

Rupert is a very handsome person with a cool attitude and personality. With his charming and clean face, he attracts a lot of people towards him. His hair color is Red and eye color is Green. His chest size is 40 in, bicep size is 14 in and waist size is 34 inches. He has a tall height of 5 feet 10 inches. He has a very balanced and healthy weight of 72 Kg of 158 lbs. His other body measurement will be updated soon.

Rupert is not married yet and he is still to get married. He met Georgia Groome in the year 2011 and they started dating each other. The couple got separated in the same year. They have been in a rumored on-again-off-again relationship since 2011. He shared a much-anticipated onscreen kiss with actress Emma Watson in Harry Potter and the Half-Blood Prince.

Previously, he dated Katie Lewis in the year 2004 but later got separated. After that, he dated Lily Allen. She is an English singer, songwriter, actress. The couple only lasted for a year. There was also a rumor that he was engaged with Kimberly Nixon in the year 2010.

Net Worth of Rupert

Rupert is a very well known actor in Hollywood. He gave numerous successful movies and portrayed the major character in several TV shows including Cross of Honor, Postman Pat: The Movie, Moonwalkers, Snatch, and many others. His net worth is surely in millions as he is a very popular actor worldwide. His exact net worth is estimated to have $50 Million as of 2018. He is earning a good amount of money from his work but his exact salary has not been revealed yet and will be updated soon.

Our contents are created by fans, if you have any problems of Rupert Grint Net Worth, Salary, Relationship Status, Married Date, Age, Height, Ethnicity, Nationality, Weight, mail us at [email protected]