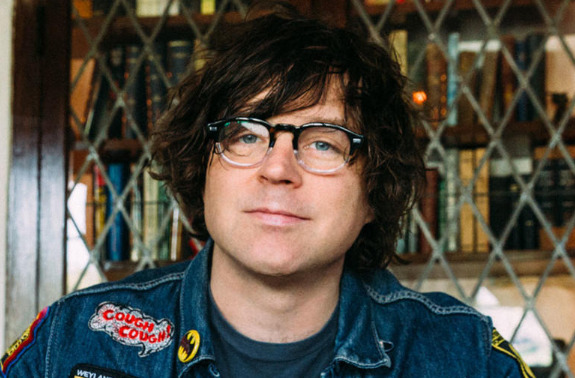 Ryan Adams, an American singer-songwriter, musician, multi-instrumentalist, record producer, and poet. He is best known for his solo career, during which he has released sixteen albums. He was married to actress Mandy Moore from 2009-2016. Their divorce was finalized in June 2016.

On February 13, 2019, The New York Times reported that several women including Mandy Moore and Phoebe Bridgers said Adams offered to assist them with their music careers, then pursued the women sexually.
In some cases Adams reportedly retaliated when they spurned his advances, sabotaging their careers and harassing them in text messages and on social media. One such accuser said that Adams sent her sexually explicit text messages when she was underage. Adams has denied the accusations

Ryan Adams was born in Jacksonville city of North Carolina, United States. His full name is David Ryan Adams. Regarding his ethnicity, Ryan is white and famous singer Adams holds an American nationality. His Father name is Robert Adams, He was a contractor and his mother name is Susan Adams, She was an English teacher.
His parents were divorced when he was five years old and father left the family and abandoned the children also. His mother with Ryan’s siblings moved to their Grandparents home, where they spent their childhood. His mother married another man when Ryan was thirteen.
He has two siblings one elder brother and one younger sister. He was the middle person in the three children family. His brother was died in 2017 due to some health issues.
Talking about his education, He attended Jacksonville High School and dropped out in tenth grade.

Awards and Achievements of Ryan Adams

There is no doubt Adams is an excellent singer. He has received many awards during his career. He is the winner of “Q Awards” and nominee of “Grammy Awards” for Best Rock Album, Best Male Rock Vocal Performance and Best Male County Vocal Performance for several time as well as nominated for NME Awards USA for Independent Solo, Brit Award for International Male Solo Artist and “O Music Award”.

Net Worth of Ryan Adams

The talented and devoted musician has accumulated the net worth of $12 million through his career. The annual income of Ryan is $2 million. During the past few years, the net worth of Ryan has hiked over 60%.

Talking about his personal Life, Ryan dated Parker Posey during his time with the band The Cardinals. Parker was found singing in several of Ryan’s records. They dated for a year and called their romance off.
Later, Ryan takes a relationship with singer and actress Mandy Moore. They were engaged in February 2009 and got married the same year in Savannah, Ga. But their relationship didn’t last long. They announced their divorce in 2015, and the divorce was finalized in June 2016. Due to his takeaway assets accounted for more than of Mandy’s, Ryan paid her $425K as a divorce settlement.

Speaking about Ryan Adams Physics, He has a height of 5 feet 8 inches tall and weighs around 76 Kg. He has a pair of brown eyes and dark brown hair color. Furthermore, He wears 10 (US) size of shoe.

Our contents are created by fans, if you have any problems of Ryan Adams Net Worth, Salary, Relationship Status, Married Date, Age, Height, Ethnicity, Nationality, Weight, mail us at [email protected]