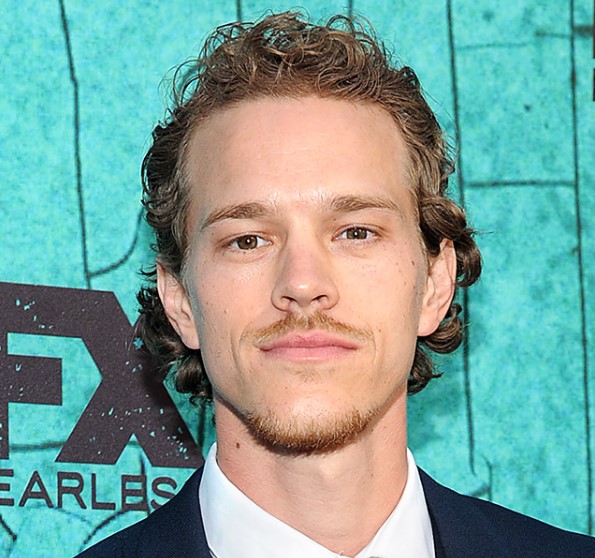 Ryan Dorsey is an American actor, model and social media personality who is well known for his appearance as Marty Hammond on the TV series, “The Vampire Diaries”. Dorsey also had guest-starred on notable television series such as “Southland”, “Parks and Recreation”, “The Mentalist” and “Shameless”.

Dorsey also got popularity for his relationship with his ex-wife, Naya Rivera who currently is presumed to be dead after she was found missing at Lake Piru in Fillmore, California on July 8, 2020. While he was married to Rivera, they had a troublesome marriage as Rivera was even arrested on a domestic battery charge against him. It was during an altercation over their only son, Josey Dorsey.

Besides, Dorsey is active in social media sites with over 69k followers on his Instagram: @dorseyryan.

What is Ryan Dorsey Famous for?

Where was Ryan Dorsey Born?

Ryan Dorsey was born on July 19, 1983, in Charleston, West Virginia, United States. His birth name is Ryan Dorsey. His nationality is American. Dorsey belongs to White ethnicity while Cancer is his zodiac sign.

Ryan was born as the son of Arnold Dorsey(father) and Patricia Healy(mother). He grew up in his hometown along with his brother, Aaron. He attended West Carolina University to graduate with a major in a theatre but he dropped out within a semester. He eventually moved to New York City and got enrolled in an acting conservatory at The New York Conservatory for Dramatic Arts.

Besides, his first career choice was to be NBA and NFL player as he has incredible basketball skills but because he suffered from a critical nose and elbow injury, he couldn’t continue to play basketball.

Ryan Dorsey was previously married to Naya Rivera. Rivera was an American actress, model, and singer, with whom he met in 2010. They connected and began dating however, they broke up as Rivera wanted to focus on her growing career as Santana Lopez on the Fox television series, “Glee”. A few weeks after they broke up, Rivera found she was pregnant with Dorsey’s baby but she aborted the baby without acknowledging Dorsey at the time.

Soon after Rivera’s split from Big Sean, Dorsey and Rivera reunited in 2014 and eventually got married in Cabo San Lucas, Mexico on July 19, 2014. On February 24, 2015, they announced of expecting their first child, named Josey Holi who was born in September 2015. However, just after 2 years of marriage, Rivera filed for divorce in November 2016 but called off the separation in October 2017.

A month later, in November 2017, Rivera was arrested and charged in Kanawha County, West Virginia with misdemeanor domestic battery against Dorsey after she allegedly hit him in the head during an altercation over their child, subsequently, she refiled for divorce in December 2017. On June 14, 2018, Rivera and Dorsey finalized their divorce and agreed to temporarily share joint custody of their son.

Besides, on July 8, 2020, his ex-wife, Rivera was declared a missing person after their 4-year-old son, Josey was found alone in Rivera’s rental boat at Lake Piru in Fillmore, California. The following day, Ventura County Sheriff’s Office officials reported that Rivera was presumed dead after they Josey told that they went on swimming but her mother never came upon the boat.

Ryan Dorsey has quite good earnings from his professional career as an actor. Having been in the field for over 5 years, Dorsey has managed to earn quite a healthy fortune from his several appearances on TV series and movies.

His net worth is estimated to be around $2 million.

Ryan Dorsey is a handsome man in his 30s. With his good looks and blonde hair, Dorsey has managed to win several hearts all around the country. He stands tall with a height of 5ft. 10inch.(1.78m) while his body weighs around 72kg(158 lbs).

He has a fit body physique of measurement 40-32-33 inches with 13 inches as his biceps size and 10(US) as his shoe size. He has a fair complexion with long blonde hair and brown eyes.

Our contents are created by fans, if you have any problems of Ryan Dorsey Net Worth, Salary, Relationship Status, Married Date, Age, Height, Ethnicity, Nationality, Weight, mail us at [email protected]