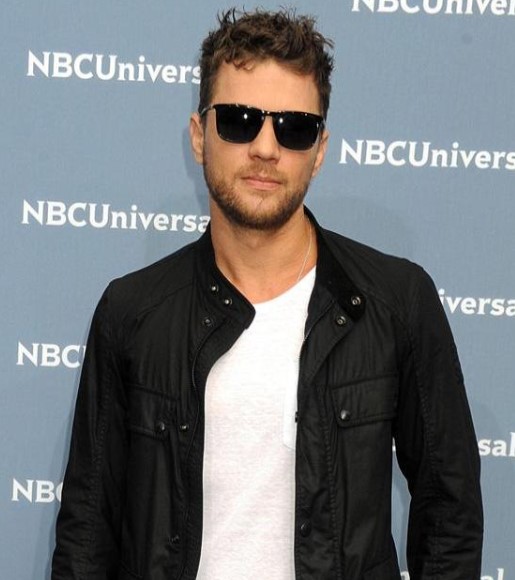 Ryan Phillippe is an American actor who is well known for his role in the horror film, “I Know What You Did Last Summer”(1997). Ryan got his starting with his appearance as Billy Douglas on the soap opera, “One Life to Live” after which he did several marvelous acting in horror films including “Summer”, “Cruel Intentions”, and “54”.

He is also known as for his relationship with his ex-wife, Reese Witherspoon, a very popular Oscar-winning actress with a whopping net worth of $240 million. Besides, Ryan is quite popular in social media sites with over 940k followers on his Instagram account: @ryanphillippe.

What is Ryan Phillippe Famous for?

Where was Ryan Phillippe Born?

Ryan Phillippe was born on September 10, 1974, in New Castle, Delaware, United States. His birth name is Matthew Ryan Phillippe. His nationality is American. Phillippe belongs to White ethnicity and is of French descent while Virgo is his zodiac sign.

Phillippe was born and raised in his hometown, New Castle, Delaware. He was born as the only son of his parents Susan Phillippe(mother) and Richard Phillippe(father). His mother, Susan, ran a daycare center in the family’s house, while his father, Richard, was a chemist. He is the only brother of his three sisters: Katelyn Phillippe, Kirsten Phillippe, Lindsay Phillippe.

He attended the local Baptist Academy where he was a good basketball and soccer player. He even practiced Taekwondo and has a black belt in the martial art. After high school, he attended Barbizon and eventually got graduated. Ryan had an interest in acting from a young age as by the time he was 15, he had started considering acting seriously, and he even began auditioning for roles. However, in spite of acting roles, he was landed a modeling job in Philadelphia.

Who is Ryan Phillippe Married to?

Ryan Phillippe was first married to the popular actress, Reese Witherspoon with whom h first met at her 21st birthday in 1997. The couple together starred in “Cruel Intentions” until then they had begun dating and eventually on June 5, 1999, Ryan and Reese got married in a small ceremony at Old Wide Awake Plantation near Charleston, South Carolina. At the time of their wedding, Reese was six months pregnant with their first child.

On September 9, 1999, the couple welcomed their first child, Ava Elizabeth Phillippe, named after actress Ava Gardner, and in October 2003, their second, . During the time of their marriage, Reese became very successful with her hit films, “Legally Blonde” and “Sweet Home Alabama” and even earned an Oscar, while Ryan almost disappeared from the limelight.

However, after 5 years of their marriage, the couple released a statement announcing that they were formally separating on October 30, 2006. Eventually, on November 8, 2006, Witherspoon filed for divorce citing irreconcilable differences as the cause. Their marriage officially ended on October 5, 2007, with final divorce arrangements settled on June 13, 2008, sharing joint custody of heir children.

How Many Girlfriend Did He Have?

In 2007, Phillippe began dating Australian actress, Abbie Cornish, with whom he first met on the set of “Stop-Loss”. Just 3 years after their relation, they broke up in February 2010. Subsequently, in summer 2010, he dated model/actress Alexis Knapp, before splitting in September 2010, however, Knapp discovered later that she was pregnant with his daughter, Kai Knapp who was born in July 2011.

He then began dating law student, Paulina Slagter in 2011, their relation also didn’t last long as they ended up in 2016. Following that in March 2017,  Slagter filed a harassment report with the LAPD after Phillippe had been harassing her via text messages even after their split.

In 2017, one of his ex-girlfriends, Elsie Hewitt, filed a lawsuit against him for allegedly punching, kicking, and throwing her downstairs, the case was later settled in October 2019. Currently, Phillippe is single and happy with his children.

How Tall is Ryan Phillippe?

Ryan Phillippe is a masculine handsome man in his 40s. Phillippe has undoubtedly a jaw-dropping athletic body physique that anyone could wish for that measures Chest: 32 inches, Waist: 26 inches, and Biceps: 32 inches. He stands tall with a height of 5ft. 9inch(1.75m) while his body weighs around 78kg(172 lbs). He has a fair complexion with blonde hair and blue eyes.

What is Ryan Phillippe Net Worth?

Ryan Phillippe has quite good earnings from his professional career as an actor. With his extraordinary performances in the movies of the late 90s, he had managed to amass a million worth fortune from his movies and endorsements. His net worth is estimated to be around $32 million.

With his million worth fortune and property, he has been living a luxurious lifestyle. However, his ex-wife, Reese Witherspoon, a very popular actress has a whopping net worth of $240 million.

Our contents are created by fans, if you have any problems of Ryan Phillippe Net Worth, Salary, Relationship Status, Married Date, Age, Height, Ethnicity, Nationality, Weight, mail us at [email protected]