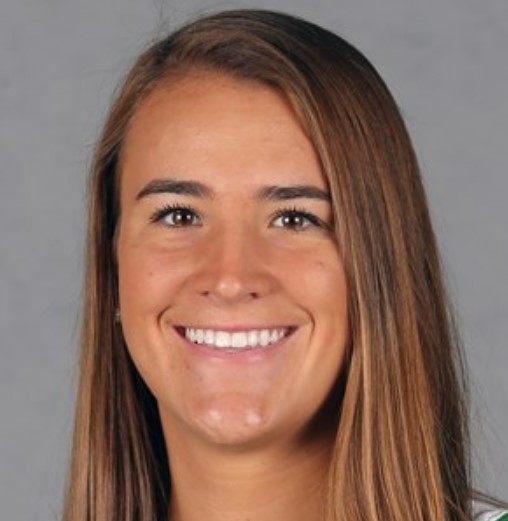 Sabrina Ionescu is an American professional women’s basketball player who currently plays for the New York Liberty of the Women’s National Basketball Association(WNBA). She has a record for being the only NCAA Division I player for scoring 2000 points, 1000 assists, and 1000 rebounds in a career. She is also the NCAA all-time leader in career triple-doubles.

Sabrina won a gold medal with the U.S. Women’s National 3×3 hoops team at the 2019 Pan American Games in Lima, Peru even received the 2019 John R. Wooden Award and both the 2018 and 2019 Nancy Lieberman Award. Before, she was a 4-year varsity basketball letter winner at Miramonte High School.

What is Sabrina Ionescu famous for?

When was Sabrina Ionescu born?

Sabrina Ionescu was born on December 6, 1997, in Walnut Creek, California, United States. Her birth name is Sabrina Elaine Ionescu. American-Romanian is her nationality. Her ethnicity is White while her zodiac sign is Sagittarius.

Sabrina was born to Romanian-American parents to Dan Ionescu(father) and Liliana Blaj(mother). Her father, Dan, fled Communist Romania around the time of the 1989 revolution, seeking political asylum in the United States while her mother, Liliana, and their oldest son, Anderi couldn’t join him until 1995.

By that time, Dan owned a limousine service in Northern California and settled there. Sabrina has 2 siblings: a twin brother, Edward, who was born 18 minutes after her, and an older brother, Andrei.

Sabrina was around three years old when she first picked up a basketball. Her twin, Edward also played basketball at the City College of San Francisco and was solely a student in the 2018–19 school year, before walking on to the Ducks men’s basketball team in 2019–20.

When she was in middle school, she wasn’t allowed to play basketball as they did not have enough players to field a girls’ team, and her school refused to allow her to play on the boys’ team.

Sabrina Ionescu isn’t dating anyone at the moment. Ionescu is an aspiring basketball player who has inspired a lot of girls to play basketball and isn’t much interested in her dating life than her successful professional life.

Besides, Ionescu was close with legendary basketball player Kobe Bryant and his daughter Gianna Bryant, who passed away in a plane crash on January 26, 2020.

What is the Net Worth of Sabrina Ionescu?

Sabrina Ionescu has quite good earnings from her career as a basketball player. Having her career started in her high school, college, national level and now as a professional, Ionescu has managed to amass a healthy fortune from her several record-breaking matches. Her net worth is estimated to be around $100k including her salary and endorsement deals.

As a top-four pick, Ionescu will earn $79,000 in salary based on the WNBA’s new collective bargaining agreement. Later, she signed a multi-year endorsement deal worth multiple times her expected salary with Nike on April 17, 2020.

How tall is Sabrina Ionescu?

Sabrina Ionescu is a beautiful fit woman in her 20s. With her perfect basketball techniques and her well-maintained athletic body physique, Ionescu has managed to win several hearts all around the country.

She stands tall with a height of 5ft. 11inch.(1.80 m) while her body weighs around 73kg(161 lbs). She has a fair complexion with light brown hair and brown eyes.

Our contents are created by fans, if you have any problems of Sabrina Ionescu Net Worth, Salary, Relationship Status, Married Date, Age, Height, Ethnicity, Nationality, Weight, mail us at [email protected]