Sadie Robertson is a famous American actress, television star, and social media icon who appears in the Duck Dynasty show, the highest-rated reality show of 2013. 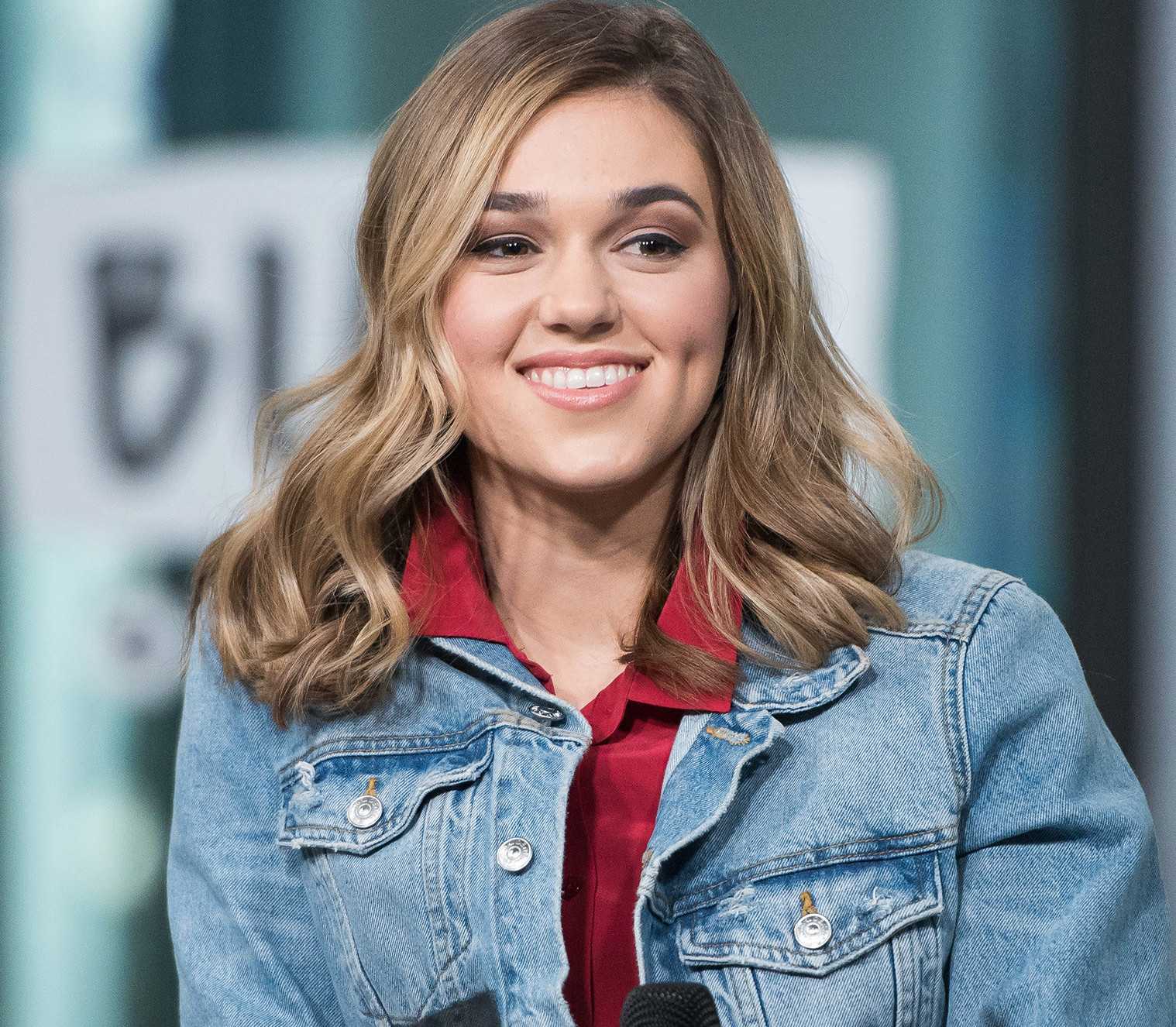 Sadie Robertson is a famous American actress, television star, and social media icon who appears in the Duck Dynasty show, the highest-rated reality show of 2013. Recently, On 9th June 2019, she got engaged with her boyfriend, Christian Huff.

What is Sadie Robertson famous for?

– Famous as an American actress and reality star of the Duck Dynasty show.

When was Sadie Robertson born?

Sadie Robertson was born on 11th June 1997 in Monroe, Louisiana, US. Her birth name is Sadie Carroway Robertson. American is her nationality. Her ethnicity is White. Gemini is her zodiac sign.

Phil Robertson(founder of Duck commander) is her grandfather and Kay Robertson is her grandmother. Her father is CEO of Duck Commander.

She was raised with her siblings in her hometown, Louisiana. She did her schooling at Ouachita Christian School.  In 2013, she finished in 6th place in the Javelin throwing competition in the state of Louisiana.

How is Sadie Robertson’s career?

– Sadie Robertson started her career as a reality TV star by making a TV debut in her family’s show “Duck Dynasty” in 2012.

– She also sang “Away in a Manger” with Alison Krauss for her family’s bestselling album, “Duck The Halls: A Robertson Family Christmas”.

– In 2014, she participated in the show “Dancing with the Stars” Season 19 and became 1st runner-up on the show.

– Robertson also appeared in movies: as Marlene in the 2016 film “God’s Not Dead 2” and as Charity in “I’m Not Ashamed”.

– She has also written a New York Times bestseller book called “Live Original” in the year 2014. She continued her writing career by writing a fiction book, “Life Just Got Real: A Live Original Novel”.

– She also designed her own dresses in a collaboration with Sherri Hill and modeled them during New York Fashion Week.

Who is Sadie Robertson Dating?

The beautiful, Robertson currently got engaged to her boyfriend Christian Huff on June 9, 2019. The couple started dating almost eight months before, in 2018 and made their minds about remaining together.

Sadie also has dated Blake Coward in 2014 and ended up their relation in 2016. After that, she dated famous American football player Trevor Knight in 2016.

What is Sadie Robertson’s net worth?

The TV personality star, Robertson has an estimated net worth of $500 thousand USD.

She is living a luxurious life with her income from her profession.

How tall is Sadie Robertson?

The beautiful star, Sadie Robertson has a well maintained slim body figure. She stands tall with a height of 5ft.6inches. She has a bodyweight of 51kg. She has a fair complexion with dark brown hair and brown eyes.

Our contents are created by fans, if you have any problems of Sadie Robertson Net Worth, Salary, Relationship Status, Married Date, Age, Height, Ethnicity, Nationality, Weight, mail us at [email protected]