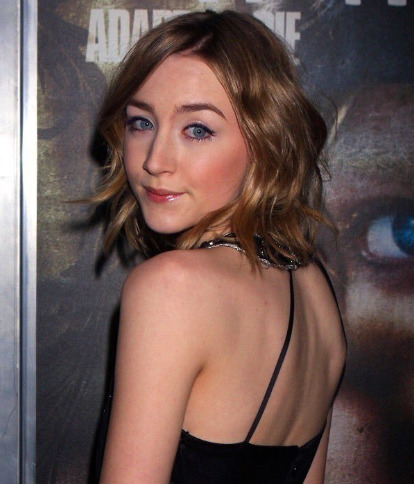 Saoirse Ronan an Irish and American actress. She came into the limelight after appearing in the 2007 movie Atonement. Furthermore, her notable works include the City of Ember, The Lovely Bones, The Way Back, and a few more.

She was dragged into controversy after she was criticized for promoting Irish stereotypes in the comedy show.

Saoirse Ronan was born in The Bronx, New York City, New York, the United States as Saoirse Una Ronan. She is the only child of Monica and Paul Ronan.

From the beginning of her childhood, she had a keen interest in acting as she began to learn from a very early age. Talking about her nationality, she holds Irish and American citizenship and her ethnicity is Irish. Her Horoscope is Aries.

Moving towards her education, she attended a local school. Later, she started to study in her home by a private tutor.

The career of Saoirse Ronan

Saoirse Ronan began her career on Irish national broadcaster RTÉ, in the 2003 prime-time medical drama The Clinic. One year later, she appeared in another TV series named Proof. She made her debut in a movie from the 2007 film I Could Never Be Your Woman.

In the same year, she also appeared in a couple of movies, The Christmas Miracle of Jonathan Toomey, Atonement, and Death Defying Acts. She got huge recognition after appearing in the big hit Atonement in which she featured along with Keira Knightley and James McAvoy. Besides this, she also earned nominations for a BAFTA Award, a Golden Globe Award, and an Academy Award for Best Supporting Actress.

Later in 2010, she played the role of Irena Zielińska in the movie The Way Back. Furthermore, she regularly kept featuring in many movies which consist of How I Live Now, The Grand Budapest Hotel, Brooklyn, Lost River, and much more. Lost River was Ryan Gosling‘s directorial debut in which she also gained huge appreciation.

In 2017, she landed various roles in a couple of movies which include Loving Vincent, Lady Bird, and On Chesil Beach. Apart from acting, she has also appeared in a few music videos which consist of Garden’s Heart by Bat for Lashes, Cherry Wine by Hozier, and Galway Girl by Ed Sheeran.

So far, Saoirse has won numerous awards which include Saturn Award for The Lovely Bones and British Independent Film Award for Brooklyn. Additionally, she has also received the Critics Choice Award, CFCA Award for Lady Bird, Sierra Award, and much more. Moreover, she is also the six-time IFTA Award winner

Net Worth and online presence of Saoirse Ronan

Being a renowned actress, she pockets a handsome amount of money from her profession. Currently, she has a net worth of $2.5 million. But her salary was not revealed yet.

In addition, she is not active on social media at all. As of now, she doesn’t hold any social accounts such as Instagram, Twitter, and Facebook. It seems she wants to maintain a fair distance from social media and doesn’t like to connect with many people through social media.

The 24-year-old actress, Saoirse Ronan is an unmarried woman. However, she has dated a couple of hunks to date. Previously, she was in a relationship with How I Live Now co-star George MacKay. The couple began dating in 2012 and their relationship lasted for a couple of months. Furthermore, there was also a rumor about her and Max Irons dating.

Since then, the couple spotted several times in the public and media. Although, they couldn’t carry their relationship for so long and broke up in September 2013. Back in 2017, the two-time Oscar nominee was also said to be dating singer-songwriter Hozier. Besides this, the lovebirds also spotted several times enjoying their company. However, she has not clarified about this news.

Saoirse Ronan has a height of 5 ft 6 inches and weighs 55 kg. Furthermore, she has a beautiful pair of blue eyes and blonde hair. Her other body measurements include 32 inches bra, 23 inches waist, and 34 inches waist size.

Our contents are created by fans, if you have any problems of Saoirse Ronan Net Worth, Salary, Relationship Status, Married Date, Age, Height, Ethnicity, Nationality, Weight, mail us at [email protected]