Sara Ali Khan is an Indian celebrity and an emerging actress in the Bollywood industry. 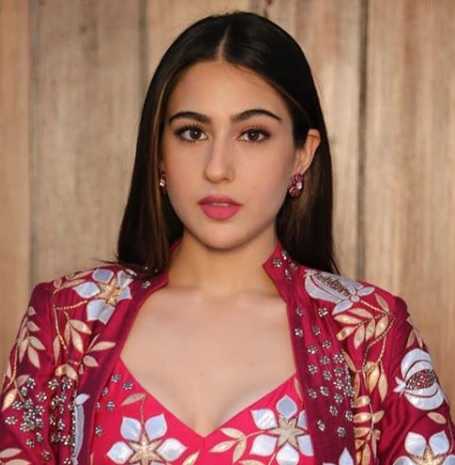 Sara Ali Khan is an Indian celebrity and an emerging actress in the Bollywood industry. She is the daughter of popular Bollywood actors, Saif Ali Khan, and Amrita Singh. Following the footsteps of her father, she has embarked her acting career from the romantic drama film, Kedarnath, released in December 2018. Sara Ali Khan has co-starred opposite to Sushant Singh Rajput in her debut film.

Sara Ali Khan’s debut film was banned in the Indian State of Uttarakhand, as it was believed to promote Love Jihad. Some priests of Kedarnath Temple, around which film is based upon, believed the film promoted Romeo Jihad and demanded to ban the film. A Bharatiya Janata Party Leader, Ajendra Ajay even wrote to the Central Board of Film Certification to ban the film. Kedarnath was then banned in the Indian State of Uttrakhand.

Following the release of Kedarnath, the movie has received mixed reviews. However, Sara Ali’s acting has received critics appreciations. She has done her role with perfection as veterans.

Sara Ali Khan was born on 12 August 1995. She was born to Saif Ali Khan and Amrita Singh. She was born in Geneva in Switzerland. She belongs to Bengali and Pathan descent through her father and to Punjabi descent through her mother. She is a member of Pataudi family and is also the granddaughter of Mansoor Ali Khan Pataudi and Sharmila Tagore, She has a brother, Ibrahim Ali Khan and a half-brother, Taimur Ali Khan. Her brother Ibrahim previously worked as a child actor in 2008 Indian film, Tashan.

She attended Columbia University in New York. She also holds a degree from the London School of Economics in London.

She holds Indian nationality. Her zodiac sign is Leo. She follows Islam

As a teenager, She had a plus-size body. She was diagnosed with Polycystic ovary syndrome, which was one of the cause for her weight gain. She used to workout daily under a strict schedule to get her body in proper shape.

Sara Ali Khan acted in an advertisement when she was just 4 years old.

In 2018, she made her film debut in the inter-faith romance Hindi film, Kedarnath. The movie is about a Hindu girl who falls in love with a Muslim boy. She plays the role of Hindu girl, while Sushant Singh Rajput plays the role of Muslim Porter boy opposite to her.

The film was banned in the Indian state of Uttarakhand. The reason is, priest of Kedarnath Temple believed it promoted Love Jihad. Political Leader of Bharatiya Janata Party (BJP) wrote to the Central Board of Film Certification to ban the movie for the same reason.

The film was released in December 2018, which received mixed reviews. Sara Ali Khan received critical praises as it was her debut in the film industry.

She will appear alongside Ranveer Singh in Simba, which is the remake of the 2015 Telugu film, Temper. The movie will be produced and directed by Rohit Shetty. Karan Johar will co-produce the film.

Sara Ali Khan belongs to Royal Pataudi family from his father’s side. Her parents separated in 2004. Her mother was granted the legal guardianship of Sara Ali and her brother, Ibrahim. His father, Saif Ali then married another popular Indian actress, Kareena Kapoor. Sara Ali and her stepmother Kareen have good terms.

Sara Ali Khan Stands approximately at the height of 1.65m i.e. 5 feet and 5 inches. She has a body weight of 110 lbs i.e. 50 kg. Her body measurements are approximately 32-26-34 inches. She has dark brown eyes and her hair color is black. During her teens, she gained weight. She followed strict workout rules to maintain her body fit.

Net Worth of Sara Ali Khan

Sara Ali Khan is an emerging actress. She has made her film debut this year. The net worth of her will be updated soon.

Our contents are created by fans, if you have any problems of Sara Ali Khan Net Worth, Salary, Relationship Status, Married Date, Age, Height, Ethnicity, Nationality, Weight, mail us at [email protected]