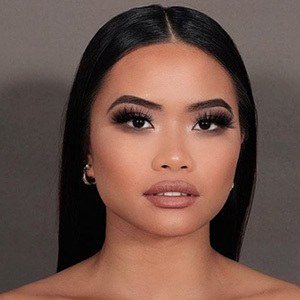 Sarah Magusara is a social media star from Australia who has earned immense popularity on the TikTok platform. She is most popular due to her lip-sync, acting, and dubbing videos. She has also become an Instagram sensation known for sharing her modeling photos and pictures from her day-to-day life.

When was Sarah Magusara born?

The star was born on August 22, 2001, in Brisbane, Queensland, Australia. Sarah Magusara is Australian by nationality and her zodiac sign is Leo. As of 2020, her age is 19 and she hasn’t shared much about her family details.

Moreover, she has a sister named Giselle who is also an active Instagram user. Their mother’s name is Ann Abelardo Magusara, but details about her father are not available. Her family is of Filipino descent and they migrated to Australia for work purposes.

How did Sarah Magusara pursue her career?

During her earlier days, Sarah Magusara started by uploading pictures from her daily life to Instagram during 2014. It didn’t take her long enough before she set her own image in the widely popular platform. Soon seen she posted her first video on TikTok which was a lip-synced video along with amazing hand moves.

After her first video went viral overnight, she even started making similar videos. She receives about a million likes on each video of her.

In 2016, Sarah Magusara started her self-titled YouTube channel. She initially started with her dance clips that were very appreciated by the fans. Lately, she started sharing her travel vlogs and the channel currently has over 170k subscribers.

What is Sarah Magusara’s height and weight?

The beautiful TikTok star stands at a height of 5 feet 5 inches tall and weighs about 60 kg. Likewise, Sarah has brunette hair, her perfect body, and the captivating black colored eye is a jaw drop for any viewer. According to several media sources, she started her workout sessions soon after her birth of the child. This helped her lose weight and get back in such shape.

Is Sarah Magusara in a relationship?

As of the year 2020, Magusara is in a relationship with her long time boyfriend Pieta Warbrick. The couple began dating in December 2017 and even celebrated two years anniversary. Sarah even introduced her first daughter Zamira Rose in September 2019.

What is Sarah Magusara’s Net Worth?

As a fan favorite social media personality, she has about 1.4 million followers on her official Instagram profile @sarahmagusara. Her equally popular TikTok profile holds about 15.2 million. Likewise, her self-entitled YouTube channel has amassed about 362k subscribers to date.

Our contents are created by fans, if you have any problems of Sarah Magusara Net Worth, Salary, Relationship Status, Married Date, Age, Height, Ethnicity, Nationality, Weight, mail us at [email protected]