NHL player, Ron Duguay has confirmed that he is dating Sarah Palin. And now both are not shying from displaying their love in public. The couple was in New York City recently holding hands and walking down the streets.

Initially, politician Sarah Palin, 58 and NHL player, Ron Duguay, 64 were not admitting their relationship status. But now, after Ron went public about their romantic relationship, the couple have not been shy of showing off their great love in public. Recently, the duo was in New York City. They were walking along the streets of the Big Apple holding hands. This was on Friday 11 February 2022. Ron was in a dark grey jacket and black jeans. While Sarah was in a fitted black coat, leggings and a faux fir scarf. She was holding a rose in her hand probably given to her by her boyfriend.

The couple had a dinner at Little Italy restaurant. They dined at Gelso and Grand and were seated outdoors at that place. They purchased some garlic bread and a salad. Later, they had a glass of margarita each. This was celebration of Sarah’s birthday. Their New York Times defamation trial also completed its seventh day on 11 February.

Earlier in the day before the trial, reporters from The Daily Beast queried him about his romance with Sarah. At that time, the athlete denied it and replied:

But when a reporter from the media outlet texted to him:

“Are you dating Sarah Palin?”

Prior to getting romantically involved with Ron, Sarah was in a marital relationship with Todd Palin. Their married life lasted 31 years. And on 6 September 2019, Todd filed for divorce from Sarah. 6 September was his birthday. And this date was just 6 days after their wedding anniversary. It was a surprise to Sarah even though he had told her about it before his email. She said:

“I found out from an email from an attorney saying that she was hired and that was on June 19th, I’ll never forget it,”

“It was devastating. I thought I got shot. I’m sure so many of you either — maybe you’ve been through [divorce] or you have people whom you love — you’ve witnessed how horrible it is. But I just think, wow, maybe except for the death of a child, I don’t know what could be more… Yeah, it hurts.”

Ron Duguay and his life

As regards his personal life, Ron married California model Robin Bobo on 1 December 1983. They have two daughters together but their marriage ended in a divorce. Later, he wed former fashion model Kim Alexis in 1993. He relocated to Florida. But divorced in 2016. 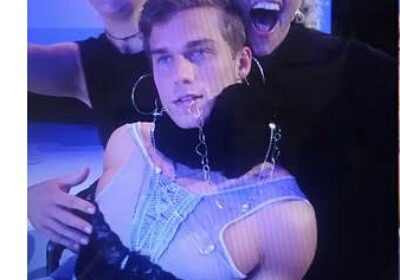 Madison Cawthorn and his various controversies. Know about his recent photos in women’s lingerie!