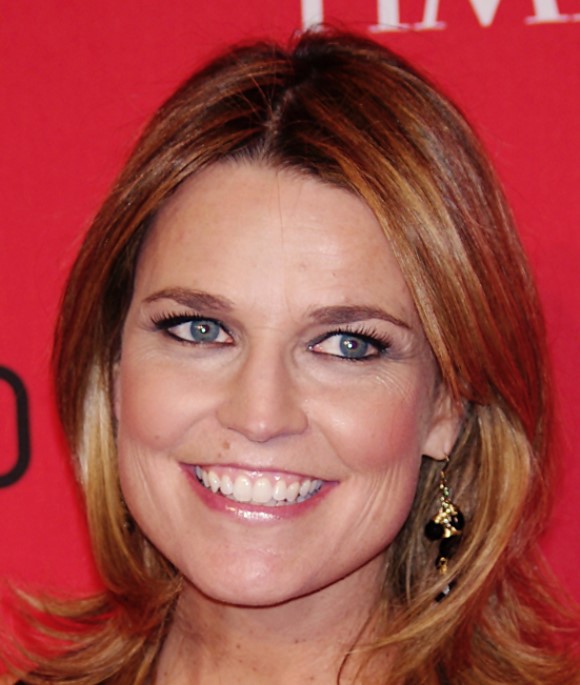 Savannah Guthrie is an Australian-born American broadcast journalist and attorney who is well-known for being the main co-anchor of the “NBC News morning show Today” since July 2012. Guthrie has been hosting the annual Macy’s Thanksgiving Day Parade since 2012. She initially worked at ABC affiliate KMIZ for two years. She also served as a White House Correspondent from 2008-2011. She got included in Time magazine’s 100 Most Influential People of 2018.

Besides on Thursday night on October 15, 2020, Guthrie interviewed the 45th and the current US president, Donald Trump in a town hall. She pressed the US president on his COVID-19 diagnosis and his latest negative test. She also asked him about his retweet this week of a conspiracy theory that Biden to have Seal Team 6 killed to cover up the fake death of Osama Bin Laden.

What is Savannah Guthrie famous for?

Famous as an American journalist and attorney

Known for being the main co-anchor of the “NBC News Morning Show Today”.

Where is Savannah Guthrie from?

Savannah Guthrie was born on December 27, 1971, in Melbourne, Victoria, Australia. Her birth name is Savannah Clark Guthrie. American-Australian is her nationality. Her ethnicity is White. She is of Aussie-American descent. Capricorn is her zodiac sign.

Guthrie was born to Charles Guthrie(father) and Nancy Guthrie(mother). She has two siblings named Camron Guthrie and Annie Guthrie. After her birth, her family moved back to the United States who were in Australia for her father’s work.

Then, she was raised in Tucson, Arizona with her siblings. She did her schooling at Amphitheater High School. Growing, she started gaining interest in journalism and she decided to pursue her career as a journalist.

Following her decision, she attended the University of Arizona and later got graduated with a B.A. in journalism in 1993. While enrolling at the university, she became a member of the Arizona Alpha Chapter of Pi Beta Phi.

Savannah Guthrie is a married woman. She is currently married to Michael Feldman. Feldman is a Democratic political and communications consultant. The couple started dating each other in 2009 and they finally tied the knot on March 15, 2014.

Previously, Guthrie was married to BBC News presenter, Mark Orchard with whom she tied the knot in December 2005. They got divorced in 2009. Besides, she also had an eye injury in November 2019 after her son accidentally threw his toy train into her right eye. However, she got treated well and she quickly recovered from her injury.

Savannah Guthrie has earned a good amount of money from her professional career as a journalist. Having her career started in 1993 by joining ABC affiliate KMIZ, she has managed to stand tall as a co-host of the “NBC News morning show Today”. With all of her earnings, Guthrie has a quality net worth estimated to be around $30 million. She has an annual salary of $8 million from her job at NBC.

Savannah Guthrie is a beautiful lady in her late 40s. She has a healthy average body physique. She stands tall with a height of 5ft 10 inches while her body weighs around 60kg. She has a fair complexion with blonde hair and a pair of blue eyes. Her body measurement is 34-27-32 inches. She wears the shoe of size 9(US).

Our contents are created by fans, if you have any problems of Savannah Guthrie Net Worth, Salary, Relationship Status, Married Date, Age, Height, Ethnicity, Nationality, Weight, mail us at [email protected]