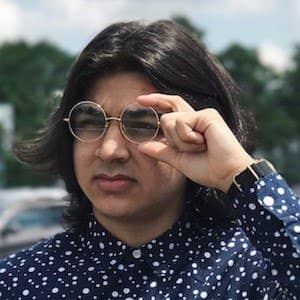 Scrubzah is widely known for being a social media personality and YouTube star from Canada. Scrubzah rose to fame from his YouTube channel for his ‘MAILING MYSELF CHALLENGE | 24 HOUR OVERNIGHT CHALLENGE IN A CARDBOARD BOX (HUMAN MAIL CHALLENGE)’. The video skyrocketed the career status of the star.

Scrubzah was born on 20th September 1998 in Canada. He is Canadian by nationality and is currently 22 years old. He goes with his Internet name “Scrubzah” and has not verified his real name in the public domain yet. Similarly, talking about his family and childhood, he belongs to a mixed ethnic background having multiracial roots background.

Furthermore, in personal life, he has two siblings, one older sister, and a younger brother. However, he has not shared their names anywhere in the media sites yet. Likewise, Scrubzah loves playing rugby besides making vlogs and videos for his YouTube content. Besides this, there is no information regarding his parents and his childhood. Academically, Scrubzah is an undergraduate student and he completed his high school from Woodroffe High school in Ottawa, Canada.

How Scrubzah rise to stardom?

Professionally speaking, Scrubzah is a social media personality who is famous for his fun and bizarre content on his ‘Scrubzah’ Youtube channel. Besides this, Scrubzah also has a Twitch account @Scrubzah in which he has an outstanding number of followers in it.

Likewise, It was not until 14th February 2016, when Scrubzah created the channel on YouTube. His first video to be uploaded is ‘WELCOME TO SCRUBZAH (CHANNEL INTRO)’ which dates back to 25th March 2016. Through his channel, he mainly posts challenge videos he does with his family members and friends, other gaming as well as goofy pranks in public videos. However, Scrubzah hasn’t received many notable awards and nominations yet through his career on social media.

Furthermore, Scrubzah has uploaded over 619 videos on his channel throughout these years having more than 210 million views on the channel. Moreover, his most popular video is ” TOLD MY 5-YEAR-OLD LITTLE BROTHER IF HE GETS A VICTORY ROYALE!” containing over 6.4 million views on it. Besides this, his early video contains ‘CRAZY MANNEQUIN CHALLENGE WITH REAL’, ‘DIY YOUTUBE PLAY BUTTON| BRONZE 1000 SUBSCRIBERS’, and ‘EXTREME KILLER CLOWN SCARE PRANK’. Likewise, The video that boosted the popularity of Scrubzah is “MAILING MYSELF CHALLENGE| 24 HOUR” has the second-highest views on it.

How much net worth does Scrubzah hold?

For the income and wealth details of Scrubzah, he has estimated net worth of around $1 million – $5 million. Scrubzah is very celebrated on his social media accounts by his fans, having more than a million subscribers on his Youtube channel. He gains most of his income through his Youtube channel. It’s not a matter of surprise how he built such a fortune out of his career as he has done a lot of hard work for his profession.

Referring to the dating life of Scrubzah, he is currently single and not dating anyone at the moment. He is straight however, he is passionate more about his career than committing himself in a romantic relationship. Likewise, he hasn’t been linked to many people romantically in the past. And, Surfing through his social media posts, he seems to be enjoying his single life.

Talking about the physical status, Scrubzah is a self-contained person and hasn’t revealed much of his personal details. Hence, Scrubzah’s weight is Unknown & height is Not Available at the moment. Furthermore, he has fair skin type with black hair and a pair of dark brown eyes color.

When it comes to social media presence, Scrubzah is available on other social sites like Twitter and Instagram besides his Youtube channel. Furthermore, he goes by the username @thescrubzah on Instagram and has 100k followers in it. Similarly, he has about 10.4k followers on his Twitter handle @Scrubzah. Furthermore, Scrubzah YouTube channel has gained up to over 1.86 million subscribers with 629 videos as of 2020.

Our contents are created by fans, if you have any problems of Scrubzah Net Worth, Salary, Relationship Status, Married Date, Age, Height, Ethnicity, Nationality, Weight, mail us at [email protected]