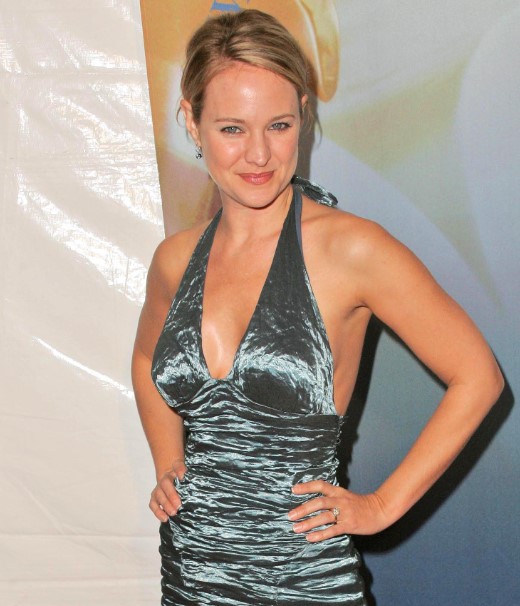 Sharon Case is an American actress and former model who is widely recognized for her portrayal as Sharon Newman on the soap opera, “The Young and the Restless”. For her performance in the show, she even won the 1999 “Daytime Emmy Award” for Outstanding Supporting Actress in a Drama Series. Sharon is also known for her roles on series including her debut series, “General Hospital” and “As the World Turns”.

Sharon was named as the first TV actor to be featured on the cover of the men’s lifestyle journal ‘FHM’ in December 2001. Besides, she is quite active in social media sites with over followers 152k followers on her Instagram: @sharonlcase and Twitter with the same name.

What is Sharon Case Famous for?

Where was Sharon Case Born?

Sharon Case was born on February 9, 1971, in Detroit, Michigan, United States. Her birth name is Sharon Case. Her nationality is American. Sharon belongs to White ethnicity while Aquarius is her zodiac sign.

Sharon was born and raised in an upper-middle-class family, who later relocated to Chatsworth, California when Case was 3 years old. Sharon had an interest in acting and dancing since her childhood that she even had her parents enroll her in dancing lessons.

Later, when she was 17, her family relocated to Japan where she stayed for six months before moving back to the United States. She began her career as a model and even began appearing in auditions and modeling events since her teenage only. After returning back to Los Angeles, she got lead role credits in the musicals such as “Grease”, “The Wizard” and “The Nutcracker”.

Sharon Case has won all awards for her performance in the soap opera, “The Young and the Restless” only.

Who is Sharon Case Dating?

Sharon Case was first married to businessman Sandy Corzine. Case and Corzine dated for over 2 years and then got married in a secret wedding in Mexico in April 2007. However, after 2 years of their marriage, they divorced in November 2009, citing personal disputes. Just 6 months of her divorce, she lost her very own dog, Jack.

Sharon then had a short-lived relationship with country singer and songwriter, Jimmy Wayne. They began dating in October 2009, however, their relation didn’t last long. Sharon is dating her co-star from “The Young and Restless”, Mark Grossman. Mark is better known for his role as Adam Newman and together with the couple shine on the on-screen.

During late 2019, Sharon and Mark uploaded photos together showing their off-screen chemistry as well which is yet to be official. Currently, Case is living a quarantine life with her family.

What is the Net Worth of Sharon Case?

Sharon Case has quite great earnings from her professional career as an actress. Having worked in the field for over 4 decades, she has managed to amass a healthy fortune from her several appearances on various TV series, shows, and films. Her net worth is estimated to be around $3 million.

Besides, Case also makes money from her fashion jewelry line called “POMP” which was created on January 29, 2010, by herself and her best friend and fashion stylist Elif Inanc.

How Tall is Sharon Case?

Sharon Case is a gorgeous lady whose beauty is enhanced even in her 50s. With her seductive-peachy and attractive body, she has won several hearts all over the world. She had a well maintained slim body physique of measurement 37-25-36 inches with 37 B as her breast size.

She stands tall with a height of 5ft. 7inch.(1.70m) while she has a bodyweight of around 64kg. She has a fair complexion with blonde hair and blue eyes.

Our contents are created by fans, if you have any problems of Sharon Case Net Worth, Salary, Relationship Status, Married Date, Age, Height, Ethnicity, Nationality, Weight, mail us at [email protected]