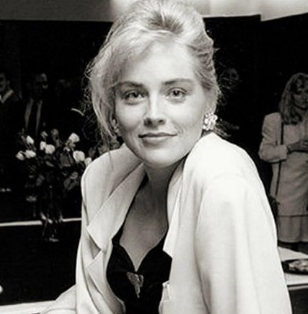 Sharon Vonne Stone famed as Sharon Stone is an American actress, former fashion model, as well as a producer. She is the recipient of a Golden Globe Award and has received nominations for an Academy Award, a Primetime Emmy Award, and two Screen Actors Guild Awards. She was regarded as a sex symbol after her appearance as Catherine Tramell in the erotic thriller ‘Basic Instinct’. Moreover, she has appeared in several other movies and television series including Martin Scorsese’s ‘Casino’, ‘The Mighty’, and ‘The Muse’ among others. She has also starred in the series Agent X (2015), Mosaic (2017), and The New Pope (2019).

Sharon Stone has been blocked from using the dating app Bumble.

In an age when fake profiles and catfishing are common, some Bumble users assumed a profile claiming to be Sharon Stone couldn’t possibly be genuine. It turned out to be the case. Stone, who has appeared in films such as Basic Instinct, tweeted on Monday that her online dating account had been blocked. “It couldn’t really be me, according to some users! Is being me exclusionary, @bumble? Please don’t kick me out of the hive “Stone followed up with a screenshot. In the meantime, Users of Bumble have reason to be wary. Scams on the internet can range from irritating to expensive. According to Consumer Reports, 35% of those polled believed they’d been “grossly fooled” by someone’s dating profile, and 12% said they’d been scammed. Via a spokeswoman, Stone declined to comment further. Clare O’Connor, the editorial director of Bumble, replied to Stone on Twitter, saying, “@bumble was able to locate your account, unblock it, and ensure that this does not happen again. You’re free to resume your bumbling! Thank you for your patience, and we hope you find your honey.”

Sharon Stone was born in the United States.

Sharon Stone was born Sharon Vonne Stone on March 10, 1958, in Meadville, Pennsylvania. Dorothy Marie and Joseph William Stone II were her parents when she was born. Her father was a tool and die maker and factory worker, and her mother was an accountant. She has an older brother named Michael, a younger sister named Kelly, and a younger brother named Patrick. Since she was a teenager, she has been fascinated by the world of modeling. She is an American citizen with a cultural heritage that includes English, German, Scottish, and Irish. She attended Saegertown High School in Saegertown for her studies. She later enrolled at Edinboro University of Pennsylvania, but dropped out to pursue a career as a fashion model in New York. She returned to Edinboro University in 2016 to finish her degree. In the year 2019, she turned 61 years old.

What makes Sharon Stone so well-known?

Stone began her career as a model, but she later changed her mind and chose to pursue a career in acting.

She had a brief appearance in the 1980 film ‘Stardust Memories.’

She also played Lana Marcus in the 1981 film “Deadly Blessing.”

On December 4, 1982, she starred as a ditsy bimbo meter maid in the TV series “Silver Spoons.”

She has also starred in a number of other films and television shows.

She has over 120 acting credits to her name.

Other films and television shows in which Stone has appeared include ‘Mosaic,’ ‘The Disaster Artist,’ ‘All I Wish,’ ‘Agent X,’ ‘Life on the Line,’ ‘Law & Order: Special Victims Unit,’ ‘Basic Instinct 2′, ‘Will & Grace,’ ‘The Practice,’ ‘Harold and the Purple Crayon,’ ‘Roseanne,’ ‘Sliver,’ ‘War and Remembrance

She’s already a producer with over 15 credits and a writer with two credits.

She appeared in the biographical film The Disaster Artist as part of the ensemble cast (2017).

The next year, Stone appeared in Steven Soderbergh’s HBO murder mystery Mosaic.
Stone will appear in the upcoming Netflix drama series Ratched, which was confirmed in January 2019.

She has also featured on the covers of magazines and in photo shoots.

She is also an activist who has visited Israel to support Middle East peace.

In 1996, she was nominated for an Academy Award for Best Actress in a Leading Role for her performance in the film “Casino.”

She has a total of 22 wins and 36 nominations to her credit.

Who is Sharon Stone’s husband?

Sharon Stone is a happily married woman. From August 18, 1984, to January 20, 1987, she was married to Michael Greenburg. She was also married to Phil Bronstein. The couple married on February 14, 1998, and divorced on January 29, 2004. In the year 2000, they adopted a son named Roan Joseph Bronstein. Her second son, Laird Vonne, was adopted in 2005, and her third son, Quinn Kelly Stone, was adopted in 2006. Sharon Stone is currently in a relationship with Angelo Boffa. The couple is now enjoying a quiet life free of disruptions.

Sharon Stone’s net worth is unknown.

Sharon Stone is a model and actress who has had a lot of success. She has amassed a large sum of money through her work. Her acting career provides her with a source of income. Sharon Stone’s net worth is estimated to be $60 million as of 2019, but she has yet to announce her new salary. However, there is no question in the minds of her supporters that she is making a good living from her current job. She is happy with her salary.

Sharon is a stunning woman with enticing body features. She has a very attractive smile and a glowing face that draws a lot of attention to her. She stands at 5 feet 812 inches (174 cm) tall. Her body weight is approximately 58 kg (128 lbs). She is 36 inches tall, 25 inches wide, and 35 inches long. Her eye color is silver, and her hair is dark brown. She takes great care of her body, even at the age of sixty-one. She exercises and eats well. She has a very balanced body in general.

Our contents are created by fans, if you have any problems of Sharon Stone Net Worth, Salary, Relationship Status, Married Date, Age, Height, Ethnicity, Nationality, Weight, mail us at [email protected]