David Shepard Smith Jr. is an American broadcast journalist for NBC News and CNBC, where he serves as chief general news anchor and hosts The News with Shepard Smith, a daily evening newscast launched in fall 2020. 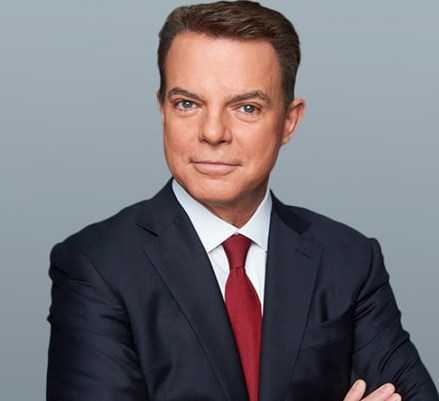 We have a product for sale called news, and I'm a salesman.

We don't communicate in full sentences anyway. We don't need all those words.

And yet, something inside you is so horrible or you're such a coward or whatever the reason that you decide that you have to end it. Robin Williams, at 63, did that today.

David Shepard Smith Jr., popularly known as Shepard Smith or simply Shep Smith is an American broadcast journalist. He rose to prominence as the chief anchor and managing editor of Fox News Channel’s breaking news division. He had joined the network in 1996. He is the former host of Fox News’ evening newscast, The Fox Report with Shepard Smith, and Studio B. He started his own program Shepard Smith Reporting in 2013. After working for 23 years at Fox, he announced in October 2019 that he was leaving Fox.

What is Shepard Smith Famous For?

Where was Shepard Smith Born?

Shepard Smith was born on 14 January 1964. His birth name is David Shepard Smith Jr. His birth place is in Holly Springs, Mississippi in the United States. He holds American nationality. He was born to a father, David Shepard Smith Sr., and a mother Dora Ellen Anderson. His father is a cotton merchant, whereas his mother is an English teacher. He has a brother named Benton Smith. His zodiac sign in Capricorn.

He attended Marshall Academy in Holly Springs. His parents separated after he completed high school. Thus, he moved to Florida with his mother. He later attended the University of Mississippi, where he studied journalism. However, he did not complete his studies leaving two credits away from graduation.

When did Shepard Smith Start his Journalism Career?

He started his journalism career at WJHG-TV in Panama City Beach, Florida in 1986.

He later worked as a reporter for WBBH-TV in Orlando. The network was later named WKMG-TV.

He also worked as reporter/anchor at WSVN in Miami and as a correspondent for A Current Affair in Los Angeles.

He joined the Fox News Channel at its inception in 1996.

He covered several high profile stories during his career.

He reported the death and funeral of Princess of Wales, Diana in 1007.

He covered the Florida ballot-counting controversy during the United States presidential election in November 2000.

He covered the events and aftermath of Hurricane Katrina.

The Fox Report with Shepard Smith was a top-rated newscast in cable news. It was ranked third in US cable news programs.

It was reported in 2007 that Smith had signed a three-year contract with Fox. The network reportedly agreed to pay Shep between $7 and $8 million a year.

He renewed his contract with Fox in October 2010.

He once again signed a multi-year contract renewal with Fox in September 2013.

He became the managing editor of Fox News’ breaking news division. He also became the host of Shepard Smith Reporting.

Both Studio B and The Fox Report were phased out.

He drove criticism after he talked about the alleged Uranium One scandal in November 2017.

He renewed his contract with Fox in March 2018.

He announced on 11 October 2019 that he was leaving Fox after working for 23 years at the network. He announced the big news on his program, Shepard Smith Reporting.

Who is Shepard Smith Married to?

Shepard Smith was a married man. He was married to Virginia Donald. They met while attending the University of Mississippi. They tied a knot to each other in 1987. The couple later got divorced in 1993. They have no children together.

He later came out as gay in 2017. He also confirmed his relationship with Giovanni Graziano. They have been dating since 2013.

What is Shepard Smith Net Worth?

Shepard Smith earns from his journalism career. He worked for the popular Network, Fox in 1996. During his 23 years long career at Fox, he signed several contract renewals with the network. His annual salary during the late 2000s was reported between $7 and $8 million. His net worth is estimated at $25 million.

Our contents are created by fans, if you have any problems of Shepard Smith Net Worth, Salary, Relationship Status, Married Date, Age, Height, Ethnicity, Nationality, Weight, mail us at [email protected]