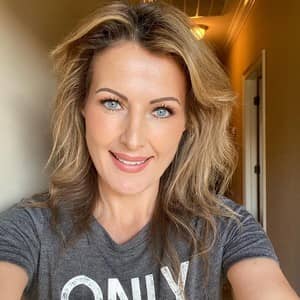 Sheri Easterling is an American social media personality. She is famous as the mother of one of the most famous TikTok stars in the world, Addison Rae, who has over 58 million followers. Moreover, she has gained a huge amount of followers herself with more than 10.3 million followers on TikTok.

How old is Sheri Easterling?

Sheri Easterling was born on September 4, 1979, in the United States of America. As of 2020, her age is 40. She was born to parents Donald Easterling (father) and Mona Easterling (mother). Her father, Donald survived cancer in the past.

She has one sister named Amy. Her ethnicity is Caucasian.

How did Sheri Easterling become so famous?

By profession, Sheri Easterling is actually an engineer. However, she is better known for her videos on TikTok. She first started appearing in social media on her daughter, Addison’s TikTok videos. Addison was already very famous at the time and her fans demanded more videos from her beautiful mother, too. She featured in a few of her daughter’s videos and her appearance led to an increase in followers of Addison.

Sheri then decided to create her own account in the video-sharing app. She launched her account in August 2019. Her first video was captioned ‘Thank you, I designed it’ which also featured her daughter. With her first-ever video, she started gaining more fame and garnered over a million likes in her first-ever video.

Since then, she has posted several viral videos. Some of her popular videos are captioned ‘When u want chick-fil-a but remember it’s Sunday,’ ‘hi y’all,’ (ft. ‘Don’t Start Now’ by Dua Lipa), ‘Husband told me to clean today, so I mopped’ (ft. ‘global.jones),’ ‘I can’t believe I did it’ (ft. ‘Lottery’ by K Camp), ‘he wants to be in every video’ (ft. ‘Put It Down’ remix by ur fav couple – wowbrey), and ‘I just want an A for effort.’

As of August 2020, Sheri’s account has over 10.3 million followers. Moreover, her videos have garnered a total of over 215 million likes making her one of TikTok’s biggest stars. In early 2020, she signed with the talent agency ‘WME’.

What is the Net Worth of Sheri Easterling?

As of 2020, Sheri Easterling has an estimated net worth of over $1 million. She has not revealed her annual income but on average, engineers in America earn over $72k per year. Moreover, with millions of followers on social media, she is also an influencer and charges for advertisements on her social media posts.

Sheri Easterling is currently happily married to her husband, Monty Lopez. With over 1.8 million followers, he is a TikTok star himself. Although the couple has not revealed their marriage date, they have been married for a long time now as they have three grown children from their marriage.

Her daughter, Addison Rae is one of the biggest TikTok stars in the world with over 58 million followers. She has two sons, Lucas, and Enzo who also frequently appear on their videos.

How tall is Sheri Easterling?

Easterling stands at a height of 5 feet 7 inches and weighs around 55 kg. She has blonde hair and a pair of blue eyes.

The beautiful mother of three is active on social media sites. She has over 218k followers on Twitter. Similarly, her Instagram account has more than 965k followers.

Our contents are created by fans, if you have any problems of Sheri Easterling Net Worth, Salary, Relationship Status, Married Date, Age, Height, Ethnicity, Nationality, Weight, mail us at [email protected]