Sherra Wright Robinson is the ex-wife of former NBA player Lorenzen Wright. Lorenzen Wright was a player for the University of Memphis who went on to play for several NBA teams including the Los Angeles Clippers and Memphis Grizzlies 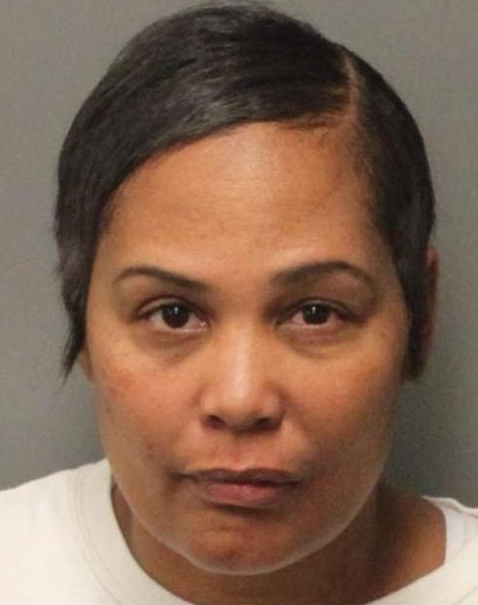 Sherra Wright Robinson is the ex-wife of former NBA player Lorenzen Wright. Lorenzen Wright was a player for the University of Memphis who went on to play for several NBA teams including the Los Angeles Clippers and Memphis Grizzlies. Moreover, she is also an author. She wrote a book, Mr. Tell Me Anything, a fiction book that featured what appeared to be a “thinly disguised depiction of her ex-husband,”. The book told a story of a “deceitful, philandering basketball player” who moves to Memphis, “marries an older woman” and becomes a basketball superstar. Sherra reportedly said that “99.99 percent” of the book involved true stories of her life with Lorenzen. She also told the Commercial Appeal that she planned a sequel where Mr. Tell Me Anything is killed. “It’s going to take you all the way up to Mr. Tell Me Anything’s death. And just a little bit past it,” she reportedly said in 2015. “He’s murdered. But you’ll find in the book that so many different factors had killed him already before he actually physically died…We break it down to every emotion. Every feeling. Everything the children went through, the calls, to who’s showing up. And what we were hearing from the police”.

She was accused in the shooting death of the athlete, a homicide that remained unsolved for seven years. Wright pleaded guilty on 25th July 2019, to the facilitation of first-degree murder in his shooting death nine years ago, a surprise development in a high-profile case. It was confirmed by the police that she had a meeting with Lorenzen, the night he was murdered. According to the news reports, she was involved with a guy named Billy in attempting the homicide, as the police confirmed in the local news. When she was asked, she denied the accusation by saying,” First I am a wife, a mother and then an author. Law enforcement should do what’s best to find out who’s the killer.” Even the Memphis Poice Director Michael Rallings made a statement in the recent news conference that,” The Lorenzen Wright case has stayed in the public eye for many years, and we’ve never given up hope that we would be able to bring the responsible parties to justice… another piece of the puzzle is in place.” The police said in its statement that she tried to kill Wright ‘more than once’. She lives in the community of Murrieta so her sons can play basketball just did Wright did. Wright was found 10 days later after his death in Memphis,  and she was only the known person who had been last seen with him. In December 2017, she was charged with her ex-husband’s murder, and in July 2019, she pleaded guilty.

Sherra Wright, the ex-wife of former NBA player Lorenzen Wright, pleaded guilty Thursday in Memphis to charges of facilitation to commit first-degree murder and facilitation to commit attempted first-degree murder. Previously she pleaded not guilty, and her appearance in court was unscheduled, as she was not due back until September. She was facing life in prison if she was convicted then. She is believed to have been killed on July 19, 2010, when gunshots were heard during his call to 911. His body was found in a wooded area in southeast Memphis on July 28. For years, his death was a mystery, but in December 2017, Sherra Wright and Billy Ray Turner were arrested on charges related to his death. In exchange for her plea, she received a 30-year prison sentence, and she is eligible for parole after serving 30% of that sentence, in nine years. She has spent roughly 20 months in jail, which a judge has credited toward her sentence.

Lorenzen Wright died on July 19th, 2010 (aged 34) in Memphis, Tennessee after his ex-wife and a man Billy Ray Turner conspired to kill him. They dumped one of the guns used in the shooting in a Mississippi lake, authorities have said. A gun that was allegedly used in the killing was found in the lake weeks before charges were filed in the case.

A man named Billy Ray Turner, 46 was charged with first-degree murder on Tuesday for Lorenzen’s death. According to the Shelby County District Attorney General, Amy Weirich, Turner was held on a $1.0 million bond. Wright’s co-defendant Billy Turner, 48 is scheduled to be in court on Friday, according to the District Attorney. The trial is still set for September 16. Turner and Sherra also attended the same church, Mt. Olive No. 1 Baptist Church in Collierville.

June 2019. The judge asked Sherra Wright if she understood if they went to trial she could face life in prison. She was sentenced to 30 years in prison. She must serve at least 30 percent of the sentence and will get credit for time served. After Sherra Wright took the stand, Lorenzen Wright’s mother, Deborah Marion, had a moment to speak to the courtroom. Sherra’s attornies did not allow her to respond. Wright’s defense attorney planned to use a battered woman defense. They claim Sherra, along with her children, were beaten by Lorenzen Wright.

Sherra was born in the year 1971 in Memphis, Tennessee. As of 2019, she celebrated her 48th birthday. Her nationality is American and her ethnicity is African-American. Her religion is Christian. There is no more information regarding her parents, siblings, and more.

Net Worth of Sherra

There is no exact information regarding her net worth and salary. But there is no doubt that her net worth will be in millions and she is earning a considerable amount of salary from her work. It was revealed that she had not held a job in 17 years and was approximately $3 million in debt. She received $1 million dollars from her ex-husband’s life insurance policy. She agreed to a settlement in 2014 in a court dispute over how she spent the insurance money meant to benefit their six children.

Our contents are created by fans, if you have any problems of Sherra Wright Robinson Net Worth, Salary, Relationship Status, Married Date, Age, Height, Ethnicity, Nationality, Weight, mail us at [email protected]