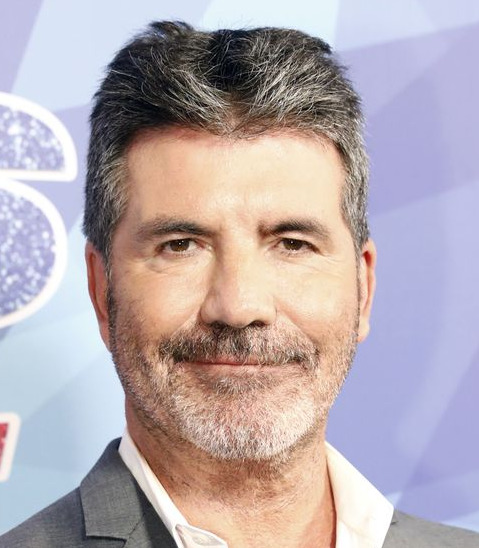 Simon Phillip Cowell famed as Simon Cowell is an English reality television judge, producer for his scathing critical remarks as a judge on the television show, “American Idol”, “X Factor”, and “America’s Got Talent”. He is famous, or rather notorious, for his biting and sarcastic remarks and insults about contestants in the reality shows. He is popularly known for signing successful boybands such as Westlife, One Direction and CNCO. His first film appearance was in the romantic comedy film “Maybe Baby” as a cameo (Special Thanks) in the year 2000. He is nicknamed as Nasty Simon.

“America’s Got Talent” judges and fans were furious with Simon Cowell last night. The first part of America’s Got Talent finale aired Tuesday night, and the performances were the best yet. During the episode, singer Daniel Emmet sang “Perfect” by Ed Sheeran, but with an Italian opera twist. The performance earned Emmet a standing ovation from judges Simon Cowell, Mel B, and Heidi Klum, but Howie Mandel stayed seated as he applauded. When it was Cowell’s turn to speak, his remarks started off positive before taking a turn. The judge took a swipe at Emmet’s outfit choice, and his co-judges and the audience were NOT happy. Banks then referred to Cowell as “jealous” and pointed out that he “wears the same thing every day,” while Klum said that “he should not talk outfits.”

Simon was born on 7th October 1959. Currently, he is 58. He was born in Lambeth, London, England and raised in Elstree, Hertfordshire. His birth sign is Libra. He was born to Eric Selig Phillip Cowell and Julie Brett. His father was an estate agent, property developer and music industry executive and his mother was a ballet dancer. His nationality is English. His paternal grandmother was a Polish immigrant. He has a younger brother, Nicholas Cowell, three half-brothers, John, Tony, and Michael Cowell, and a half-sister, June Cowell.

Moving towards his education, he attended Radlett Preparatory School and the independent Dover College. He passed English Language and Literature, and then attended Windsor Technical College, where he gained another GCE in Sociology.

Before he rose into fame, he was unable to hold a steady job, so his father got him a mailroom job at his company EMI Music Publishing.

Simon has got an average body build. He is a very handsome guy. He has a tall height of 174 cm and has a balanced weight of 84 Kg. His body is very healthy and he looks very attracting with a charming face and sweet smile on his lips. His hair color is Dark Brown and has an eye color of also Dark Brown. His chest size is 114 cm, arms size is 38 cm and waist size is 91 cm.

Simon is a married man. In the year 2013, he started dating Lauren Silverman. Later, her husband and Cowell’s friend, Andrew Silverman, filed for an at-fault divorce, citing adultery by his wife and naming Cowell as a co-respondent. At that time, they were expecting a baby and she gave birth on 14th February 2014 named Eric. Later, the couple got separated.

Previously, he was dating with Carmen Electra, American Model in the year 2012.

Net Worth of Simon

According to “The Sunday Times” Rich List of the wealthiest people in the UK, his net worth was £325 million in the year 2015 and his annual salary was estimated at $95 million. He is earning a good amount of money from his work. He is satisfied with his earning. Hope, his net worth will be £500 as of 2019. He is very hard work and committed towards his work and show due to which he is very successful in his professional life.

Stay connected with us for more information about Simon.

Our contents are created by fans, if you have any problems of Simon Cowell Net Worth, Salary, Relationship Status, Married Date, Age, Height, Ethnicity, Nationality, Weight, mail us at [email protected]