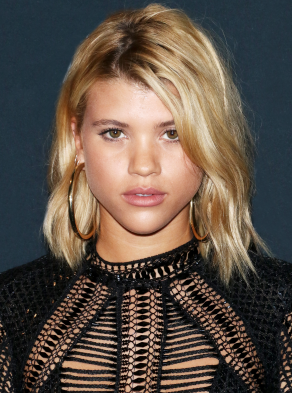 Sofia Richie is one of the famous American fashion models. She has featured in campaigns of the major brands. Some of the brands she has worked for are Michael Kors, Tommy Hilfiger, and Chanel.  She is currently dating Scott Disick.

Does Sofia Richie Has To Worry About Her Boyfriend Scott Disick Being Called ‘Soulmates’ With His Ex, Kourtney Kardashian

Keeping Up With the Kardashians highlighted the Bali trip of Kourtney Kardashian, Scott Disick, and their three children on last night’s episode. The family went on vacation last year, where a local Bali healer, Mas Joko told them that they were always soulmates. The 35-years old Scott is currently dating 20-years old model, Sofia Richie. They started dating since 2017. On the last night’s episode, when asked about being soulmates with his ex, Kourtney and his current relationship with model Richie, he said, “I definitely don’t want to disrespect my relationship with Sofia because it means a lot to me.” He added, “Whether Kourtney and I are soulmates or not, I feel like I owe a lot to Kourtney for the times that I missed when I wasn’t the best partner to her. So I feel like I will forever be making up for that lost time for the rest of her life.”

Kourtney’s younger sister, Khloe mentioned to Disick that if she were Sofia Richie, she’d be insecure about his relationship with Kourtney. Disick defended Sofia that she knew this came along when the two started dating.

Disick and Kourtney shares 3 children together, two sons, and a daughter. The couple was in an on-and-off relationship between 2006 and 2015. They were never married and their relationship ended somewhere in 2015.

Sofia Richie was born on 24 August 1998 at Los Angeles, California, U.S. her father name is Lionel Richie who is the famous songwriter and singer. Her mother name is Diane Alexander. Her sisters’ names are Nicole Richie who was adopted is a famous fashion designer and television personality and Miles Richie who is her biological sister. Her godfather was Michael Jackson. Her close friend is Paris who is the daughter of Michael Jackson. She learned to sing at the age of 5 and play piano at the age of 7. At the age of 14, she made an occasional appearance at her father’s show. She also worked in the studio with her brother in law. She attended Oaks Christian School. She also played soccer until the age of 16 but she left it after her hip broke in a Segway accident.

Richie’s height is 1.68 m and weight is 58 kg. Her eye color is hazel and hair color is brown. She has the balanced and healthy body.

Richie’s net worth is estimated to be $3 million.

Our contents are created by fans, if you have any problems of Sofia Richie Biograohy Net Worth, Salary, Relationship Status, Married Date, Age, Height, Ethnicity, Nationality, Weight, mail us at [email protected]