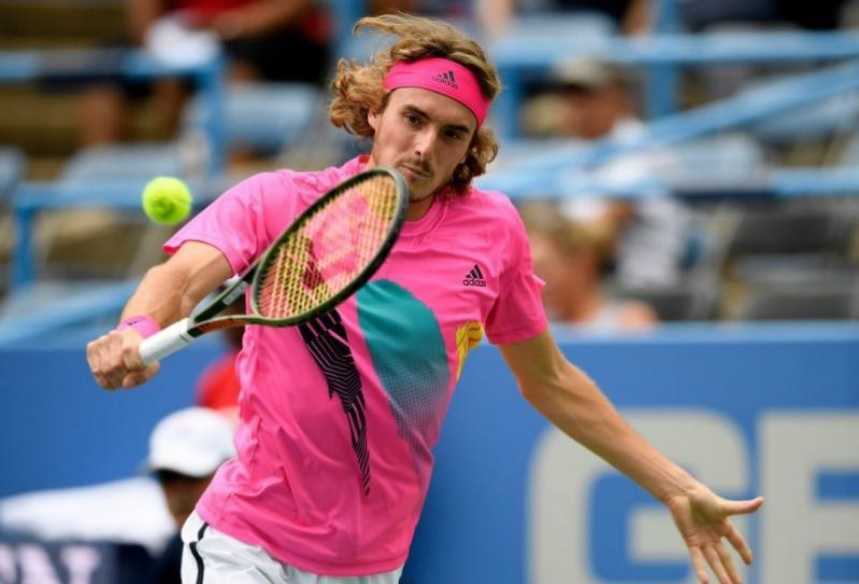 Stefanos Tsitsipas is a famous Greek professional Lawn tennis player. He is also the youngest player to be ranked in the top 10 by the Association of Tennis Professionals(ATP) which makes him the highest-ranked Greek player in history.

What is Stefanos Tsitsipas famous for?

Where was Stefanos Tsitsipas born?

Stefanos Tsitsipas was born on 12th August 1998 in Athens, Greece. His nationality is Greek. Leo is his zodiac sign. He has a mixed ethnicity of Greek and Russian.

He was raised in his hometown, Greece. He was born to a Greek father, Apostolos Tsitsipas, and a Russian mother, Julia Apostoli. His parents were his actual coach who introduced him to the sport, lawn tennis. His mother is also a professional tennis player and his father is a trained tennis coach.

Tsitsipas is the first of four children in the family; as he has two brothers Petros and Pavlos, and one sister Elisavet who all play tennis.

Tsitsipas started to play tennis at the age of 3, as it was the only sport that he liked. Tsitsipas studied at an English-language school as a kid.

How is Stefanos Tsitsipas’s career?

-Stefanos started playing on the ITF junior circuit at the age of 14 and was ranked number 1 junior tennis player in the world.

-He reached the Orange Bowl tournament final in 2014, but with a place outside the top 100 in the junior ranking.

-He got his first opportunity to play in the junior Grand Slam tournaments in the year 2015 and his best achievement was reaching the quarterfinal at the Australian Open Championship.

He didn’t win any singles championship that year, but he finished as a runner-up at the Orange Bowl after losing to Miomir Kecmanovic became the No.14 ranked junior in the world.

-In 2016, he reached at least the quarterfinals of all eight tournaments that he played. He became the top-ranked junior in the world after winning his First Grade A title. In the same year, he also became the “European Junior Champion”.

He also became the 3rd Greek player and 1st Greek male in the Opera Era who won a Junior Grand Slam title with the victory in the 2016 Wimbledon Boys’ Doubles Event pairing with Estonian player Kenneth Raisma.

-He played his first ATP main draw at the 2017 Rotterdam Open, where he lost his debut match to Jo-Wilfried Tsonga. He won his first ATP match and then he quickly ascended up the ATP rankings in the next year becoming the 2nd highest ranked Greek player in history after Eleni Daniilidou.

-He had reached 3 ATP finals in 2018 and won his first title at the Stockholm Open and became the youngest player to defeat four top-ten opponents in a single tournament.

-In the year 2019, he continued to build on his success as he reached the semifinals at the 2019 Australian Open.

How is Stefanos Tsitsipas’s personal life?

The 20 years aged, Stefanos is currently single. He hasn’t disclosed his personal life yet.

What is the net worth of Stefanos Tsitsipas?

The tennis player, Stefanos has an estimated net worth of £1.6million ($2m). Tsitsipas also earned a total of $340,493 from the competition.

How tall is Stefanos Tsitsipas?

The famous player, Tsitsipas has a well maintained perfect body build. He stands tall at a height of 6ft. 4inches(1.93m).

He has a fair complexion with blonde hair and brown eyes.

Our contents are created by fans, if you have any problems of Stefanos Tsitsipas Net Worth, Salary, Relationship Status, Married Date, Age, Height, Ethnicity, Nationality, Weight, mail us at [email protected]