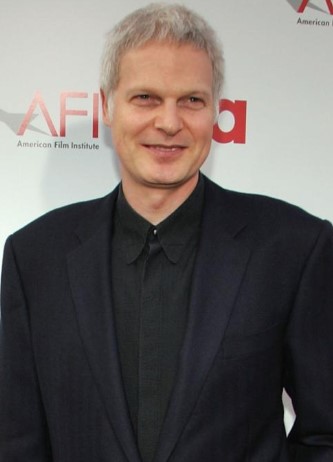 The BAFTA Fim Award nominee, Steve Bing was a film producer and philanthropist who is known for his contributions in different fields like the film industry and philanthropic works. Also, he was a businessman who is the founder of Shangri-La Entertainment. He co-wrote both the screenplay and the story of Kangaroo Jack (2003). Sadly, he passed away on 22nd June 2020 due to multiple blunt trauma. He reportedly committed suicide. Today, let’s explore more about him through this article.

What is Steve Bing famous for?

When was Steve Bing born?

Recalling his early life, Steve was born in the U.S. to his parents, Helen and Peter Bing in the year 1965. His mother was a nurse and his father was a doctor in public health. Similarly, he was of American nationality and belonged to Caucasian-White ethnicity. Further, his birth sign was Aries.

For education, He attended Standford University but later dropped out to pursue his career in Hollywood.

What are the achievements of Steve Bing?

He was nominated for the BAFTA Film Award doe the Best Documentary Film in 2013.

Reflecting on his personal life, Steve never married. He fathered a son with his girlfriend, in 2002. The lovebirds started dating in 2000 and later separated in 2001 after she was pregnant. He denied their relationship as well. But, the DNA reported proved that he was the father of the child.  Later in 2002, their child was born and named him . They were already separated when Damian was born.

Also, he was proved to be the father of Lisa Bonder’s daughter, Kira Bonder via a DNA report of 2001. Lisa is also one of his girlfriends. They dated in 1998 and later separated after a year in 1999.

Steve Bing was passed away on 22nd June 2020 after he jumped from the 27th floor of an apartment building in the Century City neighborhood of Los Angeles, California. As per the Los Angeles County Medical Examiner-Coroner’s Office report, He died as a result of “multiple blunt trauma” at the age of 55 years old. The reason behind his suicide is yet to be disclosed. The case is currently under investigation.

Being a businessman and film producer by profession, Steve has an impressive amount of money and fame through his profession in the field of both the entertainment industry and his business ventures. Based on some online sites, his estimated net worth said to be $600 million at the time of his death. He was also the founder of Shangri-La Entertainment, which focuses on property, construction, entertainment, and music. Further, He was living a luxurious lifestyle before his death.

How tall is Steve Bing?

Before his death, Steve stood at a height of 6 feet 4 inches. Similarly, he had a pair of blue eyes and grey hair color.

Our contents are created by fans, if you have any problems of Steve Bing Net Worth, Salary, Relationship Status, Married Date, Age, Height, Ethnicity, Nationality, Weight, mail us at [email protected]