Steve Carell is an American actor, director, and writer. 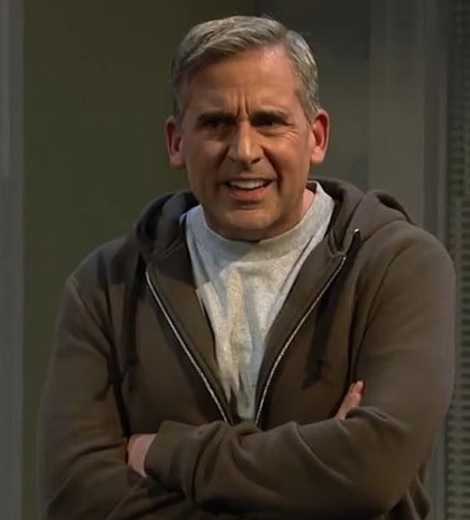 Steven John Carell, popularly known as Steve Carell is an American actor, director, and writer. He is known for his role of Michael Scott on the American version of The Office from 2005-2013. He is the recipient of the Golden Globe Award for Best Actor-Television Series Musical or Comedy and earned numerous nominations for his contributions. In 2016, he received the 2,570th star on the Hollywood Walk of Fame. He has also won MTV Movie Award for Best Comedic Performance for his role in The 40-Year-Old Virgin. He stated that Steve Martin, Bill Cosby, John Cleese, George Carlin, Peter Sellers are his idols. He learned acting and comedy watching them.

His upcoming movies are Welcome to Marwen and Vice.

Steve Carell has trolled the President of the United States Donald Trump and Amazon in Saturday Night Live.

The full name of Carell is Steven John Carell. He was born on 16 August 1962. He was born to Edwin A. Carell and Harriet T. Koch. His birthplace is Emerson Hospital, Concord, Massachusets in the United States. He holds American nationality. His birth sign is Leo. He is Catholic. His father is of German and Italian descent and his mother is of Polish ancestry. He has three older brothers. He attended Nashoba Brooks School, The Fenn School, and Middlesex School in Concord. Later, he graduated from Denison University in Ohio in 1984. Initially, he desired to become a lawyer.

Steve Carell is married to Nancy Carell. They got married in 1995. Nancy was a student of his at Second City. Nancy has also worked as a fellow correspondent on The Daily Show, appeared in The Office, and cameoed as a sex therapist in Steve’s hit film The 40-Year-Old Virgin. They also created the TBS comedy series titled Angie Tribeca. It premiered in January 2016 and stars Rashida Jones. The couple is blessed with two children. They are Elisabeth Anne Carell and John Carell.

Steve Carell stands 1.75m ie. five feet and nine inches tall. He has a body weight of 172lbs ie. 78 kg. He has dark brown colored hair and his eye color is green.

Net Worth of Steve Carell

The 56-year old American actor, Carell was the 31st highest-paid actor excluding television-related projects in 2011. He earned $17.5 million that year. As of 2018, his net worth is estimated at around $50 million. He earned quite a fortune after he was cast a lead role in the 2005 television series The Office. He has also earned fortune appearing in movies.

Our contents are created by fans, if you have any problems of Steve Carell Net Worth, Salary, Relationship Status, Married Date, Age, Height, Ethnicity, Nationality, Weight, mail us at [email protected]