Susan Margaret Collins is an American politician serving as the senior United States Senator from Maine. 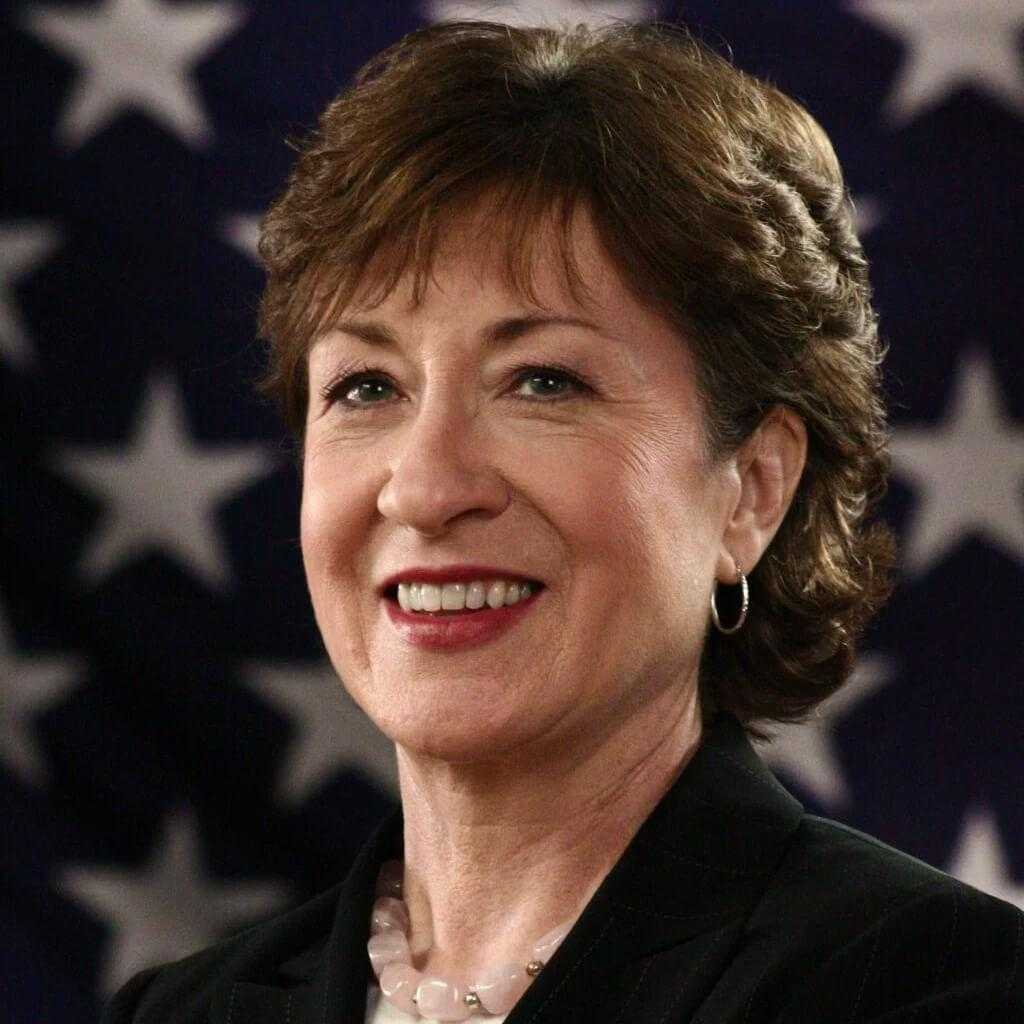 Susan Margaret Collins is an American politician serving as the senior United States Senator from Maine, a seat she was first elected to in 1996. She is a Republican and most senior Republican woman in the Senate and dean of Maine’s congressional delegation. Collins is the Chair of the Senate Special Committee on Aging and is a former Chair of the Senate Committee on Homeland Security and Governmental Affairs. She often becomes a focal point during highly watched legislation and positions herself as a pivotal vote. However, she has been criticized for her loyalty towards her party, voting the Republican tax bill and supporting the nomination of Brett Kavanaugh to the Supreme Court.

On March 26, 2014, Elle Magazine honored Collins as “one of the ten most powerful Women in Washington Power List”.

A vote of the moderate and liberal Republican US Senator from Maine, Susan Collins put Trump’s Supreme Court nominee Brett Kavanaugh on the seat. Kavanaugh was nominated the Supreme Court Justice despite fierce protests and sexual misconduct charges alleged by Christine Ford. Collins defended herself against the criticism of betraying women and the #MeTooMovement. However, Collins claimed that she believed Christine’s testimony about the incident had actually happened 36 years ago, which is painful and heart wrenching but no evidence of Kavanaugh’s involvement was found during the investigation. She defended Kavanaugh saying she would not vote against him in the absence of any evidence that links Kavanaugh to the incidence.

Susan Collins was born to Donald Collins and Patricia McGuigan on 7 December 1952 in Caribou, Maine, United States. Both of her parents served as mayor of Caribou. She has 5 siblings. Collins has English and Irish ancestry. Collins attended Caribou High School. She was then the president of the student council. Collins during her senior year of high school visited Washington D.C. for the first time under U.S. Senate Youth Program, where she had a two-hour conversation with Maine’s first female United States Senator, a Republican, Margaret Chase Smith. graduated from St. Lawrence University. After high school, Collins attended St. Lawrence University and graduated magna cum laude with a bachelor’s degree in government in 1975.

After graduation, Collins started working as a legislative assistant to U.S. Representative, and later U.S. Senator William Cohen. She also worked as staff director of the Oversight of Government Management Subcommittee on the United States Senate Committee on Homeland Security and Governmental Affairs.

In 1987, Collins worked as Commissioner of the Department of Professional and Finance Regulations.

In 1992, Collins was appointed the New England regional director for the Small Business Administration by President George H. W. Bush. She served there briefly and moved to Massachusetts to become Deputy State Treasurer of Massachusetts under Joe Malone in 1993.

In 1994, Collins returned to Maine and became the first woman to be nominated by a major party for Governor of Maine winning an eight-way Republican primary in the gubernatorial election.

Collins served as the founding executive director of the Center for Family Business at Husson College, Bangor, Maine from 1994 to 1996.

Collins became the United States Senate defeating Joe Brennan by a margin of 49% to 44% in 1996, the seat was vacated by her former boss, William Cohen to become United States Secretary of Defense under President Clinton. She defeated Chellie Pingree in 2002, Rep. Tom Allen in 2008, and Democrat Shenna Bellows in 2014 carrying every county in Maine.

Collins is considered a centrist member of the Republican Party, an influential player in the U.S. Senate and described as one of “the last survivors of a once common species of moderate Northeastern Republican”.

Collins is a member of several moderate organizations within the Republican Party.

Collins voted in favor of the Kyi-Lieberman Amendment, which gave President Bush and the executive branch the authorization for military force against Iran.

In 2013, Collins became the state’s senior Senator after Olympia Snowe left the Senate.

Collins cast her 6,000th consecutive roll call vote on September 17, 2015. Only William Proxmire has a longer consecutive streak ahead of Collins.

In 2017, The New York Times arranged Republican Senators based on ideology and ranked Senator Collins as the most liberal Republican.

Collins was one of the Republicans to oppose President Donald Trump’s temporary ban on immigration from seven Muslim-majority countries.

In July 2018, Collins was one of three Republican Senators who publicly supported the Roe v. Wade decision.

Collins was one of the three Republican Senators who supported an FBI Investigation into sexual assault allegations made against Trump’s second Supreme Court nominee, Brett Kavanaugh. However, Collins later announced her decision to vote in favor of Kavanaugh’s confirmation.

Susan Collins is married to then COO of Jefferson Consulting Group, Thomas Daffron. They tied a knot to each other on August 11, 2012, in Caribou, Maine. Collins has consistently been endorsed by the Human Rights Campaign, a major LGBT rights organization.

As of 2018, the net worth of Susan Collins is estimated at $4 million. Collins earns an annual income of $380,000. Collins reported personal assets between around $265,000 and $650,000. Most of her assets are held by her husband Thomas A. Daffron. The combined assets might value over $2.5 million. These consists of the variety of assets including different municipal and corporate bonds and stocks. The net worth of Collins has seen a 40% hike over the past few years. She owns a few of the best luxury cars in the world. They are Audi Q7 and BMW 5 Series. She has two houses worth more than a million dollars.

Our contents are created by fans, if you have any problems of Susan Collins Net Worth, Salary, Relationship Status, Married Date, Age, Height, Ethnicity, Nationality, Weight, mail us at [email protected] 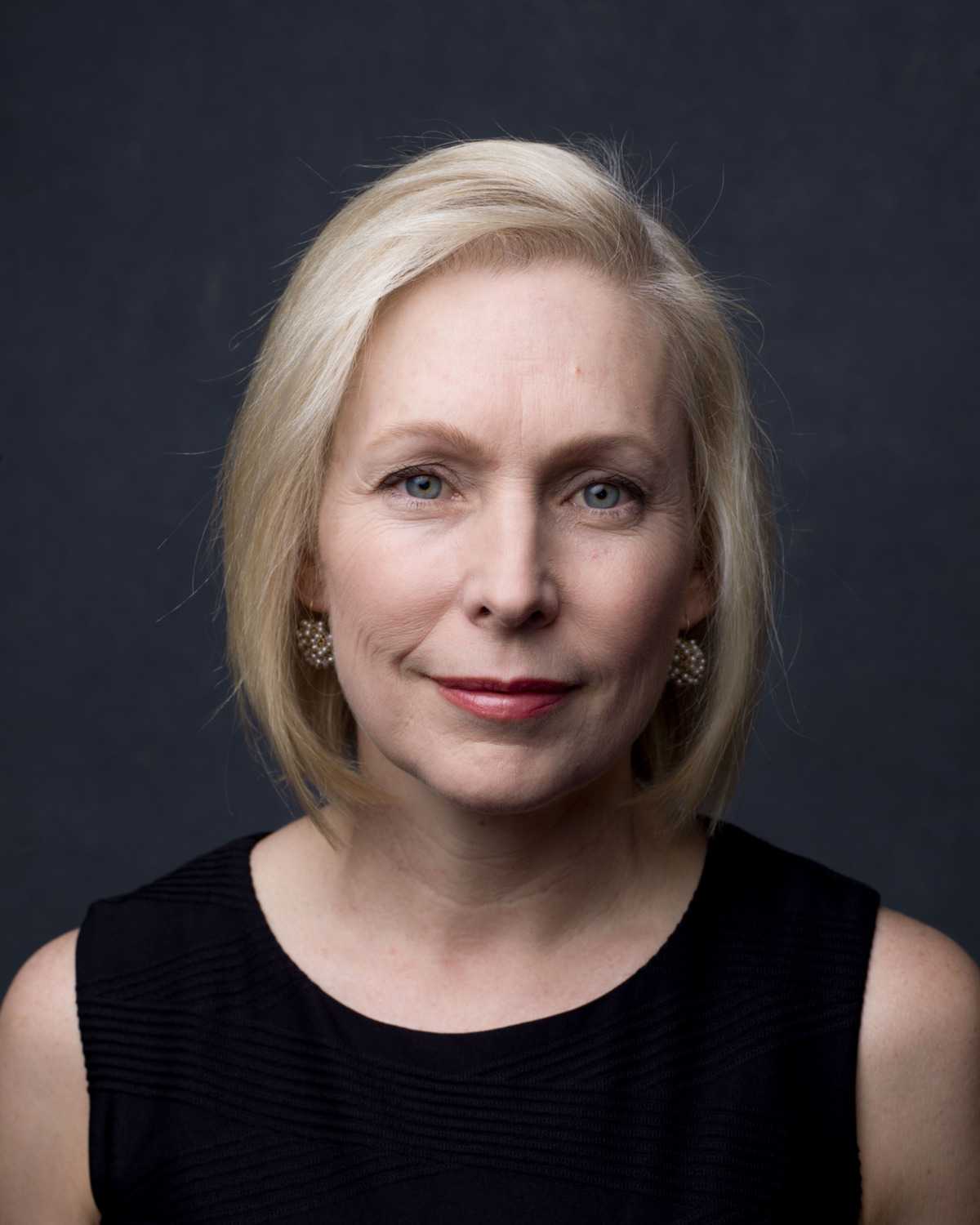