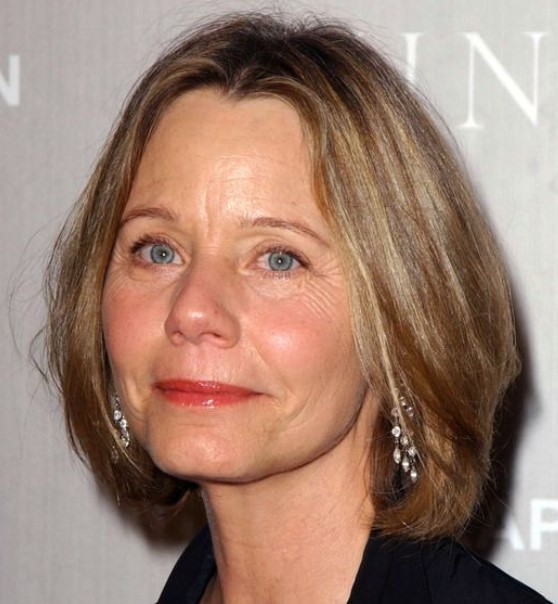 Susan Dey is an American actress and producer. She is best known for her television roles as Laurie Partridge on a sitcom entitled “The Partridge Family”. She is also famous for her role as Grace Van Owen on the famous NBC drama series “L.A. Law”.She won a Golden Globe Award in the category of Best Performance by an Actress in a Television Series – Drama for her role in “L.A. Law” in the year 1988. She was also nominated for Golden Globe Award in each of the subsequent four years.

What is Susan Dey famous for?

Where was Susan Dey born?

Susan Dey was born on December 10, 1952, in Pekin, Illinois, the USA. Her birth name is Susan Hallock Dey. She was born to father, Robert Smith Dey, and mother, Ruth Pyle Dey. Her mother died when she was eight years old.  She holds an American nationality and belongs to a White ethnic background. Her zodiac sign is Sagittarius.

Regarding her educational background, she attended Columbus Elementary School in Thornwood, New York. After her schooling, she attended Fox Lane High School and graduated in 1970.

Susan Day is a married woman. She has been married to a television producer named Bernard Sofronski since the year 1988.

Previously, she was married to Leonard “Lenny” Hirshan from 1976 till 1981. The couple blessed with a daughter named Sarah Dey-Hirshan in 1978.

As an American actress and model, Susan Dey has earned quite a good earning. Аѕ оf 2020, Ѕuѕаn Dеу hаѕ аn еѕtіmаtеd nеt wоrth оf $12 mіllіоn dollars. She makes most of her income by working on several TV series and movies.

Our contents are created by fans, if you have any problems of Susan Dey Net Worth, Salary, Relationship Status, Married Date, Age, Height, Ethnicity, Nationality, Weight, mail us at [email protected]