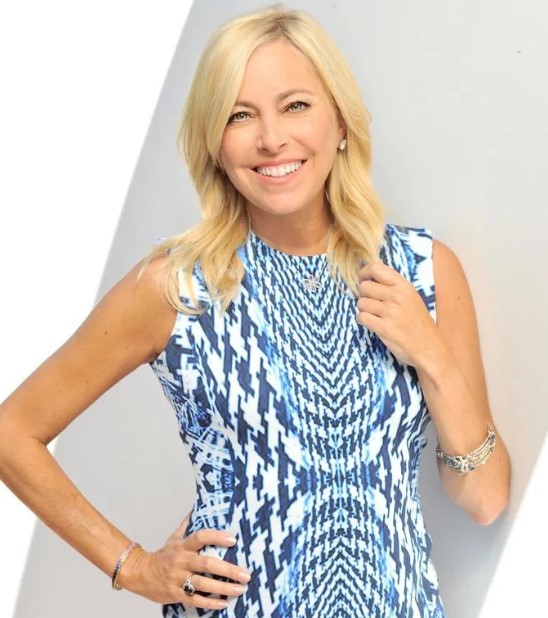 Sutton Stracke is an American entrepreneur, fashion designer, and reality television personality who is one of the cast members of the reality show, “Real Housewives of Beverly Hills”. Stracke is also recognized as the wife of Christian Stracke. She was also named a Top Party Host in America by the Salonniere.

What is Sutton Stracke Famous for?

Where was Sutton Stracke Born?

Stracke moved to New York in her 20s to pursue a career in ballet. She was also interested in arts since her childhood.

Sutton began her career first as an aspiring ballet dancer in her 20s. When her ballet career ended, she became the Director of Development at the Cunningham Dance Foundation. She also worked as the Augusta Ballet’s Executive Director.

Sutton is making her debut for the first time in TV shows with her appearance as in season 10 of the popular reality show, “Real Housewives of Beverly Hills” which premiered on April 15, 2020.  She was cast as a major but later given a part-time role as Lisa Rinna’s friend. The absence of Sutton from the RHOBH Season 10 trailer marked a controversial story.

She currently serves as the board member of the American Ballet Theatre and is also listed as a sponsor of throughout multiple years. During the 2018 season, she supported The Ratmansky Project.

In 2017, Sutton was named a Top Party Host in America, alongside Oprah and Michelle Obama.

In 2019, she redirected her creative attention and opened a boutique in is West Hollywood Beverly Hills called “SUTTON” which offers clothing, furniture, art, and decorative furnishings. The Beverly Hills will be shopping for jewelry and handbags at the SUTTON concept store.

Who is Sutton Stracke Married to?

Sutton Stracke was previously married to ex-husband Thibeault “Christian” Stracke. The couple met at Davidson Fine Arts High School in Augusta, GA. Sutton got married to Christian on May 13, 2000, and together has three children: daughter Porter, and sons James and Philip Stracke.

However,  after sharing 16 years together, the couple filed for separation in September of 2016 in Los Angeles. Currently, Sutton is dating real estate agent Michael Mahoney whom she met online.

What is the Net Worth of Sutton Stracke?

The 48 years old Sutton Stracke must have good earnings from her career as an entrepreneur and fashion designer. Just making a debut on TV shows, she must have been managing to get herself thousands of dollars.

However, Stracke has a million worth Bel Air mansion which estimates her net worth to be around $2 million. Besides, Stracke also owns an estate in Augusta and a three-bedroom apartment in New York City.

How Tall is Sutton Stracke?

Sutton Stracke is a gorgeous lady in her late 40s. She has a well-maintained body physique. She stands tall with a height of 5ft. 6inch. while her body weighs around 54kg. She has a fair complexion with blonde hair and green eyes.

Our contents are created by fans, if you have any problems of Sutton Stracke Net Worth, Salary, Relationship Status, Married Date, Age, Height, Ethnicity, Nationality, Weight, mail us at [email protected]