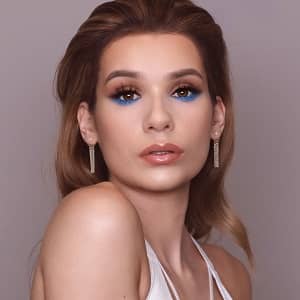 Sylvia Gani is a popular Canadian Youtuber and beauty guru. Her well made and instructional beauty tutorials, vlogs, and other informational content have made her a huge personality on Youtube.

When was Sylvia Gani born?

Sylvia Gani was born on the 16th of October, 1994 in Ottawa, Canada. As of 2020, her age is 26. Her nationality is Canadian and her ethnicity is Caucasian.

Sylvia is private when it comes to her personal life. As such, she has not revealed anything about her parents, not even their names. Still, we do know that she was raised in Canada as the eldest of 3 children. Her younger siblings include a brother named Adam and a sister, whose name has not yet been revealed. Sylvia has been passionate about fashion and modeling at a young age. She hoped to become a professional model but unfortunately, her height cut that dream short. She was not discouraged though, and later she started making videos revolving around beauty, which have been quite successful.

Despite her passion for beauty and fashion, Sylvia graduated with a degree in Criminology. Aside from this though, there aren’t any details on her education.

How did Sylvia Gani build her career?

Sylvia Gani began her career on Youtube with her eponymous Youtube channel in November of 2013. She started uploading videos as of 2015 though, and her first video was an instructional, easy-to-follow makeup tutorial on how to achieve a soft pink Smokey-eye. She was determined to make Youtube into a career and was very consistent with her uploads.

Her sense of humor and amazing personality were also appreciated by a lot of fans and soon, her channel started to get a lot of attention. She also had a lot of variety on her channel with videos of her trying several challenges, reviewing popular beauty hacks, etc. All of this led to her rise to fame on the platform and this was further solidified when she crossed the 1 million subscriber mark in 2016.

Even until now, her content has not seen too many changes. Sylvia recognizes the type of content her fans enjoy and gives it to them. In turn, her informative and practical tutorials and enjoyable challenges and vlogs have gotten her a loving fanbase. As of now, Sylvia has over 2.64 million subscribers on Youtube with over 318 million total video views. Her success has also lead to her being sponsored by popular brands such as Sephora, L’Oreal, etc. Aside from Youtube, Sylvia is also a popular personality on social media.

What is Sylvia Gani’s net worth?

As of 2020, Sylvia has an estimated net worth that sits around 1 million U.S. dollars. She ahs not revealed her annual salary as of yet.

What are Sylvia Gani’s physical statistics?

Sylvia stands at a height of 5 feet 5 inches tall and her weight is roughly 51 kilograms. Her beautiful looks are accompanied by a stunning figure with body measurements of 32-24-32 inches. Her eyes are blue and she has blonde hair.

Who is Sylvia Gani dating?

Sylvia is currently in a relationship with fellow Youtuber Charles Raynor, better known on the internet as WolfieRaps. The couple has been going strong and there is a genuine bond between the two. The two are also frequently featured in each other’s videos. Sylvia has not revealed any information on her past boyfriends.

Our contents are created by fans, if you have any problems of Sylvia Gani Net Worth, Salary, Relationship Status, Married Date, Age, Height, Ethnicity, Nationality, Weight, mail us at [email protected]