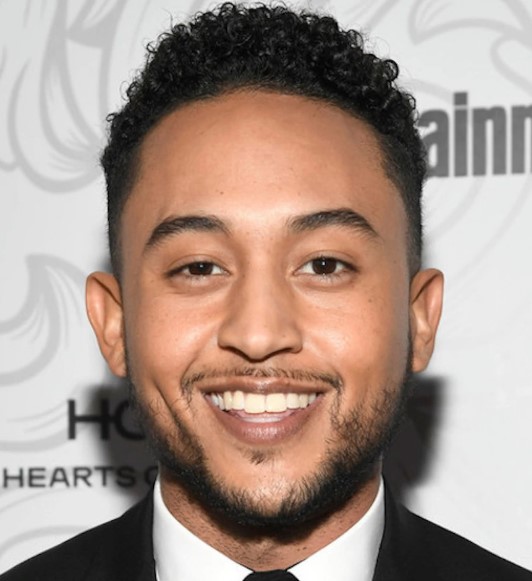 Tahj Dayton Mowry popularly known as Tahj Mowry is an American actor and singer. He is best known for his role as T.J. Henderson on the sitcom, Smart Guy, and Tucker Dobbs on the sitcom, Baby Daddy. He is also known for his voice role of Wade Load in the animated tv series, Kim Possible. Besides these, he has appeared in numerous movies and tv shows. He is also best known as the younger brother of twin sisters, and . He earned 2 Teen Choice Awards nominations for Baby Daddy.

He has over 1.1 million followers on his Instagram @tahj_mowry.

What is Tahj Mowry Famous For?

Where was Tahj Mowry Born?

Tahj Mowry was born on 17 May 1986. His birth name is Tahj Dayton Mowry. His birth place is in Honolulu, Hawaii in the United States. he holds an American nationality. He was born to a father, Timothy John Mowry, and a mother, Darlene Renee. He belongs to African-American ethnicity. He has English and Irish ancestry on his father’s side whereas Afro-Bahamian descent on his mother’s side. He has two older sisters, Tia and Tamara (they are identical twins) and a brother named Tavior. His zodiac sign is Taurus. His religion is Christianity.

Tahj Mowry’s fellow co-star Naya Rivera from Smart Guy went missing in July 2020. Mowry professed his love for the actress. They dated in the past. He wrote on Instagram on 12 July 2020, “My sweet Naya – to say that I am devastated would be an understatement. This is a nightmare. Everyday gets harder. However, I am holding onto hope that you will be found. ⁣

We grew up together. We became adults together. We experienced so many firsts together. You were my first experience with everything; love, intimacy, heartbreak. We broke each others hearts and then mended them back together…more than once. I will never not think of you. No woman has ever measured up what you gave me or how you made me feel. I’ve never liked to admit it but I have never stopped loving you. A part of me always wished for the day where God would bring us back together to be what we dreamt we could have been. ⁣

I pray deeply for the Rivera family and that God blankets them with strength, peace, and love right now. Mychal and Nickayla – you will always be like younger siblings to me and I love you dearly. I watched you two grow up into beautiful adults. George and Yolanda – whatever you need I am here for you. We are forever family and I love you. ⁣

I ask everyone reading this to please lift up, along with the entire Rivera family, Ryan and Josey in prayer and to respect what they are going through during this time. I pray that God showers the entire family with strength and peace that only He can give. ⁣

I still have faith. I still have hope. Let’s please all pray that she is found and brought home safely. ⁣

Naya, I miss you deeply. I wish I got the chance to tell you that once more but I’m believing I will get that chance. I know deep down you’ve always known how I felt. I look forward to the day where I can see your beautiful face once more and tell you everything I’ve wanted to say that I didn’t get the chance to say. I love you forever. I always have and I always will.”

Tahj Mowry stands at a height of 1.7 m i.e. 5 feet and 7 inches tall. He has a body weight of 148 lbs i.e. 67 kg. He has an athletic body build. His eye color is dark brown and his hair color is black. His sexual orientation is straight.

Our contents are created by fans, if you have any problems of Tahj Mowry Net Worth, Salary, Relationship Status, Married Date, Age, Height, Ethnicity, Nationality, Weight, mail us at [email protected]