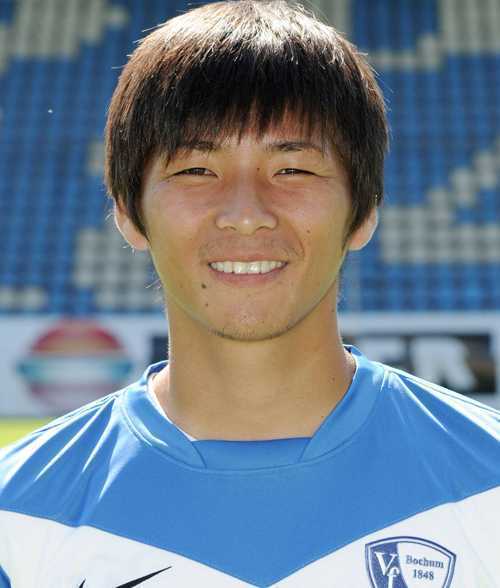 Takashi Inui is one of the famous and well-known Japanese professional football players who play for Betis Football Club and Japan National Football Team. He is a well known Japanese celebrity in the field of football. He is famous for his contribution to professional life. He is one of the best Japanese attacking midfielders. Currently, he is playing in Spanish Football Club, Real Betis. Previously, he had played for German clubs VfL Bochum and Eintracht Frankfurt and another Spanish club Eiber. Inui has played in different clubs and Japan national football team He is a right foot player. His Shirt number is 8. Yuya Osaka is one of his best teammates. He had represented himself in Russia for the World Cup 2018 as a part of the Japan national team by showing his talent to all. In fact, Inui is an important footballer on this team. His nickname is Inui. The user will get here Inui’s salary, wife, family, FIFA 17, club career, and more. At present, Japan’s national team ranking is 45 number positions of the FIFA World Ranking.

A passionate and enthusiastic player, Takashi Inui was born on 2 June 1988. He was born and raised in Omihachiman, the city of Japan. His nationality is Japanese. His astrological sign is Gemini. He has a very keen interest in the field of sports mainly Football since his childhood. He attended Shiga Yasu High school, where he won the All Japan High School Soccer Tournament in the year 2006.

Talking about his body, his height is 1.69 m. His weight is 63 Kg. His eye color is Black and his hair color is Brown. He has a balanced body with good health.

At the age of 19, he signed for the club Yokohama F. Marinos of the J. League Division 1. In this club, he made his very first debut as a professional facing the opponent team, Yokohama F.C. on the date of March 10, 2007. Later, he was shifted to Cerezo Osaka at the end of the 2008 season. In July 2011, he was swapped to a German club VFL Bochum. There, he also made his debut for the club with the score of a 2-1 defeat against FC St. Pauli on the date of 13 August 2011. After the high performance and impressive season in Bochum, he was made a deal to a three-year contract with Bundesliga club Eintracht Frankfurt in July 2012. Overall, Takashi played 4 seasons with this club, Frankfurt. He appeared in 87 matches with the goal scorer of 9.

Then, Takashi signed for a La Liga club named Eibar, agreeing on a three-year contract on 26 August 2015. Later then, Takashi became the first Japanese player to score a goal against La Liga giants F.C. Barcelona on 21 May 2017.

After the expiry of the Eibar contract of 3 years, Inui joined Real Betis on 1st June 2018. He is currently playing for this club.

Takashi Inui has represented himself in his national country, Japan in both senior as well as junior levels in many tournaments. He was included in the Japanese Senior team in 2009. On 20 January 2009, he made his international debut representing his national country, against Yemen in the AFC Asian Cup Qualification match. He has won a total of 27 caps for his national side with four goals.

Takashi is a very secretive person. He has not revealed any information relating to his affairs, girlfriend, and marriage. But some of the sources expressed that he is a father of a son named Koki. Takashi is an active user on Instagram. As of June 2018, his followers are 139K. has 139K followers as of June 2018.

His estimated net worth is $5.2 million. His annual salary is $1.3 million. Takashi’s current market value is $4.5 million.

Our contents are created by fans, if you have any problems of Takashi Inui Net Worth, Salary, Relationship Status, Married Date, Age, Height, Ethnicity, Nationality, Weight, mail us at [email protected]