Takefusa Kubo is a Japanese professional footballer who plays as a winger for Spanish club Villarreal, on loan from Real Madrid, and the Japan national team. 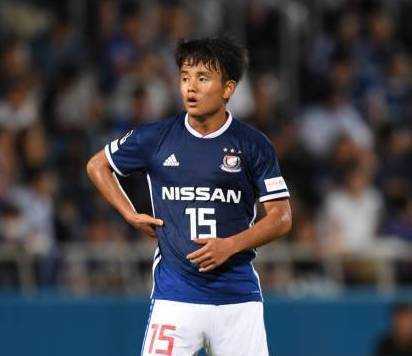 What is Takefusa Kubo Famous For?

Where was Takefusa Kubo Born?

Takefusa Kubo was born on 4 June 2001. His birthplace is in  Asao-Ku, Kawasaki in Japan. He holds Japanese nationality. His father’s name is Takefumi Kubo. His mother’s name is not available at present. It will be updated soon.

Kubo joined the local club FC Persimmon at the age of 7 in 2008.

He was awarded MVP at FC Barcelona Soccer Camp in 2009.

He was selected as a member of the FC Barcelona School team in April 2010.

He participated in the Sodexo European Russia Cup held in Belgium. Even though his team finished third, he was awarded MVP in the tournament.

He then joined the Kawasaki Frontale youth system in 2010.

He gave a trial to FC Barcelona’s youth academy, La Masia in August 2011. He was invited after passing the trial.

He started to play for Barca Alevin C (U11).

He was promoted to Barca Infantil A (U14) in his third full season.

It was later found that Barcelona has violated FIFA’s international transfer policy for U18 youths. Kubo became ineligible to play for the club.

He signed with FC Tokyo’s junior youth team in 2016.

He was promoted to the club’s senior team in September 2016. He was 15 years old.

He made his J League record debut at the age of 15 years, 5 months, and one day.

He became the youngest player to score in the J League in April 2017 scoring against Cerezo Osaka U23. He was 15 years, 10 months old at the time.

He made his debut for the first team in J League YBC Levain Cup in May 2017.

FC Tokyo announced in November 2017 that the team improved his contract with the club and will pay him as a first-team member.

He became a regular starter for FC Tokyo from the start of the 2019 season.

He joined Yokohama F. Marinos on a half-year loan in August 2018.

He scored in his Marinos debut against Vissel Kobe.

He has been named in the Japanese senior team for the upcoming 2019 Copa America.

He made his senior team debut for Japan national team on 9 June 2019 in a friendly match against El Salvador.

What are Takefusa Kubo Body Measurements?

Takefusa Kubo stands at a height of 1.74 m i.e. 5 feet and 9 inches tall. He has an athletic body build.

Who is Takefusa Kubo Dating?

Takefusa Kuba is reportedly single. He is young to be in a committed relationship. He is focused on his football career.

What is Takefusa Kubo Net Worth?

Takefusa Kubo earns playing professional football. He has signed with one of the biggest teams in the world, Real Madrid. The young and aspiring footballer will earn quite a fortune in the coming years.

Our contents are created by fans, if you have any problems of Takefusa Kubo Net Worth, Salary, Relationship Status, Married Date, Age, Height, Ethnicity, Nationality, Weight, mail us at [email protected]