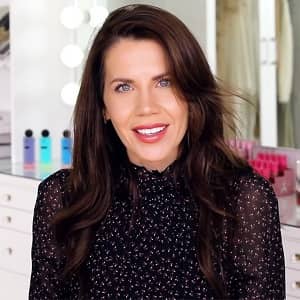 Tati Westbrook is an internet personality, YouTuber, businesswoman, and makeup artist from America. Tati rose to fame with her YouTube channel, ‘GlamLifeGuru’. She never expected that what she stated as a mere activity for fun would later be turned out to become her full-time profession.

Where is Tati Westbrook from?

Tati Westbrook came to this world on February 14, 1982, in Seattle, Washington, USA. She is American by nationality and is currently 37 years old. Talking about her childhood, she spent most of her childhood days in Washington with her family along with her three younger sisters, Erika, Sabrina, and Larisa. Other than this, there is no information about her parents’ details and background.

Academically, Tati attended her high school education from a local high school in Seattle. Additionally, she attended cosmetics and beauty training for her personal interest but has not attended any University for higher education.

How is the professional life of Tati Westbrook?

Before the world knew her as Tati Westbrook, she served as an image consultant and even worked as a Hollywood makeup artist and stylist. She is known as a famous YouTuber and a blogger but there is much more to Tati than just that.

The 37-year-old started off as a YouTuber with a prior focus to teach women about makeup. She intended to give her audience beauty secrets, tips, tutorials and hauls about beauty, skincare, and makeup. It was just a matter of time that she gave up her full-time job to work as a vlogger as her professional choice.

In no time, her ‘GlamLifeGuru’ channel grew to become the world’s most popular weekday beauty product review channel on YouTube. On her channel, she compares high-end products with the local drugstore ones, showing plus points of both the products.

Additionally, Westbrook also sponsors products to her audience that would appeal and not damage her brand. Since her skyrocketed career, she was even named Women’s Wear Daily YouTube Breakout Beauty Star. As of now, she is frequently featured in the world’s leading editorial magazines like Glamour, Allure, and Cosmopolitan. Moreover, she owns her own company Halo Beauty inc that sells beauty related supplements.

How much net worth does Tati Westbrook hold?

As a successful YouTuber and blogger, she surely makes a huge amount of money every time an ad is displayed in her videos and from the extra sponsorships she receives. According to several media reports, Westbrook has accumulated a net worth of over $1.3 million from her career. However, she is yet to reveal her official earnings and any information regarding her assets, such as houses and vehicles.

Referring to the love life of Tati Westbrook, she is currently married to a man named James since 11th January 2017. James is her husband who often appears in her videos, which her fans and followers really seem to appreciate. However, there is no information on how they met and doesn’t have any children of their own but bears a step-son named Taylor. Despite that, the family seems to be living happily and James supports her business as well.
Moreover, Tati isn’t linked to any sort of controversial acts or has been involved in any sorts of rumors. She is successful in maintaining a pretty clean profile for her professional life.

Looking at her physical attributes, she looks quite beautiful with an attractive body that measures 35-28-35 inches. She stands with a height of 5 feet 7 inches and weighs about 60 kilograms. Moreover, she mentions wearing a bra size of 33B whereas her shoe size is 7 (US). She looks even more attractive with the combination of her dark brown hair and a pair of grey eyes.

Our contents are created by fans, if you have any problems of Tati Westbrook Net Worth, Salary, Relationship Status, Married Date, Age, Height, Ethnicity, Nationality, Weight, mail us at [email protected]