Teddi Mellencamp was one of the stars of The Real Housewives of Beverly Hills. The reality TV personality joined the ensemble in season 8 and recently confirmed she had been axed. 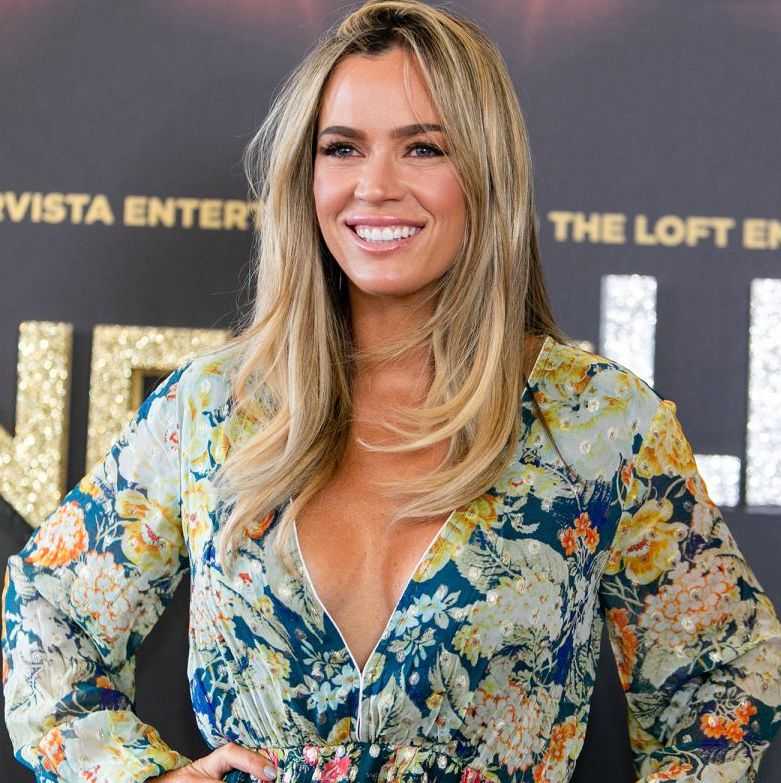 Teddi Jo Mellencamp is an American reality television personality, a model, an actress, a fitness trainer and a social media personality. Teddi is best known for her appearance on the reality show, “The Real Housewives of the Beverly Hills” as the new addition cast to the show’s season 8 and as the daughter of the legendary singer, John Mellencamp. Besides, Teddi comes in news for her personal life as she announced to be pregnant with her third child.

What is Teddi Jo Mellencamp Famous for?

When and Where was Teddi Jo Mellencamp Born?

Teddi Jo Mellencamp was born on July 1, 1981, in Bloomington, Indiana, United States. Her birth name is Teddi Mellencamp Arroyave. Her nationality is American. Teddi belongs to White ethnicity while Cancer is her zodiac sign.

Teddi Jo Mellencamp is the daughter of John Mellencamp(father) and Victoria Granucci(mother). Her father is a legendary rock musician and singer. Later in 1981, her parents got divorced.

Teddi Jo Mellencamp was raised in Hilton Head Island, South Carolina along with her sister, Justice Mellencamp. Teddi has altogether four siblings including her two half-brothers, Hud and Speck and a half-sister, Michelle.

Teddi changed her name herself at a young age as a competitive Equestrian. Teddi was always interested in sports and she loved playing outdoors since her childhood. She even has won the stakes class at the age of 17, after then she worked at CAA and UTA.

What Has Teddi Jo Mellencamp Done For Her Living?

Teddi Jo Mellencamp started her career first in coaching and fitness. Mellencamp was involved in coaching as she was an employee at CAA and UTA. She began focusing more on her career as a fitness trainer. She desired to help others to achieve a healthier lifestyle.

Mellencamp entered Hollywood through her appearance in season 8 of the popular reality TV show, “The Real Housewives of Beverly Hills” in 2017.  Mellencamp was cast as the main lead of the show alongside Lisa Vanderpump, Kyle Richards, Lisa Rinna, Erika Jayne, Yolanda Hadid, and Eileen Davidson.

Mellencamp has also appeared on “The Wendy Williams Show”, “Strahan & Sara” and “Home & Family”. Currently, she is working on the TV shows, “Celebrity Page” and “Steve”. Teddi Mellencamp made her first movie debut through the family drama, “Next Level” as Mrs. Stallings in 2019.

Is Teddi Jo Mellencamp Married? How Many Children Does She Have?

Teddi Jo Mellencamp is a married woman. Mellencamp is married to her husband Edwin Arroyave. Edwin is the founder and CEO of his company, “Skyline Security Company” and is also a co-star of the reality show, “The Real Housewives of the Beverly Hills”.

The couple got married on July 7, 2011, and has been living together since then for now 8 years.  The couple together shares two children: a daughter Slate Arroyave and a son Cruz Arroyave. Teddi went through a tough time while bearing the baby. Also, the couple has announced of expecting their third child

Currently, Teddi is residing in Hollywood Hills, Los Angeles, California along with her husband and children.

Previously, Teddi Jo Mellencamp was in a serious relationship with Matthew Robertson however, Robertson hitched her on June 3, 2006.

Is Teddi Jo Mellencamp A Millionaire?

Teddi Jo Mellencamp has managed to gather a massive fortune through her career as a TV personality. Considering all her appearances on the shows including “The Real Housewives of the Beverly Hills”, Teddi Mellencamp has been able to amass a fortune in million dollars until date. Teddi enjoys her fortune which is estimated to be $6 million.

In addition to her fortune, her father, John Mellencamp’s net worth adds more which is $25 million and her husband, Edwin’s net worth is also in million dollars. Further, Mellencamp, being an employee of CAA and RTA had an annual salary of $60k.

With all the fortunes, Teddi has been living a lavish and luxurious lifestyle. Teddi bought her RHOBH castmate Megan Ellison’s Beverly Hills home worth of $4.07 million in 2018.

How Tall is Teddi Jo Mellencamp?

The beautiful lady, Teddi Jo Mellencamp has a well maintained curved body physique. Being a TV personality, Mellencamp always has been conscious of her health and fitness.  Mellencamp stands tall with a height of 5ft. 7inch.(1.70m). while her body weighs around 60kg(132 lbs). She has a body measurement of 33-26-34 inches with 32 B as her bra size 6(US) as her shoe size.

Talking about her looks, she has a fair complexion with blonde hair and green eyes.

Our contents are created by fans, if you have any problems of Teddi Mellencamp Net Worth, Salary, Relationship Status, Married Date, Age, Height, Ethnicity, Nationality, Weight, mail us at [email protected]