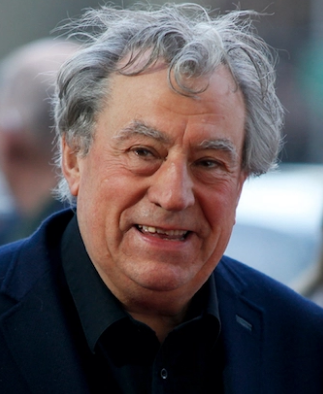 Terry Jones was a Welsh actor, writer, comedian, screenwriter, film director, and historian. He was a member of the Monty Python comedy team. After graduating from Oxford University with a degree in English, He and writing partner Michael Palin wrote and performed for several high-profile British comedy programs, including Do Not Adjust Your Set and The Frost Report, before creating Monty Python’s Flying Circus with Cambridge graduates Eric Idle, John Cleese, and Graham Chapman, and American animator/filmmaker Terry Gilliam.

For his exceptional contribution to television and film, he won a Lifetime Achievement award at the BAFTA Cymru Awards in 2016. After suffering from degenerative aphasia for many years, he gradually lost his ability to speak and died on January 21, 2020. Let us learn more about him by reading this post.

Terry Jones is well-known for what he does.

Actor, writer, comedian, screenwriter, director, and historian from Wales.
Being a member of the Monty Python satirical troupe.

Terry Jones was born in the United Kingdom.

Jones was born in the Welsh town of Colwyn Bay, in the county of Denbighshire. He is of White descent and holds Welsh citizenship. Dilys Louisa Parry-Jones, a housewife, and Alick George Parry-Jones, a bank clerk, were his parents. His father served in the Royal Air Force in India. The family relocated to Surrey, England, when he was four and a half years old.

Terry Jones received his education where?

Jones attended Esher COE primary school before going on to the Royal Grammar School in Guildford, where he served as school captain in the 1960-61 academic year. He went on to Oxford University, where he earned a degree in English.

When did Terry Jones start working as a writer?

Jones went on to write a number of books and screenplays after graduation, including both humorous and serious works on medieval history.

Ripping Yarns is a book he co-wrote with Palin. They also wrote Underwood’s Finest Hour, a play about an obstetrician who is disturbed during childbirth by a radio broadcast of a Test match, which premiered at Hammersmith’s Lyric Theatre in 1981.

He also published a number of children’s books, including Fantastic Stories, The Beast with a Thousand Teeth, and The Curse of the Vampire’s Socks, a compilation of comic verse.

He also wrote the screenplay for Labyrinth (1986), but his first draft went through many rewrites and was rewritten by several other authors before being filmed, so he did not compose much of the final product.

He also published books and presented documentaries on medieval and ancient history for television. Chaucer’s Knight: The Portrait of a Medieval Mercenary (1980) was his first novel, and it is a reinterpretation of Geoffrey Chaucer’s The Knight’s Story.

He also co-wrote Who Murdered Chaucer? (2003), in which he claims that Chaucer was close to King Richard II and was persecuted to death by Thomas Arundel after Richard was deposed.

His TV show often often questions traditional historical perceptions. Terry Jones’ Medieval Lives, for example (2004; for which he received a 2004 Emmy nomination for “Outstanding Writing for Nonfiction Programming”).
Terry Jones’ Barbarians (2006) portrays the cultural contributions of peoples conquered by the Roman Empire in a more optimistic light than Roman historians traditionally do, attributing the Sack of Rome in 410 AD to propaganda.

He wrote several anti-Iraq War columns for The Guardian, The Daily Telegraph, and The Observer. Many of these editorials were collected in Terry Jones’s War on the War on Terror, a paperback collection.

The online publishing house Unbound unveiled his book Evil Machines at the Adam Street Club in London in November 2011. It was the first book to be published entirely through a crowdfunding platform dedicated to books.

Unbound received a lot of help from him as they established their publishing model. He also published The Tyrant and the Squire with Unbound in February 2018.

He was also a member of the Poetry Society, and his work has been published in Poetry Review.
Terry Jones began his acting career when he was thirteen years old.

Jones began his acting career with Michael Palin, Graeme Garden, Bill Oddie, and Jonathan Lynn in the film Twice a Fortnight, as well as the television series The Complete and Utter History of Britain (1969).

With Palin, Eric Idle, and David Jason, he starred in Do Not Change Your Set (1967-69). He contributed to David Frost’s The Frost Report and a number of other David Frost shows on British television. His portrayals of middle-aged women are among the most unforgettable of his contributions to Monty Python’s Flying Circus as a dancer.
Aside from a cameo in Terry Gilliam’s Jabberwocky and a memorable minor role as a drunken vicar in the BBC sitcom The Young Ones, he is best known for his cameo in Terry Gilliam’s Jabberwocky. Outside of his designs, he was barely seen at work.

He co-directed Monty Python and the Holy Grail with Terry Gilliam and was the sole director of Life of Brian and Monty Python’s The Meaning of Life, both Monty Python films.

He eventually obtained full control of the projects as a film director, and developed a visual style that complemented the humor. Erik the Viking (1989) and The Wind in the Willows (1993) are two of his later films (1996).

He directed and wrote the libretto for the opera Evil Machines in 2008. He appeared on the BBC Wales program Coming Home in 2009, about his Welsh ancestors.

He was asked to direct and write the libretto for another opera, The Doctor’s Story, in 2011. Three of his films were banned in Ireland: The Meaning of Life, Monty Python’s Life of Brian, and Personal Services. In July 2014, he reunited with the other four living Pythons for ten shows at the O2 Arena in London (Monty Python Live (Mostly)). This was his last appearance with the band before being diagnosed with aphasia.

He directed the 2015 comedy film Absolutely Everything, which follows a disillusioned schoolteacher who is granted the opportunity to do whatever he wants by a group of aliens watching from space. The film stars Simon Pegg, Kate Beckinsale, Robin Williams, and the voices of Monty Python’s remaining five members. It was shot over the course of six weeks in London.

He received a standing ovation as he received a Lifetime Achievement award for his outstanding contribution to television and film at the BAFTA Cymru Awards in October 2016.

Jones was diagnosed with primary progressive aphasia, a form of frontotemporal dementia that impairs the ability to talk and communicate in 2015, according to his health.

He first raised eyebrows in July 2014 during the Monty Python reunion show Monty Python Live (Mostly), when he struggled to remember his lines. He became a dementia awareness advocate and a fundraiser for dementia research.

By September 2016, he was no longer able to give interviews. By April 2017, He had lost the ability to say more than a few words of agreement. Unfortunately, He died on 21st January 2020 from complications of dementia at his home in North London.

Who was Terry Jones married to?

Reflecting on her personal life, Jones was married twice until his death. He has married Alison Telfer in 1970, and they had two children together, Sally and Bill. The pair had an open marriage. Thus in 2009, he left her for Anna Söderström, who was 41 years his junior and with whom he had been in a relationship for five years. In September 2009 a daughter named Siri was born to them. Later, They married in 2012. He was life blissfully with his wife and kids until his death in 2020.

How much is Terry Jones worth?

Being a part of the entertainment industry, Jones earns a decent amount of money and fame through his profession as a comedian, writer, actor, director, and historian. Based on some online reports, his estimated net worth said to be $15 million at the time of his death. However, his salary is yet to be disclosed.

How tall was Terry Jones?

Before his death, Jones stands a height of 5 feet 7 inches and his weight is unknown. Similarly, he has a pair of black eyes and white-grey hair color. His other body information is yet to be disclosed. In the case of disclosed, we will let you know.

Our contents are created by fans, if you have any problems of Terry Jones Net Worth, Salary, Relationship Status, Married Date, Age, Height, Ethnicity, Nationality, Weight, mail us at [email protected]