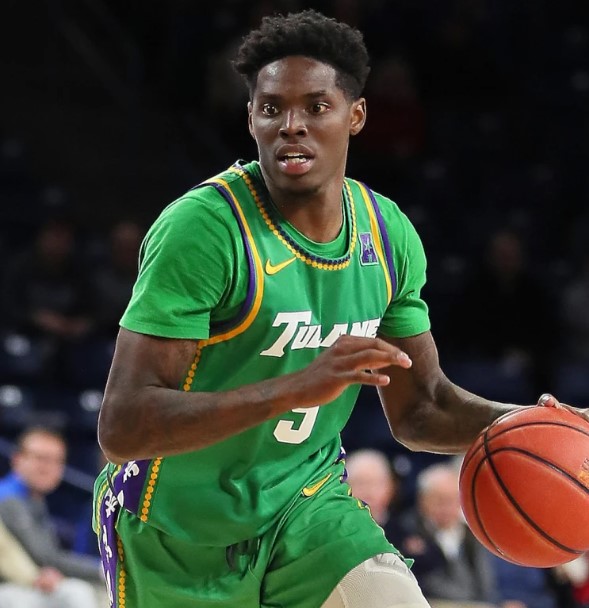 Teshaun Hightower is an American college basketball player. He plays college basketball at Tulane University. He transferred to Tulane after playing 2 seasons at the University of Georgia. He made national headlines after he was arrested and charged with murder and possession of a firearm in April 2020.

What is Teshaun Hightower Famous For?

Where is Teshaun Hightower From?

Teshaun Hightower was born on 21 November 1998. His birth place is in Lithonia, Georgia in the United States. He holds an American nationality. Information about his parents is not available at present. It will be updated soon. He has a brother named Jeffrey Hightower.

The 24-year-old Devante Anthony Long was shot at his apartment complex at 600 Building of Spindletop Way in Stockbridge, Georgia on 8 April 2020. He was later pronounced dead at the hospital. Following the investigation, the Henry County Police Department named Teshaun Hightower, along with 5 others including his brother, Jeffrey as the prime suspect for Long’s murder. The other suspects are Kelvonie Burney, Tyreek Famer, Tobias Gresham, and Antonie Gresham.

Teshaun Hightower was arrested on 25 April 2020 and is being held in the Henry County Jail without bail. has been charged with felony murder, aggravated assault, possession of a firearm during the commission of a felony, and battery. If convicted, Hightower would be facing serious prison time.

How Tall is Teshaun Hightower?

Basketball player Teshaun Hightower stands at a height of 1.96 m i.e. 6 feet and 5 inches tall. He has a body weight of 190 lbs i.e. 86 kg. He has an athletic body build. He had dark brown eyes and his hair color is black.

How Much is Teshaun Hightower Worth?

Teshaun Hightower is one of the aspiring basketball players. He is still in his college years. Thus, he has yet to pursue his professional basketball player. He was eyeing to enter the 2021 NBA Draft. However, his latest conviction might affect his career for good.

Our contents are created by fans, if you have any problems of Teshaun Hightower Net Worth, Salary, Relationship Status, Married Date, Age, Height, Ethnicity, Nationality, Weight, mail us at [email protected]