Thomas Gibson is an American actor and director. 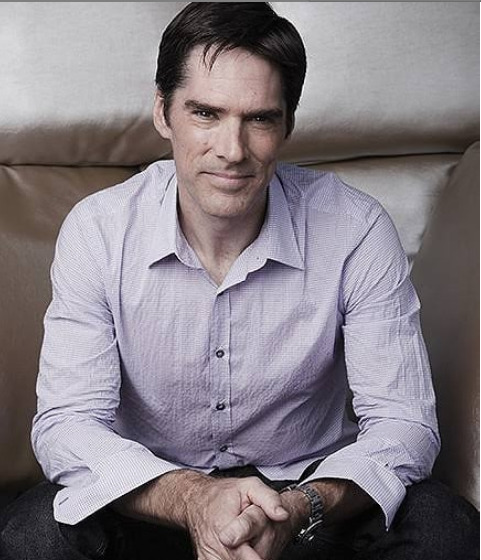 Thomas Gibson is an American actor and director who portrayed Daniel Nyland in the CBS series Chicago Hope. He has also Portrayed Greg Montgomery on the ABC series Dharma & Greg, and also Aaron Hotchner on the CBS series Criminal Minds (2005–2016).

There were rumors that Thomas Gibson has cancer due to the apparent weight loss. However, the rumors have never been confirmed.

Thomas Gibson was born as Thomas Ellis Gibson. He was born in Charleston, South Carolina, United States of America. He was born as the son of mother Beth Gibson and father Charles M. “Mac” Gibson. His mother was a social worker and his father was a lawyer and liberal Democrat. His ethnicity is mixed (Irish, Scottish, English and Welsh ancestry) and nationality is American. His star sign is Cancer. There is no information about Gibson’s siblings.
He was raised in Roman Catholic background. He became more interested in acting since his childhood days.
Taking about his education, He studied at the Little Theater School and the Bishop England High School. In the period between 1979 and 1981, he studied at the College of Charleston. Later, he got a scholarship for studying at the reputable Juilliard School, from which he graduated in 1985 with a B.F.A. degree.

Awards and Achievements of Thomas Gibson

Moving towards his Awards and Achievements, he has won Entertainment Weekly online poll award in 2010 for Criminal Minds. Apart from this, he was nominated for seven awards; Screen Actors Guild Award (03 Times), Q Awards, Golden Globe (02 Times), and Satellite Award till present date.

Net Worth of Thomas Gibson

Thomas Gibson has been active in the field of acting and showcased his wide range of acting skill in various projects. The actor has also played numerous breakout roles in several commercially successful movies which helped him to boost up his net worth.
As per celebrity net worth, He has a net worth of around $ 18 million, in 2019 and salary $ 5 million per year. The actor gained worldwide fame following his marvelous performance in one of the most viewed TV series Criminal Minds where he was paid $100 K and $200 K in 2010 and 2014 respectively.

Talking about his personal life, Thomas Gibson has been linked with many women in the past but there is no official confirmation about the affair. Besides acting, he has a great interest in sports he is a very good golf player. He has also a great interest in music.
Gibson was married to Christine Gibson in 1993. They have three children the eldest son is James Parker Gibson (born 1999), the other on is Travis Carter Gibson (born 2002) and youngest daughter Agatha Marie Gibson (born 2004). He currently lives with his family in San Antonio, Texas, which is also his wife’s home town.
Currently, there is news about their separation because of misunderstanding in their relationship. It seems they may get divorced too. And the two parted ways in the year 2011 and filed for divorce in 2014. The two finalized their divorce on 14th February 2018. Following his divorce with his wife Christine, Thomas is leading a low profile life.

Talking about his physics, He has a height of 6ft 1 ½ inch. and weighs around 75 Kg. His body measurements are 42-15-34 inches include chest, biceps, and waist respectively. Similarly, He has a pair of dark brown eyes and hair color. His other body information such as shoe and dress size will be updated soon.

Our contents are created by fans, if you have any problems of Thomas Gibson Net Worth, Salary, Relationship Status, Married Date, Age, Height, Ethnicity, Nationality, Weight, mail us at [email protected]