Thylane Blondeau is a famous French model and actor who was best known as a brand ambassador of ‘L’Oreal Paris.’ 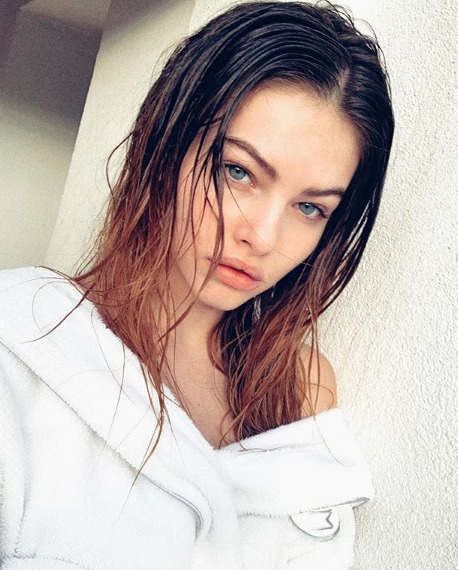 Thylane Blondeau is a famous French model and actor who was best known as a brand ambassador of ‘L’Oreal Paris.’ Born to a professional footballer father and a TV presenter mother, Thylane started modeling at the tender age of 4.

Back in 2011, she faced controversy at the very young age of 10. Her highly sexualized pictures got published on her Facebook fan page account. Later, her mom shuts down the fan page account. In addition, many people criticized her for sensual photoshoots at a very young age. Besides this, there are no rumors regarding her personal and professional life.

Thylane was born as Thylane Léna-Rose Loubry Blondeau in Aix-en-Provence, France under the birth sign Aries. She has a brother name, Ayrton Blondeau.

She is the daughter of footballer Patrick Blondeau and actress Véronika Loubry. Talking about her nationality, she is French and her ethnicity is unknown. As a child, she developed her interest in modeling and began modeling at the age of four.

Regarding education event to the Lycee St Francis de Los Angeles School where she completed her education.

The career of Thylane Blondeau

In addition, she has also signed with IMG models and featured on various covers of Vogue and other major brands. Besides this, she also featured in adult clothing and make-up for the Vogue Paris supplement Vogue Enfants. At the age of 13, she appeared on the cover of Jalouse magazine. Moreover, this famous model has also played the role of Gabrielle in the film Belle & Sebastian: The Adventure Continues.

she’s making the rounds at the New York Fashion Week spring-summer 2018 shows and is initiating the new generation of millennial models.

So far, Thylane has not received any awards in her career. However, she is still so young and her works have been appreciated by many people around the world.

Net Worth of Thylane Blondeau

Even at a small age, Thylane Blondeau has been able to accumulate a good salary and a net worth. According to some sources, she has a net worth of 4.3 million dollars which is a great amount at a really small age.

The 17-year-old French model, Thylane is an unmarried girl. Currently, she is in a relationship with Raphaël Le Friant. The couple has been dating each other for some time. Furthermore, she also posted various photos of them on her social media accounts. Prior to dating Raphael, there was a rumor that she was dating Mano Lougassi. Although, she denied the news. There is not any news relating to her past affairs. Currently, Thylane and Raphaël are enjoying their love life and living elegantly.

Thylane Blondeau is too small to have a fairy-like body structure. The cute little girl looks gorgeous even without makeup and has a cute body. She stands at the height of 5 feet and 6 inches tall and has a gorgeous body measurement of 35-24-34 and weighs around 54 kilograms. Moreover, she has a pair of gorgeous blue eyes and light brown hair.

Our contents are created by fans, if you have any problems of Thylane Blondeau Net Worth, Salary, Relationship Status, Married Date, Age, Height, Ethnicity, Nationality, Weight, mail us at [email protected]