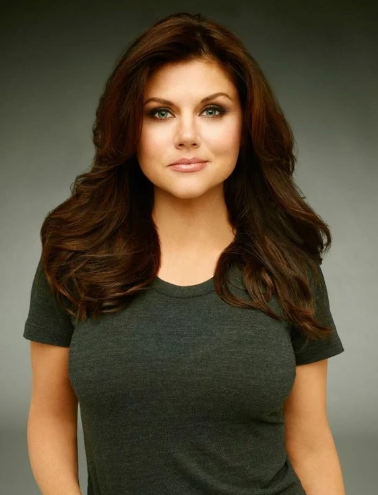 One of the American actresses is Tiffani Amber Thiessen who is well-known as Tiffani Thiessen. She is famous for her appearance on the two series known as ‘Saved by the Bell’ (1989–1993) and ‘Beverly Hills 90210’ (1994-1998) which was of great success. She also appeared in several films.

What nationality is Tiffani Thiessen?

Tiffani Thiessen’s full name is Tiffani Amber Thiessen. She was born on 23 January 1974 in Long Beach, California, U.S. She was born to Robyn who is a homemaker and Frank Thiessen who is a park designer and landscape architect. She also has a brother named Todd Thiessen. She attended Cubberley Elementary and Marshall Junior High School in Long Beach. In 1992, she graduated as valedictorian at Valley Professional High School in Studio City.

Who is Tiffani Thiessen’s husband?

Tiffani is married. Before her marriage, she has dated her co-star Brian Austin Green from 1992 to 1995. Later she dated actor David Strickland. She also dated actor Richard Ruccolo and got engaged to him in 2001 but they broke up in 2003. Then she married Brady Smith who is an actor on 9 July 2005. They have two children named Harper who was born in 2010 and Holt who was born in 2015. The couple is living happily.

How much is Tiffani Thiessen worth?

Tiffani’s net worth is estimated to be $13 million.

Tiffani’s height is 1.65 m and her weight is 59 kg. She has dark brown eyes and dark brown hair color. Her body type is slim. She has a balanced and healthy body.

Our contents are created by fans, if you have any problems of Tiffani Thiessen Net Worth, Salary, Relationship Status, Married Date, Age, Height, Ethnicity, Nationality, Weight, mail us at [email protected]