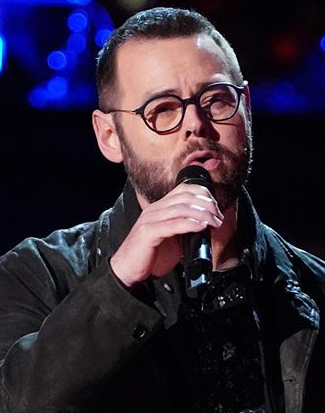 Pastor and Winner of the 18th season of "The Voice"

Todd Tilghman is a pastor from Meridian. He is best known as the winner of the 18th season of American series “The Voice”. He’s the lead pastor at the church where he attended as a kid. He’s been singing from a young age as well. At age 42, he became the oldest winner in the series history. He has the distinction of being the first artist to perform that season and the first artist to be unanimously selected by the judges. He got a four-chair turn in his blind audition on the premiere of The Voice Season 18 on Monday, February 24th, 2020. He was ultimately selected to compete in the team coached by Blake Shelton. Todd has been on Team Blake since his blind audition to “We’ve Got Tonight” by Bob Seger. The 42-year-old turned all four coaches’ chairs, and his audition has over 2 million views on YouTube.

Todd Tilghman Is ‘The Voice’ Winner

The Voice 2020 finale results are in, and Todd Tilghman of Team Blake is the official winner of the spring season. Todd ended up beating out finalists Thunderstorm Artis and Toneisha Harris for the top spot. Host Carson Daly announced Todd as the spring 2020 season champion after he earned the most votes ahead of Tuesday night’s finale. On Monday night’s episode of The Voice, Todd performed “I Can Only Imagine” by MercyMe and his own original song entitled “Long Way Home.” He stood out time and time again for coaches Blake Shelton, Kelly Clarkson, John Legend, and Nick Jonas. Todd was up against the fierce competition, beating out the rest of the top 5 finalists, including Thunderstorm Artis, Micah Iverson, CammWess, and Toneisha Harris. He was a star from the beginning of his Voice journey when he turned four chairs while taking on Bob Seger’s “We’ve Got Tonight.” His soulful voice served him well in the battles, knockouts, and live shows. He later sailed his way into the finale following his rendition of “Love, Me” by Collin Raye.

Being the lead pastor at the church from Meridian.

Being the winner of the 18th season of American series “The Voice”.

What is the birthplace of Todd Tilghman?

On 3rd January 1978, Todd Tilghman was born in Meridia, Mississippi, the USA; his birthplace/hometown. He grew up in Meridian, Mississippi, and still lives there with his family. He’s the lead pastor at the church he attended as a kid. His nationality is American and his ethnicity is American-White. His race is White. He was born to his parents; Petty Tilghman (mother) and Larence Tilghman (father). As per his siblings, he also has a sister named Holly Tilghman Caldwell who is a Beauty Consultant at Farmasi. His religion is Christian and his horoscope sign is Capricorn. There is no further information about his education. As of 2020, he celebrated his 41st birthday.

Who is the Wife of Todd Tilghman?

Todd Tilghman is a married man. He is married to his high school sweetheart, Brooke, and he is the father of eight children. Among eight kids, two were adopted. Brooke Tilghman is the director at Farmasi as well as the Executive Educator at Bo Stegall The Colelction. Since 2011, he has been the lead pastor of Cornerstone Church in Meridian. He has never sung anywhere outside of the church. Tilghman’s eldest son, Eagan Tilghman, was a contestant on NBC’s Making It (TV series). As of now, Todd along with his wife and children is living a happy life without any disturbances. He has been married for 21 years. His sexual orientation is straight and he is not gay.

What is the Net Worth of Todd Tilghman?

Todd Tilghman is a pastor who is famous as the winner of the 18th season of American series “The Voice”. Since 2011, he has been the lead pastor of Cornerstone Church in Meridian. The net worth of this famous singer is estimated to have $470K as of 2020. Whereas his exact salary is unknown. His major source of earning is from his singing career and he is satisfied with his earnings. There is no information about his cars and house.

How tall is Todd Tilghman?

Todd Tilghman is a very handsome person with a cool attitude and a charming smile. He has got a very glowing face. He has got a tall height of 5 ft 9 in with a balanced bodyweight of 78 Kg. Unfortunately, his other body details such as chest size, waist size, hip size, bicep size, dress size, shoe size are unknown at present. Overall, he has got a healthy body.

Our contents are created by fans, if you have any problems of Todd Tilghman Net Worth, Salary, Relationship Status, Married Date, Age, Height, Ethnicity, Nationality, Weight, mail us at [email protected]