Todd Tongen was an American reporter and TV news anchor from Miami, Florida. 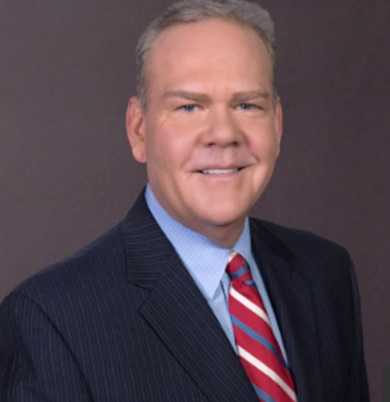 Todd Tongen was an American reporter and TV news anchor from Miami, Florida. He worked for WPLG Local News for 30 years. He committed suicide at the age of 56. His brother and the station confirmed the news on 5 June 2019. He killed himself as he believed he had same dementia that killed his mother in 2017.

What is Todd Tongen Famous For?

Where was Todd Tongen Born?

Todd Tongen was born in 1963. He was born in the United States. He held American nationality. He has a brother, Scott Tongen. Information about his parents and early life is currently unavailable. Detailed info will be updated soon.

He started his journalism career in 1983 as a radio disc jockey in his native Minnesota.

In 1983, he began his broadcasting career in his native Minnesota.

He started as a weather forecaster.

He later became the anchor of the weekend morning show.

He stated in 2015 that he had already skydived, bungee jumped, flown with the Blue Angels and the Thunderbirds, ridden on the back of a whale, all from his bucket list.

One of his most popular segments was “10 Taxi”. He drove guests such as comedian Joan Rivers and actor Vin Diesel in a 1967 Checker cab.

One of his wishes was to star in a blockbuster film whether if he gets only a small role.

Who was Todd Tongen Married to?

Todd Tongen was a married man. He was married to Karen Tongen. He had two sons, Tyler and Ryker.

Todd Tongen committed suicide in June 2019. He was 56-years old. His brother and the station he worked for confirmed his death on 5 June 2019. His wife was on vacation in Italy with their younger son. She tried to reach her husband but could not reach him. She asked one of her friends to check on Tongen. The authorities were called and they found him dead at his home.

Our contents are created by fans, if you have any problems of Todd Tongen Net Worth, Salary, Relationship Status, Married Date, Age, Height, Ethnicity, Nationality, Weight, mail us at [email protected]