Thomas William Selleck is an American actor and film producer who has starred in a number of television series and films. His breakout role was playing private investigator Thomas Magnum in the television series Magnum, P.I. 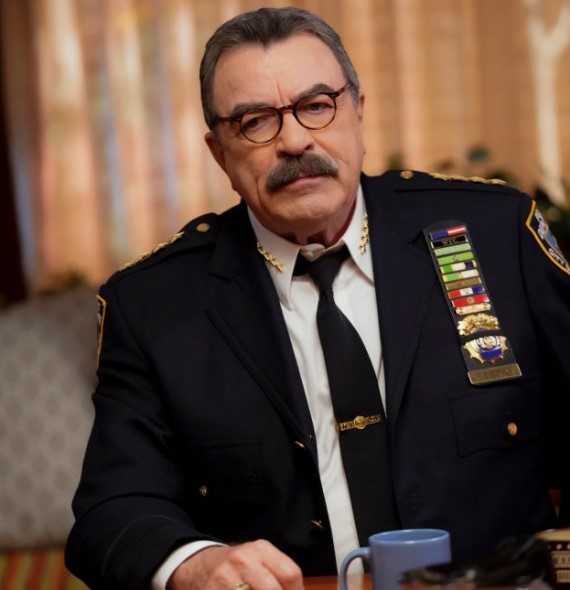 What is famous for?

is famous for starring as private investigator Thomas Magnum in the television series Magnum, P.I. (1980–1988), as Peter Mitchell in Three Men and a Baby, and as NYPD Commissioner Frank Reagan in Blue Bloods on CBS since 2010. Selleck was also famous for his mustache, a Hawaiian-style aloha shirt, a Detroit Tigers baseball cap, and a Colt MKIV/Series 70 Government Model handgun driving Ferrari 308 GTS in series, Magnum, P.I.

Where is Tom Selleck from?

Selleck was born as Thomas William Selleck in Detroit, Michigan, the US on January 29, 1945, to housewife Martha Selleck (Jagger)(1921–2017) and Robert Dean Selleck (1921–2001), who was an executive and real estate, investor. His nationality is American and he belongs to White ethnicity. His religion is Christianity and his zodiac is Aquarius. Selleck’s family moved to Sherman Oaks, California, during his childhood. He grew up with an elder brother Robert, a sister. Selleck graduated from Grant High School in 1962 and enrolled at Los Angeles Valley College. However, he transferred to the University of Southern California. He was interested in basketball and other games while at University. Selleck was majoring in Business Administration but after a drama coach suggested he try acting, he dropped out of the university in his senior year. Selleck then studied acting at the Beverly Hills Playhouse, under Milton Katselas.

Selleck began his acting career making his first television appearance as a college senior on The Dating Game in 1965. He quickly began to get offers to play small parts in TV series, mini-series, and TV movies. He also appeared in commercials for Pepsi-Cola, Right Guard deodorant, Marlboro cigarettes, aperitif Dubonnet, Close-Up. and Revlon’s Chaz cologne.  After struggling for some time, Selleck got leading-man cowboy roles in Western films, starting with his role as a cowboy and marshal Orrin Sackett in the 1979 film The Sacketts. He starred in Concrete Cowboys the same year. He followed The Sacketts with The Shadow Riders in 1982. He won a “Western Heritage Award” for his 1997 role in The Last Stand at Saber River. His big break came when he was cast in the lead role as Thomas Magnum in the i980 series, Magnum, P.I. The show would go on for eight seasons and 163 episodes until 1988, winning him an Emmy Award for Outstanding Lead Actor in a Drama Series in 1984. During the Magnum years, he also starred as an acrophobic police detective in Runaway and a stand-in father in Three Men and a Baby.

During the 1990s, he also starred in Three Men and a Little Lady, High Road to China, Lassiter, Her Alibi, An Innocent Man, Folks!, Christopher Columbus: The Discovery, Mr. Baseball, In & Out, and The Love Letter. In the mid-nineties, Selleck played the role of Richard Burke in the TV series Friends. In February 1998, Selleck accepted the lead role in a sitcom for CBS called The Closer. His last two cowboy roles were in the 2001 TNT movie Crossfire Trail, and the 2003 motion picture Monte Walsh. Since 2005, Selleck has starred in the role of transplanted lawman Jesse Stone in a series of made-for-TV movies based on Robert B. Parker’s novels. He joined the cast of the NBC drama Las Vegas in the season-five premiere on September 28, 2007.  Starting in 2010, he starred in the American police procedural/drama series Blue Bloods on CBS. Besides, the actor, he is also a producer. he has done commercial voice-overs for Florida’s Natural orange juice and AT&T. As a host, In the mid-1990s, Selleck hosted a special series on TLC called The Practical Guide to the Universe. Throughout his career, Тоm hаѕ rесеіvеd two Gоldеn Аррlе Рrіzе аѕ Тhе Маlе Ѕtаr Оf Тhе Yеаr (1982 & 1983),  three Реорlе’ѕ Сhоісе Аwаrdѕ аѕ Fаvоurіtе Маlе ТV Реrfоrmеr (1984 & 1985), Аn Еmmу Аwаrd (1985) аnd а Gоldеn Glоbе Аwаrd (1985)

Who is Tom Selleck married to?

From 1971 to 1982, Selleck was married to model Jacqueline Ray. During that time, he adopted her son, Kevin Shepard (born 1966),  former drummer for the American rock band, Tonic. On August 7, 1987, Selleck married Jillie Joan Mack (born 1957).  They have one daughter, Hannah (born December 16, 1988). Selleck and his family are living happily in Thousand Oaks-Westlake Village, California, on a 60-acre (24 ha) avocado-ranch in Hidden Valley formerly owned by Dean Martin.

What is Tom Selleck’s net worth?

Аѕ оf 2020, Тоm Ѕеllесk nеt wоrth is estimated аt $50 mіllіоn. His average salary is still under review.Тhе mајоr ѕоurсе оf Ѕеllесk wоrth іѕ hіѕ acting саrееr. He has played over 50+ films and series so far and has made a huge name and sum from it. Also, he earned from commercials for Clоѕе-Uр, deodorant and Marlboro cigarettes. He also did voice-overs. Regarding his house, Selleck lives on a 65-acre ranch and avocado farm in California. His car details are still under review.

What is Tom Selleck’s height?

The 75 years old actor, Tom Selleck has a tall height of 6′ 4″. He has an average body build of a man who weighs 194 lbs. Similarly, this model has brown hair color and has hazel eyes color. His other body measurements are not yet known. He has a straight sexual orientation.

Our contents are created by fans, if you have any problems of Tom Selleck Net Worth, Salary, Relationship Status, Married Date, Age, Height, Ethnicity, Nationality, Weight, mail us at [email protected]