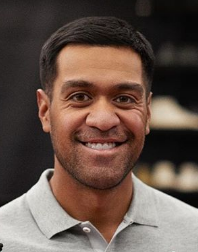 Does Tony Finau choke on Sundays, or is he the victim of bad luck?

Finau watched a two-stroke lead with two holes to play evaporate in Phoenix this weekend, his pocket picked by Webb Simpson, who proceeded to wave Finau’s wallet in jest by making birdie on the first hole of a sudden-death playoff to deny Finau, again, of his first full-field win on the PGA Tour. “Hats off to Webb. A couple of birdies coming home, and if you’re going to get beat that’s how it should happen,” Finau said in defeat. “I definitely didn’t give him the tournament. He took the lead from me early, and I got it late, but unfortunately, it’s how the cookie crumbles.”

What is the birthplace of Tony Finau?

Tony was born on 14th September 1989 in Salt Lake City, the USA. He is American by nationality and his ethnicity is mixed with Tongan and American Samoan. He was born to parents, Kelepi Finau (father) and Ravena Finau (mother) and he also has a brother named Gipper. His father was an immigrant from Tonga and has worked very hard to make Toy and his brother successful. His mother was also a very strong lady who raised seven homeless children. As per his education, he didn’t go to college. At the age of 17, he became a full-time professional golfer. As of 2019, he celebrated his 30th birthday with his friends and families.

How was Tony Finau’s Career?

At the age of 17, Tony Finau turned pro and started playing on mini-tours such as the Gateway Tour, NGA Hooters Tour, and National Pro Tour.

In 2009, he and his brother Gipper played on The Big Break on the Golf Channel, finishing second on Big Break Disney Golf.

In 2013, he competed on the PGA Tour Canada, where he made seven cuts in eight starts.

In August of 2014, he captured his first title at the Stonebrae Classic.

He then earned his PGA Tour card for the 2014-2015 season by finishing 8th in the regular season and 12th in the Web.com Tour Finals.

In March 2016, he captured his first PGA Tour title at the Puerto Rico Open.

He chose not to defend his Puerto Rico title in 2017, instead opting to take his chances at the 2017 WGC-Dell Technologies Match Play, where he was two plays shy of making the field, which consists of the top 64 players in the Official World Golf Ranking.

He qualified for the first three majors in 2018, including his first Master’s debut, by winning the Tour Championship in 2017, and despite dislocating his ankle in the Par-3 contest the day before the first round, he tied for 10th position at the 2018 Masters.

After a double-bogey on the 18th hole, he finished 5th at the US Open in June 2018, his best result in a major tournament to date.

Second places at the Safeway Open and The Northern Trust were his best finishes of the season.
In addition, he put T2 at the Genesis Open.

In September 2018, Jim Furyk chose Finau as a captain’s pick for the 2018 Ryder Cup, which will be held at Le Golf National outside of Paris, France.

On the 28th of October 2018, he lost a playoff to Xander Schauffele in the WGC-HSBC Champions.

He was in the final group of the Masters Tournament in April 2019, alongside Tiger Woods, who went on to win his 15th major title, and Francesco Molinari.

He finished the tournament in a tie for fifth place.

In December 2019, he was a member of the United States team at the 2019 Presidents Cup, which was held at the Royal Melbourne Golf Club in Australia.

Finau had a two-stroke advantage with two holes to play before losing to Simpson’s birdie on the first extra hole, but Simpson finished with consecutive birdies to force the playoff.

He lost the Waste Management Phoenix Open in a sudden-death playoff to Webb Simpson in February 2020.

Finau had a two-stroke advantage with two holes to play before losing to Simpson’s birdie on the first extra hole, but Simpson finished with consecutive birdies to force the playoff.

Tony Finau’s Wife: Who Is She?

Tony Finau is a married man who was previously married to Alayna Finau. Their wedding date has yet to be revealed, as has the story of how they met. They have four children together and currently enjoy each other’s company. Nene Finau (2012), Jraice Finau (2013), Tony Finau Jr. (2015), and Sage Finau (2016) are the names of their children. Sage, the couple’s youngest brother, had surgery to correct his Congenital Cystic Adenomatoid Malformation. The couple is currently living a happy life, as they often vacation with their children. They were last seen enjoying their holiday at Walt Disney’s Magic Kingdom.

Tony Finau’s net worth is unknown.

The net worth of this famous golfer is believed to have $8 Million as of 2020. In 2019, he earned over $5.6 million because of his 2nd-place finish at the Safeway Open, Genesis Open, and Northern Trust Bank Tournament. He has won $1,763,657 over 11 events. At present, his exact salary is under review but there is no doubt that he is earning a considerable amount of salary from his present work. He is satisfied with his earnings as of now. His major source of earning is from his golf career.

How tall is Tony Finau?

Tony Finau is a handsome hunk with an athletic body build. He has got a charming smile attracting a lot of people towards him. He has a height of 6 feet 4 inches. His body weighs 91kg. He has black hair and dark brown eyes. His other body measurements will be added soon once we get information about it. Overall, he has got a healthy body.

Our contents are created by fans, if you have any problems of Tony Finau Net Worth, Salary, Relationship Status, Married Date, Age, Height, Ethnicity, Nationality, Weight, mail us at [email protected]