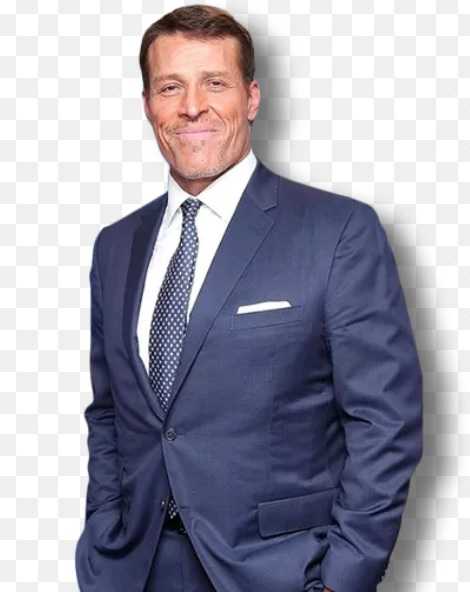 “Identify your problems, but give your power and energy to solutions.”

The more rejection you get, the better you are, the more you’ve learned, the closer you are to your outcome… If you can handle rejection, you’ll learn to get everything you want.

Tony Robbins is an American author, philanthropist, life-coach, self-help guru, and motivational speaker. The most famous works of his career are his books, ‘Unlimited Power’ and ‘Awaken the Giant Within’ and innovatively designed seminars, ‘Unleash the Power Within’ and ‘Mastery University’.

What is Tony Robbins famous for?

– Tony Robbins is famous as the life-coach and author of famous self-help books: “Unlimited powers” and for his infomercials and seminars.

When was Tony Robbins born?

Robbins was born to John Mohorovic(father) and Nikki Mohovoric(mother).  His parents got divorced when he was 7 years old.

After his parents got separated Robbins stayed with her mother who got remarried to Jim Robbins, a former semi-professional baseball player. Robbins adopted his stepfather’s surname ‘Robbins’ when he was twelve years old after he got legally adopted.

How was Tony Robbins’s early life?

Robbins was raised in Glendora, California. His nationality is American and English is his ethnicity. His zodiac sign is Pisces.

He did his schooling at Glendora High School. He was elected as a student body president in his senior year in school. During his high school, Robbins grew ten inches, which was due to a pituitary tumor.

Robbins received no further formal education beyond high school. He also had worked as a handyman to provide help for his siblings.

During his early life, he lived in a small low-rent apartment in Los Angeles. At the age of seventeen, he left his step-father’s home and he never returned back. Then, he worked as a janitor and he didn’t attend college.

How was Tony Robbins’s career?

Robbin formally started his career by promoting seminars for the motivational speaker and author ‘Jim Rohn’ at the age of seventeen years. Robbins took inspiration from Rohn and began life coaching.

In the year 1980, he met the co-founder of Neuro-linguistic Programming (NPL), John Grinder with whom he partnered where he taught NPL and Ericksonian Hypnosis.

In the year 1983, he learned to firewalk from the father of the global firewalking movement, Tolly Burkan and Robbins started to integrate it into his seminars.

Robbins started his career as a self-help guru when he released his first infomercial, “Personal Power”, through which he popularized himself as a ‘Peak performance coach’ and gained a lot of recognition in the year 1988.

He published his first major book,’ Unlimited Power’ in 1986 which deals with topics of health and energy, overcoming fears and enhancing personal relationships, which was a best seller in the United States, but its originality was disputed.

Robbins again published a new book ‘Awaken the Giant Within’ in 1991. He used his own technique, ‘Neuro-Associative Conditioning’ in trying to provide his readers with personal developmental techniques. This book also got huge success in the United States.

By the year 1991, more than 100 million Americans in 200 media markets had seen his infomercials.

The ‘Anthony Robbins Foundation’ was launched to empower students and prisoners through food drives and learning programs based on Robbins’ teachings in 1991. He is very famous for his books and TV infomercials, in 1997 he started his ‘Leadership Academy’ seminar.

With the success of these seminars, he became the featured speaker on the seminar circuit sponsored by Learning Annex.

In 2014, Robbins, along with a group of investors, acquired rights to launch a Major League Soccer franchise in Los Angeles, California, currently referred to as the Los Angeles Football Club.

Tony is also the co-founder of ‘Robbins-Madanes Center for Intervention’. He founded this organization together with Cloé Madanes for the purpose of training other life coaches, helping families, and counseling people dealing with addiction.

As an author, he also has written the books: Giant Steps (1994), Money: Master the Game (2014), and ‘Unshakeable: Your Financial Freedom Playbook’ (2017), which he co-authored with Peter Mallouk.

Tony made the list of the “Top 50 Business Intellectuals” compiled by Accenture and was named among the “Top 200 Business Gurus” by the Harvard Business Press.

How is Tony Robbins’s personal life?

Robbins has been married twice. He is currently married to Bonnie Robbins nee Humphrey. The couple engaged in October 2001, got a number of scandals however now they are living happily together. They have no child yet.

Robbins had married Rebecca Jenkins(Becky) before. They met at a seminar in the year 1982. Becky had three children from her former marriages, whom Robbins adopted. However, they got divorced after 14 years of a long marriage.

Robbins also fathered a son Jariek Robbins, with former girlfriend Liz Acosta. Jairek is also a personal empowerment trainer and the only biological child of Robbins.

What is Tony Robbins’s net worth?

The famous personality, Robbins has an estimated net worth of $500 million dollars. Robbins earns his income also from his life coach and the seminars he has organized, Tony is also a successful businessman.

How tall is Tony Robbins?

The 59 year aged Tony, has a well-maintained body figure. He is a hunk or a giant as he stands tall with a height of 6ft 7inch(2.01m). He has a fair complexion with brown eyes and black hair.

Our contents are created by fans, if you have any problems of Tony Robbins Net Worth, Salary, Relationship Status, Married Date, Age, Height, Ethnicity, Nationality, Weight, mail us at [email protected] 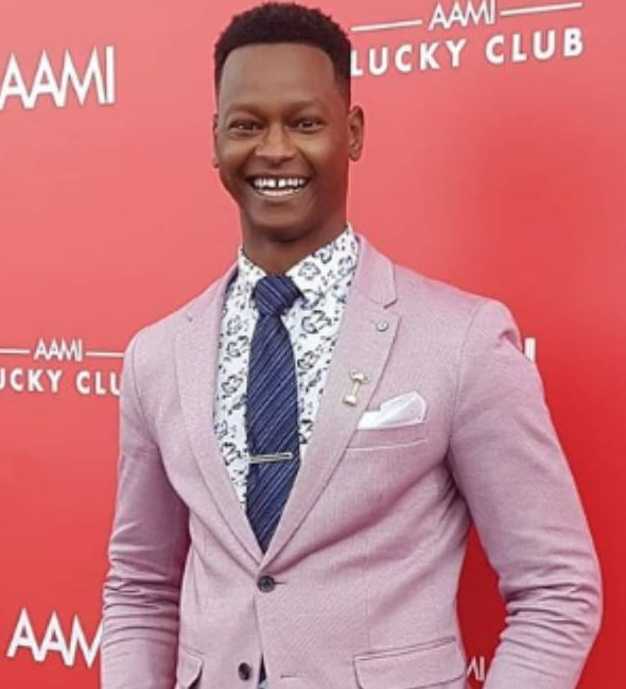