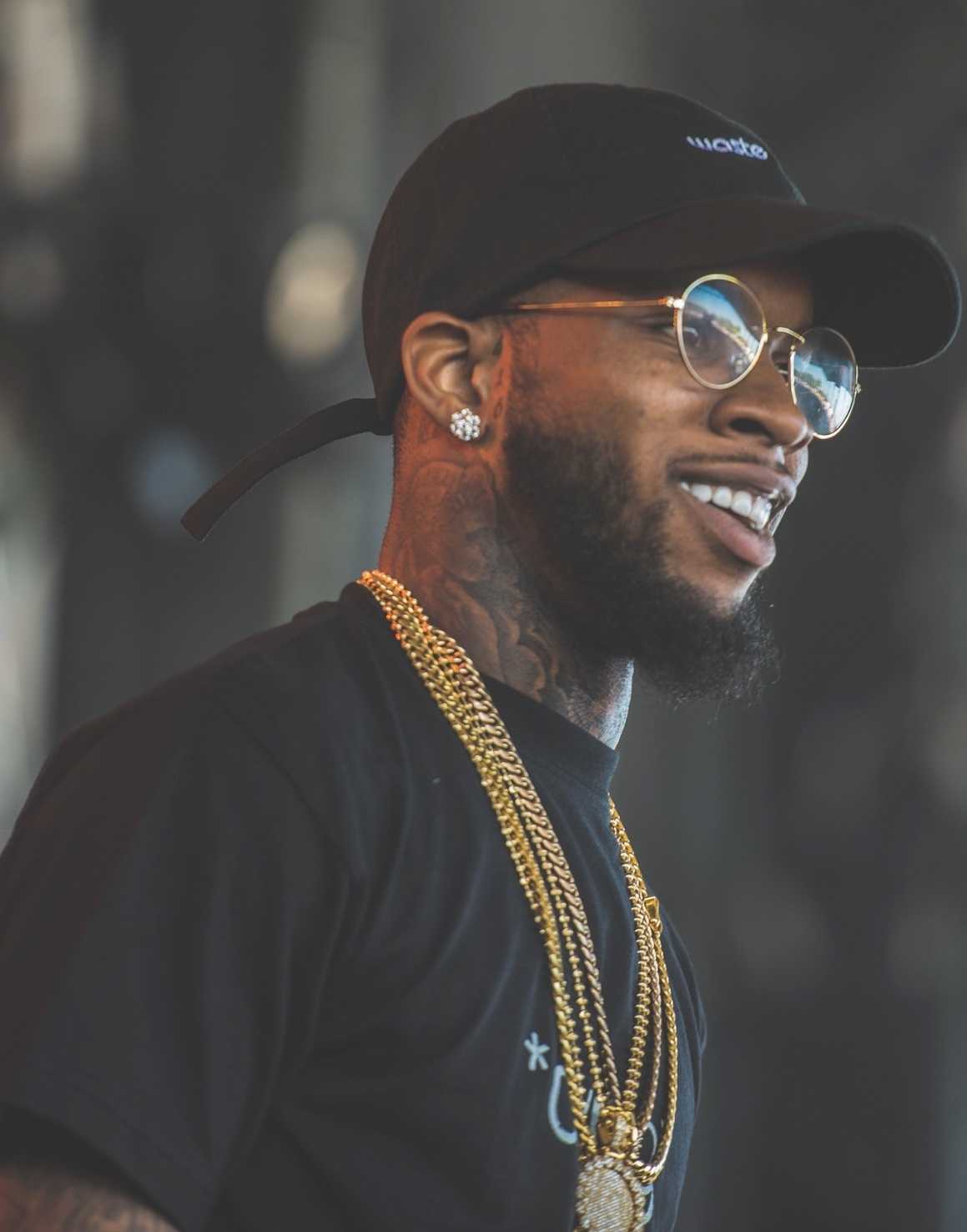 Tory Lanez, born Daystar Peterson is a rapper, singer, record producer, and songwriter from Canada. His 2014 mixtape, Lost Cause, and singles Say It and Luv made him famous. The singles peaked at number 23 and 19 respectively on the Billboard Hot 100.

Tory Lanez was born as Daystar Peterson in Brampton, Ontario, Canada to a Bajan father Sonstar and Curaçaoan mother Luella. He grew up for part of his life in Montreal before his family relocated to Miami, Florida. His mother passed on while he was still young. His father became an ordained minister and a missionary after his mother’s death. This caused the two to move frequently across the U.S. His father remarried and the family moved to Atlanta, Georgia. He is of Canadian nationality and belongs to multiracial ethnicity.

Due to behavior issues, he was sent to live with his cousin in 2006. His cousin, Dahir Abib, lived in Orane Forrest in Jamaica, Queens in New York.

He then had no choice but to go back to Toronto and live with his grandmother. But His grandmother refused to take care of him and he had to fend for himself from the age of 15 to 18. He credits this to what shaped him into the man that he is today.

Career and Achievements of Tory Lanez

Lanez started rapping when he was only 9 years old. He dropped out of high school to focus on his music. His influences include Jay Z. Kanye West, Biggie and R. Kelly. He also caught the attention of Sean Kingston. His early mixtapes include T.L 2 T. O (2009), One Verse One Hearse (2010), Chixtape (2011) and Sincerely Tory (2013). He was featured on ELHAE’s 2013 single “All Away” alongside Rick Ross. Next, he appeared on the single “Me & My Bitch” from YG’s debut, My Krazy Life (2014). He dropped the free mixtape, Lost Cause, in October 2014. It produced the singles “The Mission” and “Henny in Hand”. His debut EP, Cruel Intentions, followed in June 2015. It was released on the label WeDidlt Records. The 5-tracked EP featured productions from Baauer, RL Grime, Shlohmo and a few others.

He inked a recording deal with Mad Love Records in July 2015. The label is associated with Interscope and its headed by Benny Blanco. He closed out 2015 with the tapes ‘Choxtape III’ and ‘The New Toronto’, both released on Christmas Day. His full-length peaked at #4 on the Billboard 200 and #2 on the Top R&B/Hip Hop Albums charts. It was supported by the Billboard Hot 100 singles “Say It” and “Luv”. The latter was nominated for Grammy Award for best R&B song. He released the tapes ‘Chixtape IV’ and ‘The New Toronto 2’ in January 2017. The first four singles are “Shooters”, “Skrt Skrt”, “I Sip” and “Real Thing” featuring Future. In 2018, He collaborated on the single “Miss You” with Major Lazer and Cashmere Cat. He’s also worked with artists like Massari, BustaRhymes, Meek Mill, Sean Paul, G-Eazy and several others.

Net Worth of Tory Lanez

Rapper Tory started his career at a very young age. He sold many copies of his mixtapes and singles, earning a colossal amount. His second album, Memories Don’t Die, made it to the ‘US Billboard 200,’ which raised his net worth to the great extent. As of 2019, Tory Lanez net worth is estimated to be of $2 million.

Tory Lanez is one of the successful rappers who has showcased his talents and has amazed millions of fans. Though he is very open regarding his professional career, he has maintained silence in his private life as he doesn’t like to talk about it with others.

He has always kept his lip tight for his relationship with anyone. However, he dated quite a few girls but never talked about them. He dated rapper Trina from the year 2014 to 2015.

Recently, Tory sparked dating rumors with a former Love & Hip Hop: Atlanta star Joseline Hernandez in September. She posted a picture with Tory on Instagram where he can be seen cupping her breasts. However, neither Tory nor Joseline has confirmed the rumors. The picture is more sort of a casual picture taken for fun. Their dating rumor is probably a hoax only.

Tory Lanez is a handsome guy with a height of 5 feet 7 inches and weight of about 155 pounds. He has pairs of dark brown eyes and black hair color. Similarly, his body measurements are 38-30-35 inches including his Chest, Waist and Hips sizes. Furthermore, he wears 7 (US) shoe size and has a 14 inches biceps size.

Our contents are created by fans, if you have any problems of Tory Lanez Net Worth, Salary, Relationship Status, Married Date, Age, Height, Ethnicity, Nationality, Weight, mail us at [email protected]