Tracy Jamel Morgan is an American stand-up comedian and actor best known for his television work as a cast member on Saturday Night Live and for his role as Tracy Jordan in the sitcom 30 Rock, each of which earned him a Primetime Emmy Award nomination. 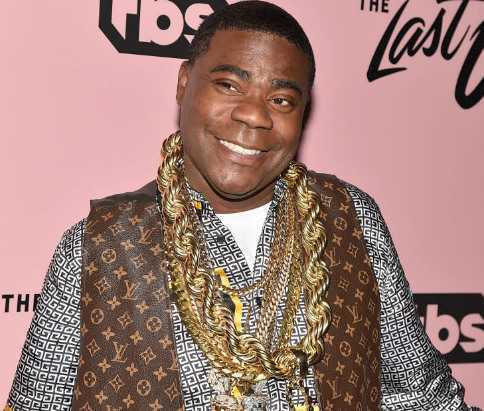 Bad news travels at the speed of light

If there's one thing I've learned in my life, it's that curiosity might kill cats, but it doesn't kill people

An American actor and comedian, who came to fame through shows such as “Saturday Night Live” and “30 Rock” as a cast member are named Tracy Morgan. He has also appeared in various films such as Half Baked, Head of State, Superhero, The Star, and What men want. He was also nominated for an Emmy Award in 2009 and in 2016. He also appeared twice on HBO’s Def Comedy Jam.

What is Tracy Morgan famous for?

Recently on 10th July 2019, Tracy Morgan hosted the ESPY Awards 2019, which has been notoriously a tough gig throughout the session. Previously in 2018, Danica Patrick hosted the “ESPY Award 2018” show where he had to go through some rough reviews and it seems now that Morgan is also going through the same fate this year.

When was Tracy Morgan born?

Tracy Morgan was born on 10th November 1968 in the Bronx, New York, US. His birth name is Tracy Jamel Morgan. American is his nationality. His ethnicity is Black. Scorpio is his zodiac sign.

He was raised in Brooklyn. He did his schooling at DeWitt Clinton High School. During his second year in high school in 1985, he learned that his father is suffering from AIDS. In 1987, he left his studies to care for his father but his father died in November 1987 at the age of 39.

After he left his studies, he started earning money by performing comedy on the streets which was suggested by his best friend. His best friend was murdered after a week he suggested to him. Then, he embarked on a stand-up comedy career.

The career of Tracy Morgan

Who is Tracy Morgan married to?

The American actor, Tracy Morgan was married to his high-school girlfriend, . They tied the knot in 1987. They dated each other since 1984. He has three sons named Tracy Morgan Jr, Gitrid, and Malcolm Morgan from his first marriage. The couple got divorced in 2009.

At present, he is married to his longtime fiance, Megan Wollover. They tied the knot on 23rd August 2015. They dated each other since 2011. Megan is an American model. The couple gave birth to a daughter, Maven Sonae Morgan on 2nd July 2013 before their marriage. His family currently resides in New Jersy.

Tracy Morgan had a kidney transplant in December 2010 as his kidney got damaged by diabetes and alcohol abuse. He started suffering from diabetes in 1996 and he also struggled with alcohol abuse.

He initially did not take him seriously but later, he realized that it can be dangerous for his life. His kidney transplant was successful without any problems.

What is the net worth of Tracy Morgan?

The American actor and comedian, Tracy Morgan earns a good amount of money from his profession. He has an estimated net worth of $12 million USD as of 2019. His worth includes all his property and his present earnings. He is living a luxurious life with his earning.

How tall is Tracy Morgan?

The 50 years aged, Tracy Morgan has a well-maintained body. He has many fans due to his cute look and his politeness. He stands tall with a height of 5ft 9inches(1.74m). He has a bodyweight of 84kg(185 pounds). He has a dark complexion with black hair and brown eyes.

Our contents are created by fans, if you have any problems of Tracy Morgan Net Worth, Salary, Relationship Status, Married Date, Age, Height, Ethnicity, Nationality, Weight, mail us at [email protected]