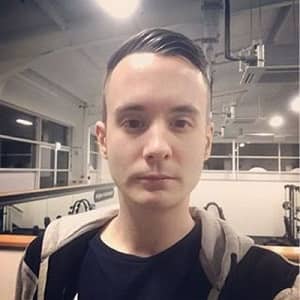 TwoSync Chris is a  famous British YouTube star and FIFA gamer. He earned popularity after featuring with his brother in number of videos.

Additionally, he and his brother started the YouTube channel and sharing videos about games.

Where is Twosync Chris from?

Twosync Chris was born on January 29, 1990, in England, the United Kingdom. He holds a British nationality and ethnicity is unknown, and is currently 30 years old. There is no information about Twosync’s parents. He has two siblings, Mat and Katie.

Additionally, Chris and his brother Mat has been a huge fan of soccer since childhood. Whereas, both of themselves have often competed with each other in video games they play.

Talking about Twosync’s education, there is no information regarding his education qualification.

How did Twosync Chris rise to stardom?

Chris joined Youtube on January 23, 2013 and has 1.54 Million subscribers as of February 2020. He has also a youtube channel named TwoSync which he runs collaboratively with his brother Mat. Twosync brothers also gained popularity through Youtube gaming.

Additionally, Chris and his brother started this channel to share videos about games. Before that, Chris used to appear many a time in ‘Join me for tea’. In addition, it is a popular series which is a comedy chat show. In this show, Chris also used to discuss real-life topics.

However, after he also made the channel Twosync, the duo made their videos only game-related content. Likewise, they made videos mainly focuses on games like football; FIFA 20, RTG videos, Squad builders, and other games-related videos. Similarly, his posts are FIFA gaming content which consists of videos like Ultimate team videos, squad building, challenges, pranks, pack opening, and many more.

Moreover, in such Q&A videos, he has also shared some life tips, YouTube tips, and also his favorite TV series. Whereas, the duo has fans from throughout the world but mainly from countries like Netherland, Australia, Ireland, and England who love their contents.

What is the Net Worth of Twosync Chris?

Twosync has an estimated net worth of around $1.4 million. Chris also earns a decent amount of earning through his vlogging. Moreover, he has also started an online business with his brand TwoSync. Also, they have a website named Syncofficial.com where he sells merchandised products like Hoodies, caps, mugs, T-shirts, etc.

How tall is Twosync Chris?

He has black hair and dark brown eyes. But, Chris’s height, weight, shoe sizes are unknown.

Is Twosync Chris dating anybody?

Twosync Chris is currently single. Additionally, he has kept his personal life and professional life separately. However, he may have been in a relationship at least once, which is not disclosed in any of his social media.

Our contents are created by fans, if you have any problems of Twosync Chris Net Worth, Salary, Relationship Status, Married Date, Age, Height, Ethnicity, Nationality, Weight, mail us at [email protected]